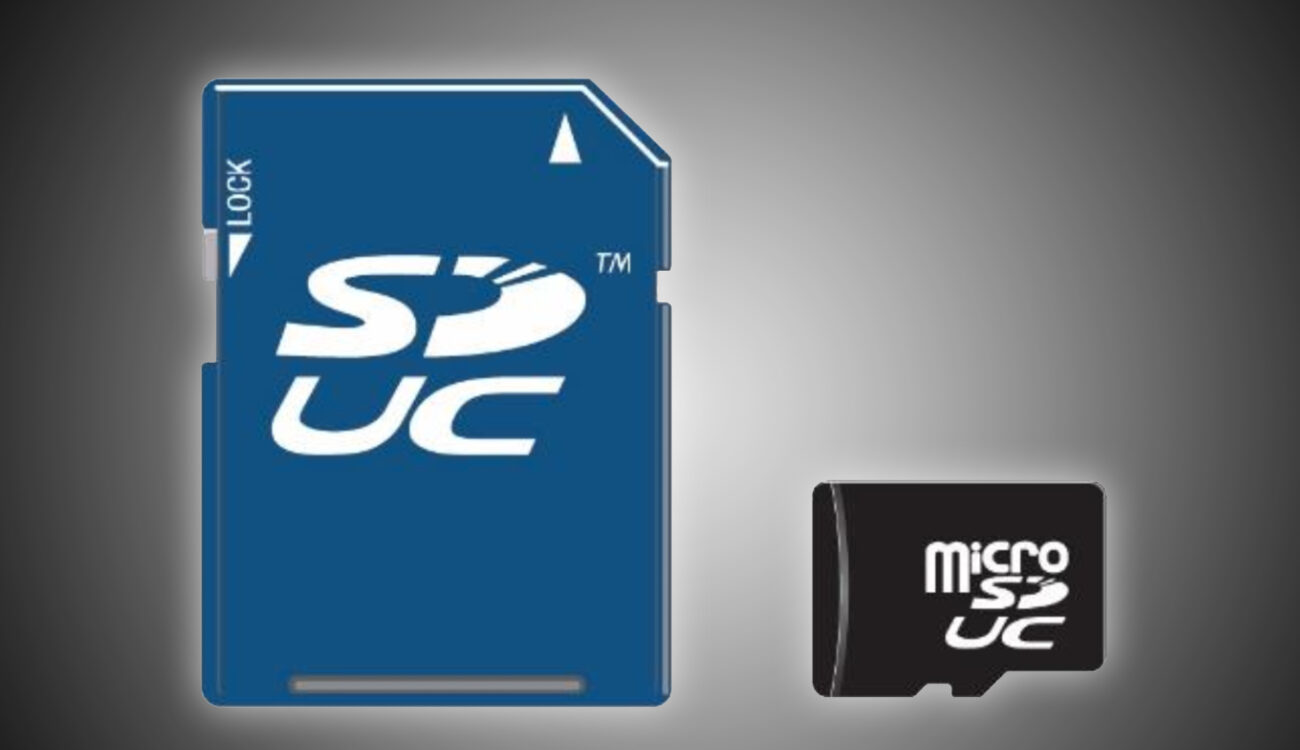 The SD Association just announced a new standard of SD cards which paves the way into the (very data-hungry) future: SD Express combines gigantic capacities of up to 128TB with SSD-like transfer speeds in order to keep pace with the developments of the tech industry. 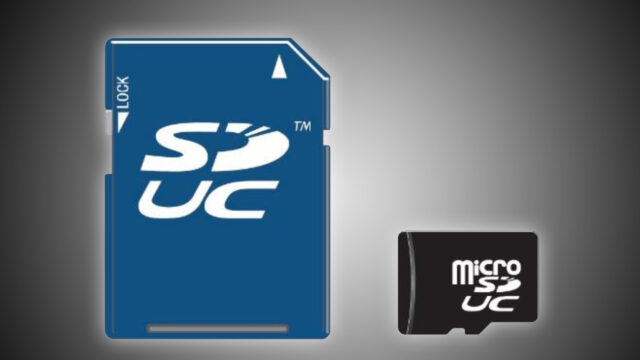 8K Video. Super Slo-Mo. RAW. Virtual Reality. All these buzzword share the same needs: Lots of storage capacity and lots of speed. The SD Association quenches that thirst with the  announcement of the all-new SD Express standard. It supports capacities up to 128TB and transfer speeds of up to 985MB/s. And, best of all, it’s backward compatible.

Best of both worlds, so to say. The high speeds of nowadays SSDs and the widely implemented SD form factor result in a very neat product. I honestly have no idea how to squeeze something like the claimed 128TB into such a small card, but that’s probably a question for the manufacturers. In the meantime, watch the official introduction video by the SD Association:

SD Express is the 7th version of the SD standard. What startet in 2001 with a maximum capacity of 2GB and 25 MB/s is now mature with capacities up to 128TB (that’s 64.000 times the capacity of an 1st gen SD card) and with transfer speeds of up to 985MB/s ( 40 times the speed). With a 128TB SD UC (as in ultra capacity) you could carry your whole library of movies, music and everything else with you, I guess. Well, at least in 2018, who knows what kind of capacities we’ll need in 10 years time. 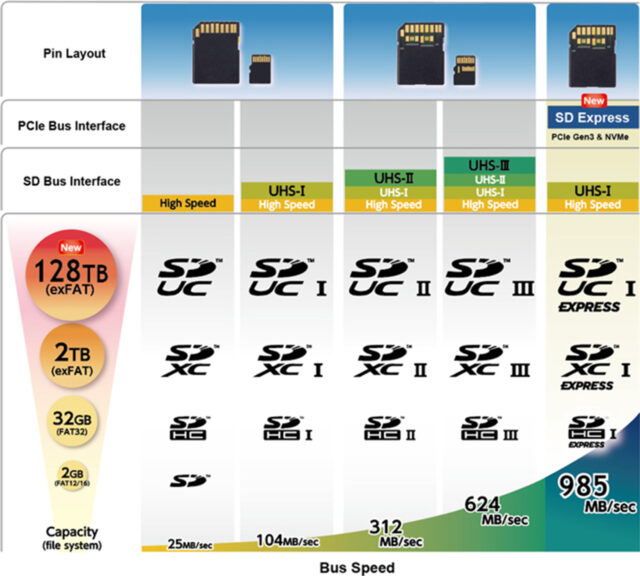 Since this is not a new product but a new standard issued by the SD Association, we’ll have to wait a little longer until SD Express cards will hit the shelves. And I guess these won’t be cheap in the beginning. But the future of SD cards seems to be a bright one. I kind of like the idea of carrying a bunch of standard SD cards for shooting rather than buying super-expensive proprietary cards for each camera I shoot with.

If you are tech savvy and want to know more, read the official whitepaper on all the details of the new SD Express cards.

What do you think? Are SD cards the go-to storaga and capture medium for future cameras and devices? Share your thoughts in the comments below!