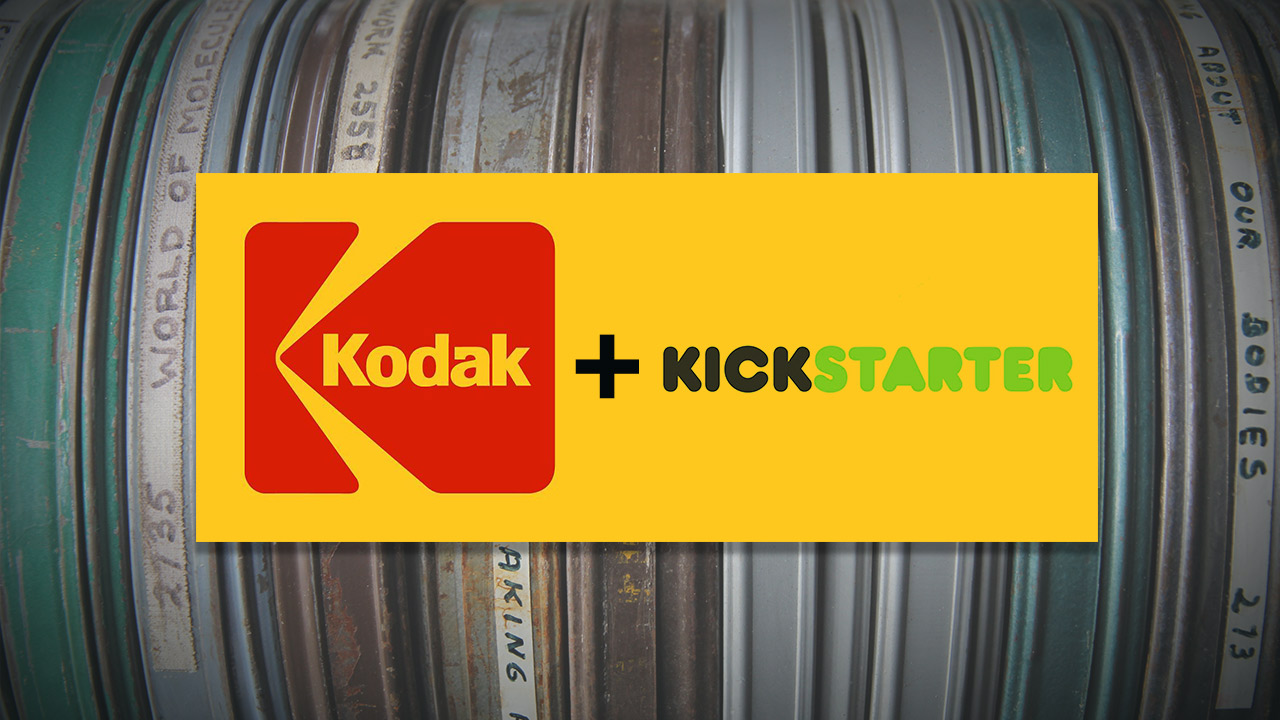 There is no doubt that motion picture film still has a certain unmatched allure, and it’s a medium that is clearly sticking around… indefinitely, if Kodak have their way. However it is prohibitively expensive for most of us digital junkies. Kodak have partnered with Kickstarter to try and change that. 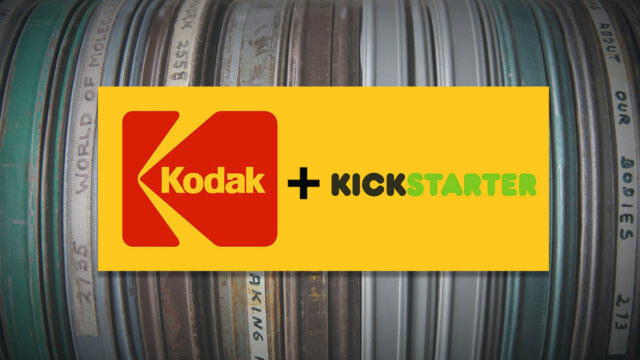 The new program is open to any artists launching a Kickstarter campaign in order to bring their vision to life utilising 35mm or S16mm film. Kodak will supply a certain amount of film stock to qualifying filmmakers for free.

Four directors have been announced as the premiere participants in the initiative and will launch Kickstarter campaigns this spring. They include Derek Ahonen (The Transcendents), Antonio Ferrera (Nomad of Art), Daniel Levin (Bagatelle) and R. Paul Wilson (DarkFall).

But that’s not all.

As part of the program, William Morris Endeavor’s Global Finance and Distribution Group will mentor filmmakers on packaging, financing and sales strategy.

Free film…? Sounds good. But as a digital filmmaker, here’s what you need to know before you jump into your glorious technicolor celluloid dream.

How does it work?

According to Kodak’s press release:

Once program participants are selected, Kodak will provide either 35mm – or – s16mm film (negative, intermediate or print stock) of the filmmaker’s choice, free of charge, correlating to the amount of money raised by the Kickstarter campaign:

Additional film stock above and beyond this will be supplied at a discounted rate, as it’s not likely that the free stock will be sufficient for an entire feature. 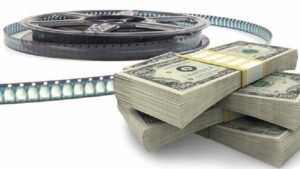 This all sounds great, but it is important to consider the full implications and costs of shooting film, and the additional lab and scanning requirements. As a producer myself, and one who has been through all this many times in post, as well as in considering film vs digital when budgeting projects, I can add some additional insight you might not find elsewhere.

Kodak are legitimately trying to help here, but it’s still going to be expensive, even with some free film stock. Costs are going to add up in ways you are not at all familiar with coming from a digital background. Post workflow is also different, and can be substantially more complicated for the uninitiated; it’s very likely you’ll need professional input and support for a film post workflow.

You need to learn new terms such as keycode, a coding system that will make sure your footage always links back to your physical camera negative throughout the editorial and finishing process. You’ll need to account for syncing audio to your film rushes, and much of this you won’t want to try and do yourself: you’ll want to employ lab, dailies or facility based services to do it all correctly.

Your digital workflow needs to be film friendly and, realistically, your personal editing and grading equipment that perhaps works great with 6K R3D RAW is likely not ready to deal with playback of uncompressed 4K DPX film scans. This means you may need to negotiate with a post facility for finishing. You may also need to consider bringing in a dedicated post producer or post supervisor that knows the ropes.

How much film does a feature require?

Before going into any of the numbers, I encourage you to install Kodak’s great Cinema Tools mobile app (click for more details). 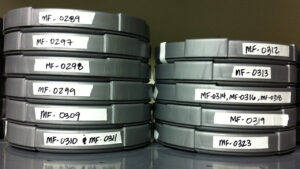 If your name is not Tarantino, pushing any would-be distributor for a 35mm theatrical release is ludicrous. So let’s calculate for 3-perf 35mm acquisition only, not taking into account requirements for D.I. (Digital Intermediate) and 35mm release prints.

The maximum Kodak will offer through this Kickstarter partnership (assuming a budget over $100,000) is $20,000, or just over 40% of the total required. You’ll need to budget to buy the remaining 60% of your necessary stock at whatever discounted rates Kodak offers.

There are very few shortcuts when shooting film, and this is why the digital revolution was so complete and permanent. This is also why production budgets today are 10% of what they used to be. 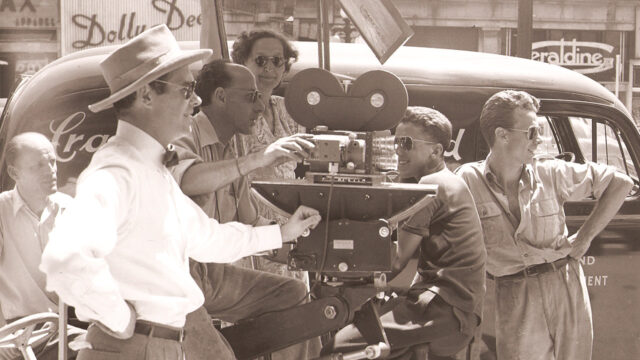 There are some options when it comes to purchasing 16mm camera equipment and lenses, but if considering 35mm, you will be renting. There is no cheap equipment when shooting film, and the same high end PL-mount cinema primes and zooms you might hire for a high end digital shoot are the ones you’ll be hiring for an Arri 435, along with all the cinema grade accessories and extras… matte boxes, filters, and heavy-duty supports and dollies.

You’ve entered the world of camera, grips and lighting trucks, generators and all the associated logistics… along with a much larger and more specialised crew.

Welcome to everything you’ve likely been able to avoid or at least drastically scale down with your digital cinema camera package. Remember, if you’ve ever complained or scoffed at a native 400 ISO being too low with a digital cinema camera… your most sensitive film stock tops out at ASA 500. There is no “low light” talk when shooting film… there is only light, and lots of it, as much light as possible.

You’ll be introduced to the clapper loader, who will be loading and unloading your camera mags in a light proof changing bag, a camera assistant who knows film, and you’ll need a DP who remembers what a light meter is and still knows how to use it. You’ll need assistants and runners, there’s no shortage of things that need doing on set. If you need on set playback, it’ll be thanks to a video assist operator. 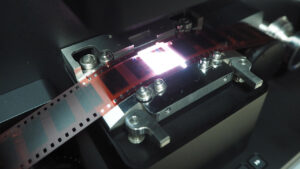 We need to talk about lab costs and scanning. Development and prep for telecine/scanning usually runs about $0.17 per foot, and a typical 4K/6K scan could be $0.70 per foot for pin registered 4K or 6K DPX (to hard disk… need to budget for those, too).

Now, you don’t need to scan everything. A much cheaper HD resolution “best light” transfer is all you need for editorial, and that will only run $0.10 per foot. You only need a pin registered 4K or 6K scan of the shots called for in the locked edit (with handles). This will be performed by providing the correct EDL data (with Keycode) to the lab doing the scanning after edit lock.

I consider myself lucky to have been messing around with 16mm before I really dived headlong into digital cinematography. And I jumped on the RED bandwagon early on, never to look back, so there’s no bias against the clear advantages of digital tech for me. However, even in this age of 8K, 16 stop sensors and the promise of Lytro’s light field cinema imaging, I would shoot celluloid in an instant if there was budget, and if it was the right choice for the project.

In some cases, for various reasons, it’s an artistic choice, and I for one am pleased Kodak are still making and selling motion picture stock, and we all still have the option.

There are pros and cons to both mediums, and arguing them is not the purpose of this article. In fact it’s been argued to death many times over.

Kodak have been pushing hard to fan the flames of a small, but legitimate revival of interest in celluloid. Time and the success or failure of efforts such as the new Super8 initiative and this collaboration with Kickstarter will determine if this fizzles out or catches on in the low to medium budget indie market.

There is interest and real potential demand, but for any producer that counts all the costs, $20,000 of free film stock may be a drop in the bucket. There’s a good reason film is still the choice of only a few elite Hollywood directors, and I hope I’ve broken down some of the costs involved in an understandable way.

Think long and hard before you start planning that Kickstarter campaign. I wouldn’t consider shooting even bare-bones 35mm on any project budgeted under a few million dollars, and for producers raising that kind of financing, Kickstarter can only be a part of the overall financing solution.

To be fair, s16mm is a far more realistic format for this program and it’ll be interesting to see what comes out of this partnership.

Filmmakers interested in participating in the Kickstarter-Kodak initiative and want more information should email:  [email protected]