Since the launch of Sigmas Global Vision Line, we’ve seen some fantastic lenses come out of the revamped outfit. The 18-35mm f/1.8 is the fastest stills zoom lens in production, and the 35mm f/1.4 and 24-105mm f/4 OS both offer fantastic image quality and price tags in two very competitive focal ranges.

We’ve been teased with the 50mm f/1.4 for some time from Sigma; the latest installment to their Global Vision Line. With no initial price tag, and claims of comparisons to the Zeiss Otus 55mm f/1.4, Zeiss’ $4000 “no holds barred” lens, The Sigma 50mm f/1.4 DG HSM has created much buzz. With the lens now available (in limited quantity), will it hold up to the hype?

I was hoping to catch a glimpse of the Sigma 50mm at NAB, but sadly the Las Vegas show came a little too early. I did however have a good look at the Zeiss Otus, and concur with all written documentation on the lens; it’s simply superb.

Like all, I can’t hold my own true opinion on the Sigma 50mm f/1.4 DG HSM until I try the lens out first hand. However there’s a decent amount of information already available providing good grounds to get started.

Consensus so far? It appears we’re looking at another fantastic lens from Sigma, outperforming the Canon 50mm f/1.2 in nearly all regards for video, and indeed giving the Zeiss Otus a good run for its money.

Here are a couple of references to back that claim. The following information is taken from Bryan Carnathan’s fantastic review of the Sigma lens. With all photography equipment, his reviews are thorough and comprehensive. Whilst a lot of it is not relevant to filmmakers, I’ve highlighted some key points in his analysis that we may find interesting.

One of the most popular attributes to any lens analysis is its sharpness and ability to resolve fine detail. Here the Sigma performs superbly.

Below are resolution charts, comparing the Sigma and Zeiss 50mms at their respective maximum apertures. As you can see, the results in the centre are very similar, with the Zeiss lens taking the lead as you extend into the corners. It’s the strong corner performance that I noted when examining the Otus at NAB. All Canon 50mm counterparts were inferior in all aspects of the frame here. The Sigma also performs well in vignetting, outperforming both flagship Canon and Zeiss 50-somethings by a stop at f/1.4.

In the same analysis, the Sigma 50mm f/1.4 DG HSM dealt well with flare, and produced a normal amount of chromatic aberration for a wide aperture prime.

It falls behind in build quality, unlike the Canon 50mm f/1.2, the Sigma is not weather sealed, and it doesn’t come close to the build of the Zeiss Otus. It’s lighter and smaller however.

Below we see a comparison where the Sigma shines again. It outperforms both Zeiss Otus and Canon 50mm f/1.2 in distortion. 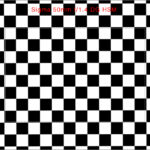 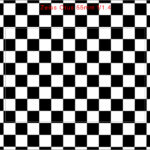 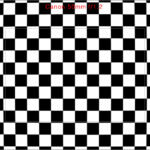 I’d like to see how the lens breaths with focus, and the short focus throw might not be ideal for video. However there is a feature accessible via the USB dock to extend the focus throw which could be interesting (although due to the physical focal distance window I’m not sure how wide this adjustment can be). Either way  some very convincing evidence here to suggest the Sigma 50mm lives up to the hype. Here are the base specs.

What’s more, the price is right. Many thought that the new Sigma would be priced in a much higher bracket to others in the Global Vision Line. However the 50mm is much more aggressively priced at sub $1000, which is sure to pave the way to another very successful lens from Sigma.