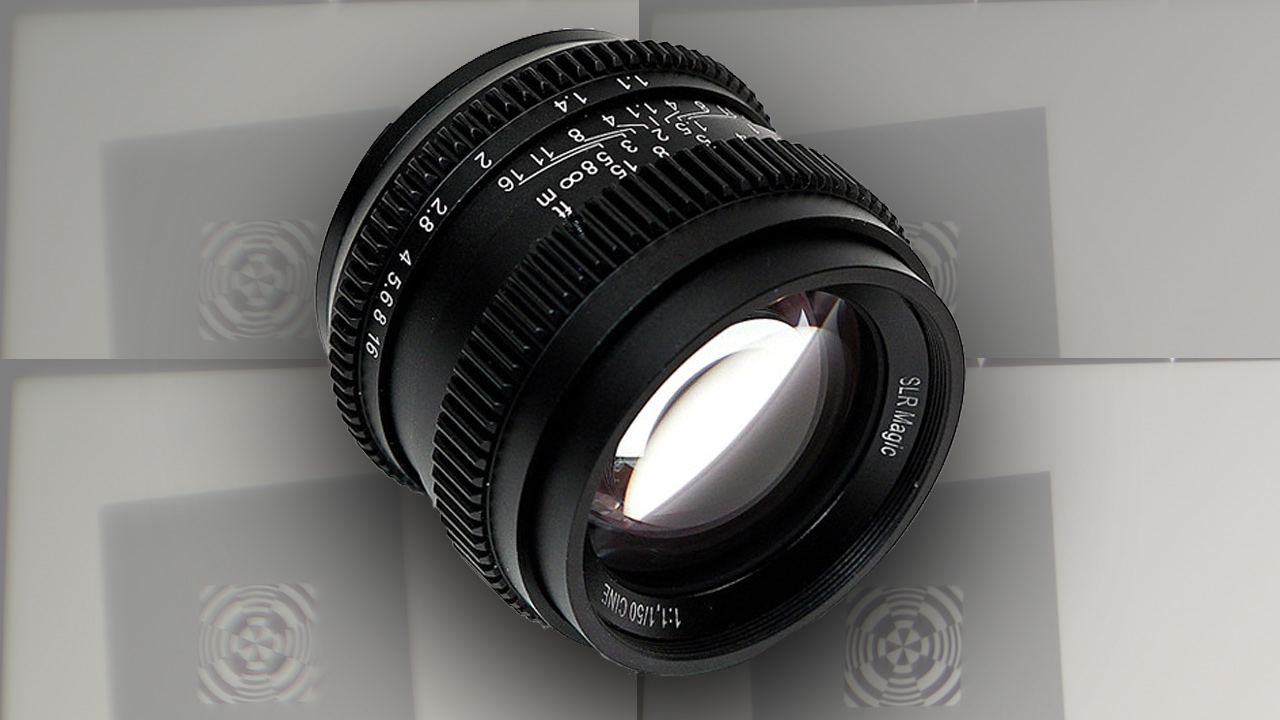 The new SLR Magic Cine 50mm f/1.1 is just about to start shipping and a fresh copy of the renewed lens just landed on our table. As previously described in my original news post, the prototype had suffered from some serious limitations which strongly affected its performance especially when attempting to film at a wide open aperture.

You might (like us) be asking yourself how a manufacturer can improve the optical performance of a lens in just under a month? Apparently it is absolutely doable! My hat off to SLR magic for listening to our remarks, holding production, improving the overall lens performance, adding a lens shade to combat lens flares at no additional cost and delivering an upgraded product just in time for the new year….

Below you can see photos compering the new vs old lens. 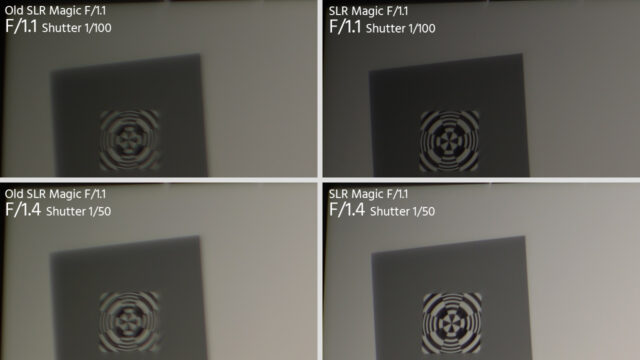 One of the problems were the very soft left side corners of the lens when the aperture was wide open. (The right side looked sharper). As you can judge from the above photo (crops from the upper left hand corner of the image produced by the lenses), this is no longer the case. The optical performance of the SLR Magic Cine 50mm f/1.1 was significantly improved and now is matching the right hand side of the lens. Please note that the sharpness at the centre of the lens stayed almost identical to the original prototype. Strong vignetting at F/1.1 is making the overall image, but especially that upper left hand side crop you’re seeing, darker.

All in all, well done SLR Magic! (And as a side note, I truly enjoy using that lens for taking portrait photos!)

The video below was taken with the PROTOTYPE LENS. I’m sure that the new version will satisfy most users even better.