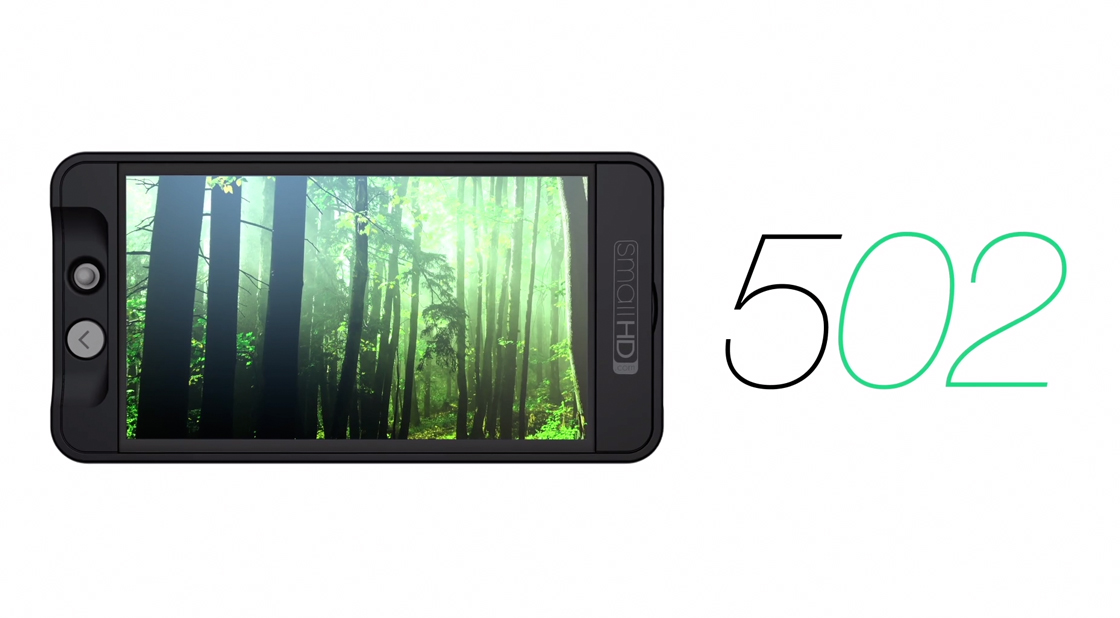 SmallHD has announced a new 5″ monitor, the 502 has a compact FullHD screen and loaded with features such as SDI/HDMI cross conversion, advanced scopes and 3D-LUTs. The SmallHD 502 comes in at the smaller end-of-the-scale for on-camera monitors, with a 5″ screen and weighing less than a 1 lbs you’d be forgiven for mistaking it as a smartphone.

What the 502 lacks in size it makes up for in resolution, with a 1920X1080 LCD display and pixel density greater than the iPhone 6 (441 pixels per inch); most monitors of this size (including the flagship SmallHD DP7 line) will be around 720p.

“As far as color and contrast are concerned, the 5-inch display is again, best-in-class. The 502’s LCD display is able to produce 85% NTSC Color Gamut (greater than the REC. 709 color standard), rivalling the color capabilities of OLED technology.” HDMI and SDI are compatible both in and out, cross converting either signal also (nice!). Dual LP-E6 slots on the back take care of power and an SD slot on top presumably for firmware and 3D-LUT support; yep the 502 has 3D-LUT integration.

“Building upon the 3D LUT functionality of the DP7-PRO Series, the 502 will allow shooters to apply an even higher resolution, more accurate 3D LUT, in real-time. The value of a tool with this much processing power is amplified when you consider its extremely low profile and compact size.” Two top buttons, a front facing button and a handy joystick help navigate through the 502s functions and features; no touch screens here. I’m pleased with this choice, touch screens can be a pain with creating shake on your camera setup when adjusting settings, and keeping the screen clean is a nightmare.

A Bluetooth remote will also be released that mirrors the front button and joystick.

Some may consider a 5″ screen too small, but putting in in context of an operators device, it makes sense. It’s very compact and at 6oz is incredibly light, it adds very little bulk to your setup. On a Gimbal, small DSLR or mirrorless camera this will slot right in to your workflow.

Check out the SmallHD website for videos on the features of the 502. I’ll update this page with a purchase link as soon as one surfaces.

My colleague Nino Leitner had a chance to check out the new 502 monitor at a recent event before launch and was impressed saying, “It’s a brilliant little monitor that should work perfectly on something like a MoVi or Ronin – and it’s very crisp. The interface design is something that SmallHD did get right in the past, and they did again this time. People should also keep their eyes peeled on this product as SmallHD are going to extend its functionality very soon.”