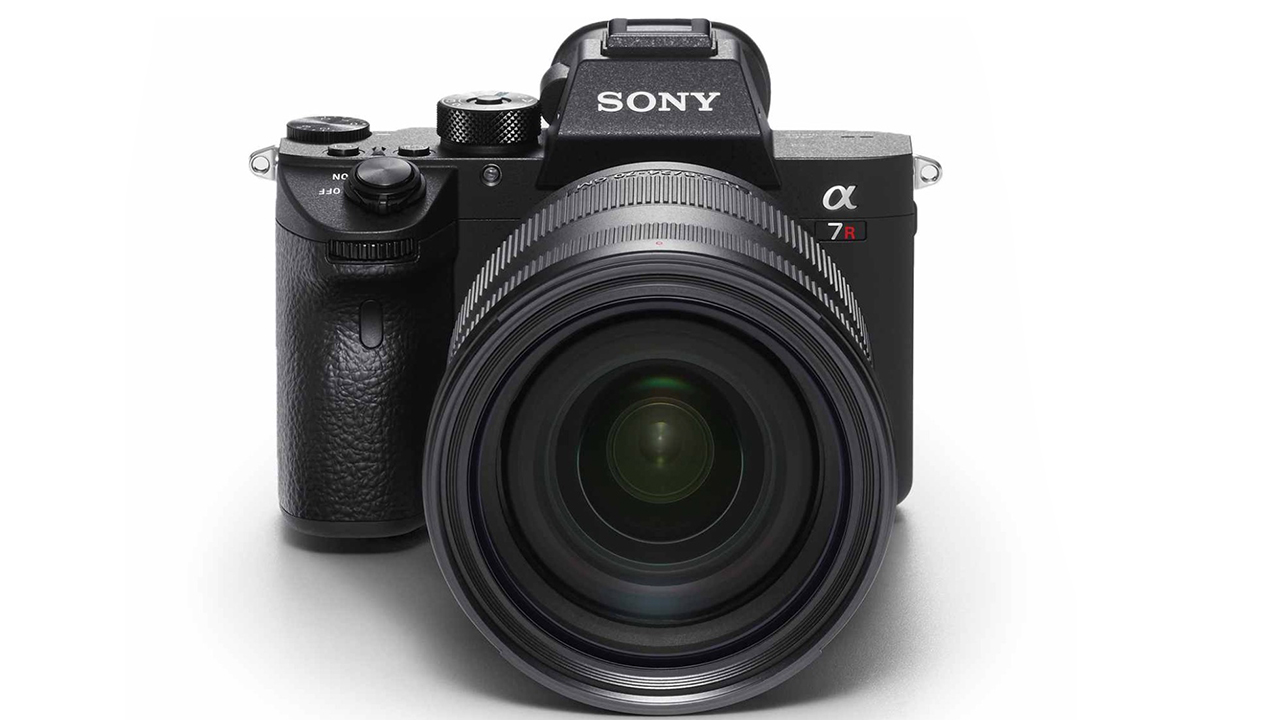 Today is a Sony announcement day that sees the unveiling of the Sony a7R III and 24-105mm f4 zoom, and the announcement of an upcoming 400m f2.8 G Master lens. 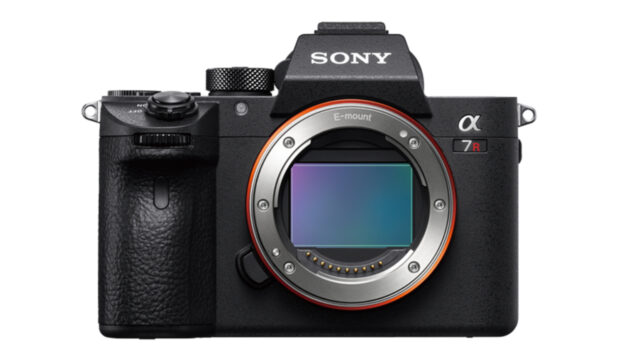 The wait is over: Sony has finally unveiled the first in the new generation of the A7 series. As always, the Sony a7R III comes at the vanguard of the new announcements – ahead of the A7 and S models – and this time brings a host of improvements to existing features and a few new surprises.

As expected, the new Sony a7R III brings a high pixel-count sensor, with its 42.4MP of resolution once again making this the model aimed primarily at professional stills photographers. The camera’s back-illuminated Exmor R and BIONZ X processor make this model capable of capturing 10 still frames per second, for a buffer of 76 continuous compressed RAW or JPEG images. ISO is available from 100-32000, and Sony claims that noise has been reduced by up to a full stop. 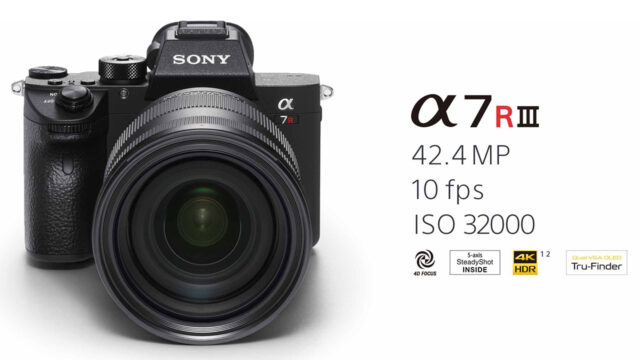 All of this with the advanced autofocus capabilities we have come to expect from this line’s R model, thanks to its 399 phase-detection AF points across 68% of the image, in addition to 425 contrast-detection points. Sony also claims that the camera’s Eye AF performance has been improved when the subject is moving, backlit or looking down.

Just like with the II, the new Sony a7R III is capable of recording internal 4K in both full-frame and Super 35mm modes. As you may remember from some of our camera tests of the previous generation, the A7R II offered a better 4K image in crop mode, so it remains to be seen whether this will still be the case with the a7R III (take a look at some comparisons here, and our review here). It’s worth mentioning that the camera also supports proxy recording for easier editing of high-resolution videos, particularly useful when dealing with the relatively processor-intensive XAVC codec. Additionally, one of the biggest improvements to the video capabilities of the camera is the ability to achieve an increased resolution of 5K in Super 35mm mode thanks to an oversampling of a 15MP section of the sensor.

The new a7R also now offers Slog3, a feature only found in the previous generation’s S model and that promises up to 14 stops of dynamic range. This picture profile, along with that camera’s low-light capabilities, made the S the favourite among filmmakers, but now that the R also offers Slog3, it becomes much more of a crossover camera. This of course can make the decision for potential buyers that much more difficult, so let’s just see what unique features the a7S III has to offer when it’s eventually announced!

Another important video aspect of the camera is that it will offer Sony’s Instant HDR workflow thanks to its support of the Hybrid Log Gamma picture profile, allowing for HDR capture and reproduction with compatible displays and requiring no colour correction. This is a feature recently available in other Sony cameras such as the FS5 (read our article about it here). 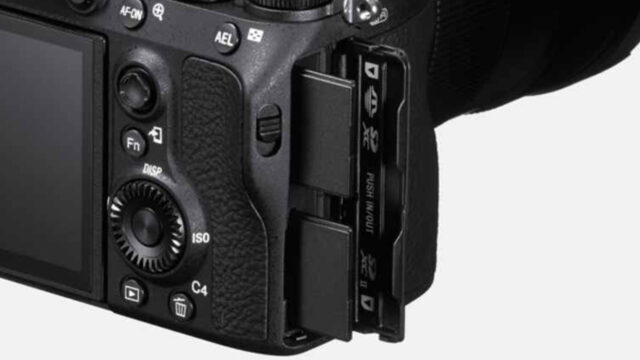 Although the camera body itself doesn’t seem to offer much of physical overhaul, there are a couple of enhancements. The most significant is the addition of a second SD card slot, allowing for simultaneous or relay recording, separating saved media by kind (for example between RAW and JPEGs, or between stills and video), and copying data between cards. Dual card slots can turn a camera into much more of a professional tool, and is one of the features that made some people consider moving over to the Panasonic GH5 camp.

The Sony a7R III will take the new NP-FZ100 batteries introduced with the Sony A9, meaning an improvement over the battery life that you may be used to with earlier A7 models. Another improvement is an enhanced 5-axis in-body image stabilisation system, which allows for a shake compensation of up to 5.5 stops.

Another nice improvement: the addition of My Menu, a customisable menu folder where you can store your favourite settings for easy access, saving you from navigating through those endless Sony menus.

The new Sony a7R III seems like a real step up from its predecessor, offering some solid improvements for stills and video shooters alike – and can perhaps prove to be a competitor to Sony’s own flagship A9. The Sony a7R III will be available by the end of November for just over the $3,000 mark. For more information, head over to the Sony product page.

In addition to the a7R III, Sony also announced a couple of new additions to its lens line-up. 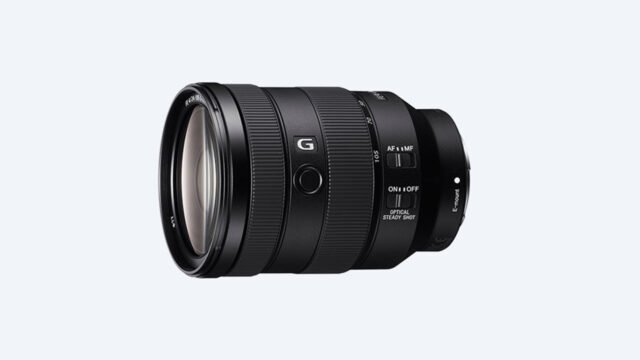 Most notably, Sony now joins the 24-105mm club, offering this popular zoom now natively. The FE 24-105mm F4 G OSS offers a small and compact design which will undoubtedly seem even more so for those used to shooting with similar lenses on Sony cameras via an adapter. This very useful focal length range offers flexibility from wides to telephoto, and the optical image stabiliser makes it also a good option for video. This zoom will be available for $1,300 and will start shipping next month.

In addition, Sony also announced that a new G Master lens is currently under development. The FE 400mm F2.8 GM OSS Super-Telephoto will be joining Sony’s top range of professional lenses, and will be an ideal addition for sports and wildlife shooters. It is expected to hit the market in Summer 2018.

So there you have it – a day of important Sony announcements that will no doubt have shooters considering what they will be adding to their wishlist this holiday season. What do you think? Let us know in the comments.