Slowly but surly we are approaching the end of the year, and just before saying goodbye to 2017 I wanted to clear my desk and publish my impression and footage taken with the Sony a7R III.  The camera is currently shipping and during my last visit to Japan I had a chance to test it.

Sony a7R III – Extract from the above video

Unfortunately, the camera I was given by Sony was a local one – meaning, the menu structure was all in Japanese and there was no easy or fast way of changing it to English. So after receiving it I made sure that I’m adjusting some basic settings like resolution (4K UHD), picture profile (S-Log 2), frame rate, (24p) and such correctly. However, because of the limited understanding of the menu, I wouldn’t name my article a full review but rather ask our respected audience to look at my observations and footage as me just sharing some first impressions.

Alongside of having the Sony a7R III camera, I also asked for the new Sony 24-105mm f/4 lens as I wanted to see how well (or not) those are working together. I was pleasantly surprised to see that this combination is very easy to use and although it is an f/4 lens, together with a (very) lowlight sensitive a7R III, the results were impressive.

Sony a7R III – Extract from the above video

While having the camera for a relatively short time, it always felt as being a very responsive flexible working tool. No matter what I filmed with it and at what time of the day/night, the camera always produced nice looking video images.

What I would like to see being improved is the stabilisation system. Shooting handheld à la tripod mode pointing at a subject functioned well but when moving (walking) and following a subject, there is still some improvement to be made. It is also worth mentioning that’s like its predecessor, the Sony a7R III does not add any new frame rates so if you are in the market for a camera that can shoot in 4K and 50/60 frames per second, then this one is isn’t the one for you. Also, the rolling shutter doesn’t seem to be improved at all, unfortunately. I also noticed still some moiré on the full frame shooting mode which is the one I used. 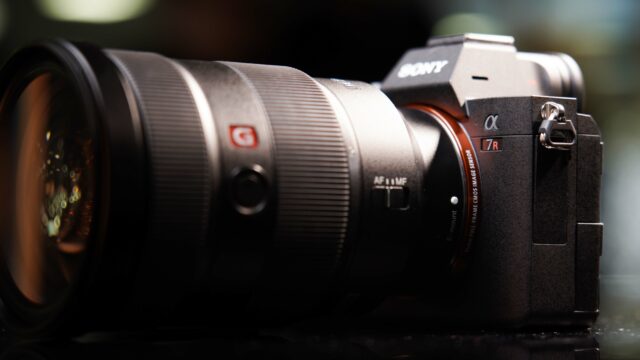 Sony did quite a bit to improve the visual quality of their 4K video in the A7R III from its predecessor, and in my opinion it is now the best hybrid camera they ever produced. I’ve seen professional photographers showing some amazing photos that were captured with it and I can certainly report from first hand that the camera performs very well in different filming conditions. (And for those who are concerned about the overheating issue, well, it did not occur while I was shooting but this might be meaningless as we are all working in a different space and under different temperatures).

So, if this camera is so nice to work with, is there any obstacle in getting it? Well, the answer might be its’ biggest “enemy”,  Sony’s own non (yet) existing camera, namely, the a7S III. If I was currently in the market for a new Sony full frame mirrorless camera that can shoot video, I would certainly have in mind Sonys’ past tradition of labeling the a7S family of cameras as “video orientated” and “low light killer”, so while the a7R III is an excellent all around performer, Sony will have to offer something extra in order to capture the heart of filmmakers with the future a7S III. How valuable this extra feature is yet to be seen, but the knowledge that Sony is running 2 very similar yet different camera lines might be enough for many to delay their purchasing decision and wait for the next best thing from the same company.

The video above is Featuring the work of Takashi Miura-san. Please visit his page by clicking here.

A huge thank you for Irwin Wong for helping in producing the above video. You can find more about his amazing photography work by clicking here. (And thank you for Mrs. Wong for being my model).

Music supplied by Art-List Themes: To Edinburgh by The Highlands & Blossom by Blossom Learning.