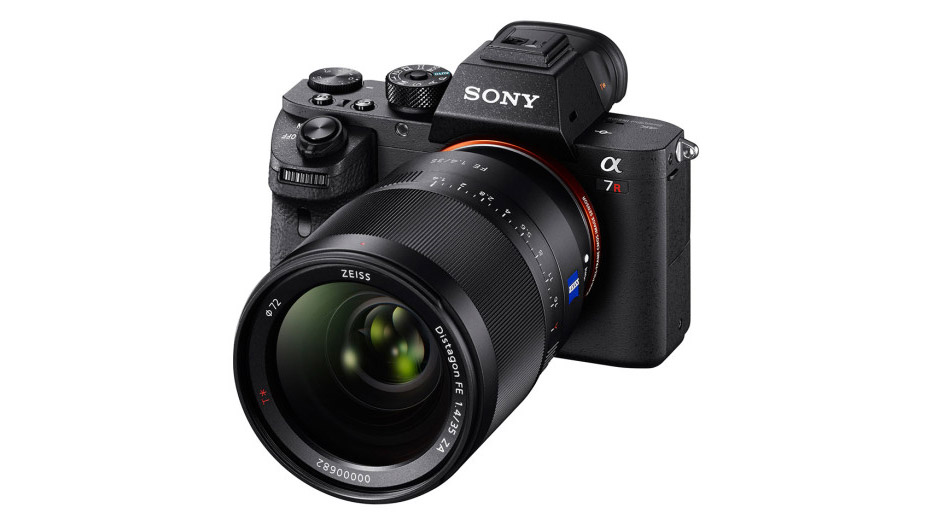 Sony just surprised everyone by announcing the Sony A7rII, the new generation of its high-resolution interchangeable lens camera from the incredibly popular A7 line. The photos from this camera feature a whopping 42.4 megapixels – however, it’s not the photo features we are usually most interested in …

The Sony A7rII incorporates features from the recently updated A7II like the 5 axis SteadyShot sensor stabilization, which does a pretty good job at getting rid of micro jitters commonly seen when using unstabilized lenses. Even more importantly, Sony managed to introduce internal 4K recording, either using the full 35mm sensor or a Super35mm crop section of it. Amazingly, Sony claims that this 4K crop mode happens without pixel binning – which means that this mode is most likely to be entirely aliasing and moiré-free. I can’t wait to be able to record internal 4K on Sony’s A7 line, which means it’s not necessary to use external recorders like the Atomos Shogun (on the A7s) anymore in order to get 4K in such a small package from a full-frame camera. The codec used for recording is XAVC S7, with 100MBit in 4K and 50MBit in 1080p modes. The A7rII also features SLog2 gamma settings for maximum latitude in video recording, just like the A7s and A7II.

This camera will not be as light sensitive as the Sony A7s due to the high resolution of the sensor (pixel density), one of our current favorite cameras of all of us here at cinema5D, however it features a new rear sensor illumination technology (BSI) which should make it better in low light than its predecessor – we are looking forward to be surprised. Now with both other models in the lineup replaced by their Mark II successors within just over a year, it’s only a matter of time until the A7sII will appear as well.

Sony have released a 4K video from the A7rII which looks nothing short of spectacular, even with YouTube compression … the details in the leaves on the trees are exceptional, for instance.

The camera also features their new Fast Hybrid AF system, which is supposedly a much faster phase detection autofocus system (see video below) – of course, this can only be utilized with Sony’s own E-Mount lenses, which are becoming more widespread as more lenses are released. Unfortunately, they can’t compete with Canon yet in terms of speed of most lenses as well as the range of lenses available. I personally EF Mount Zeiss and Canon lenses with a Metabones adapter on my A7s and FS7 cameras.

I don’t quite understand how they manage to dissipate heat from the sensor in such a small body when recording 4K continuously, so we are looking forward to hear more from Sony on that. Also it will be interesting to see how well the normal batteries perform because from experience with the A7s, batteries can drain relatively fast when using the camera extensively for video shooting – and of course 4K is expected to draw even more power in a shorter time.

One more thing is the newly designed OLED Tru-Finder which gives better edge-to-edge sharpness in the viewfinder than before.

Sony also announced the RX10II and the RX100IV together with the A7rII – please find press releases with all the details about these cameras here and here.

The Sony A7rII will be available for preorder from B&H from June 17 and will ship in August. If you appreciate all the work we put into cinema5D and are in the market for this amazing camera (that we can’t wait to get our hands on), we appreciate your kindness to order the camera on B&H through one of the affiliate links on this page. It costs you nothing more. Thanks! via Sony USA, SonyAlphaRumors and Newsshooter