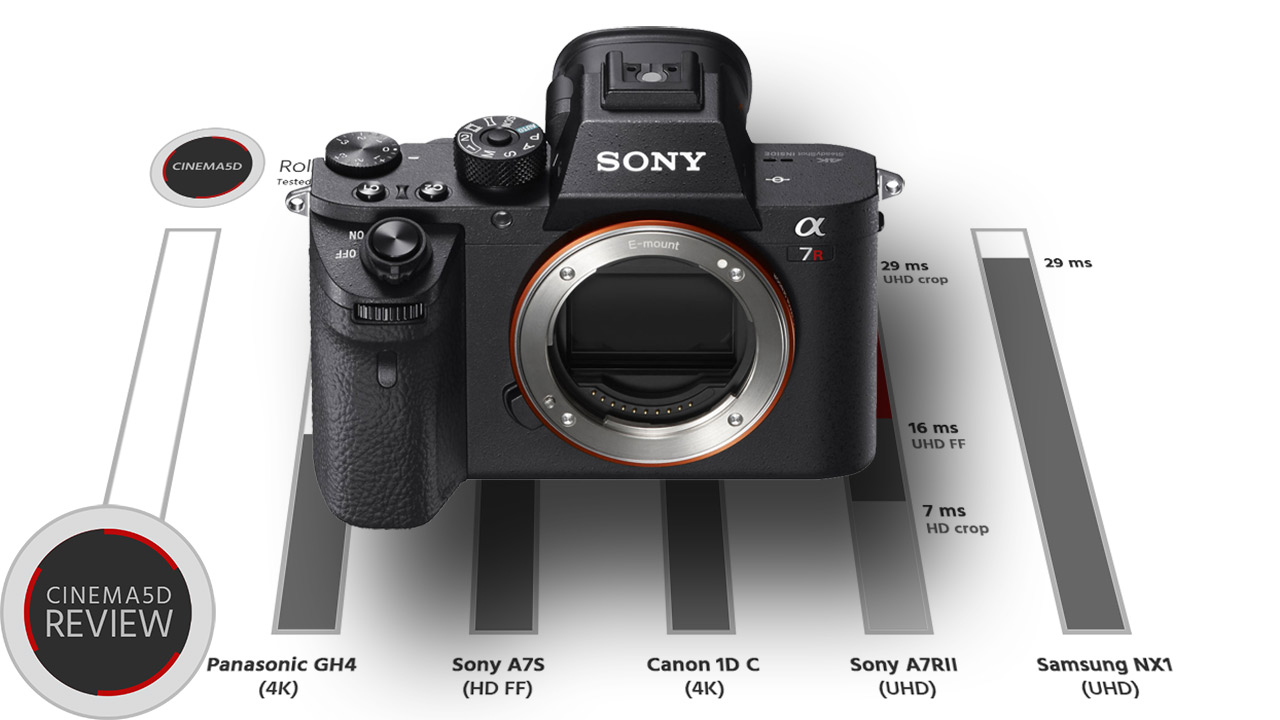 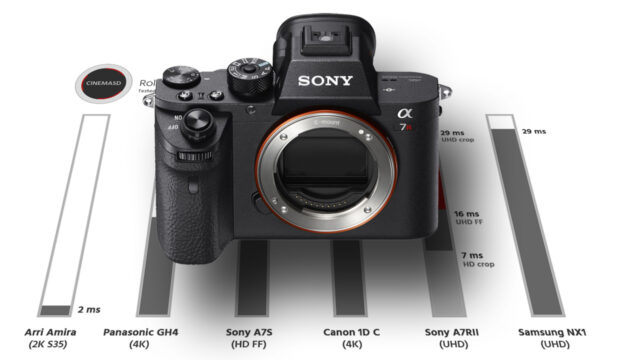 Over the last days we’ve conducted several scientific lab tests, reviewed and taken the new Sony A7R II out into the field. In this article we are looking at the  Sony A7R II rolling shutter performance and see how good the sensor is in comparison to several other cameras.

Links to our other tests:

The so called “rolling shutter” is a phenomenon that skews a camera image when fast moving objects are recorded or during fast pans and handheld camera movement. The reason for this is that most sensors read out the image line by line via a buffer. 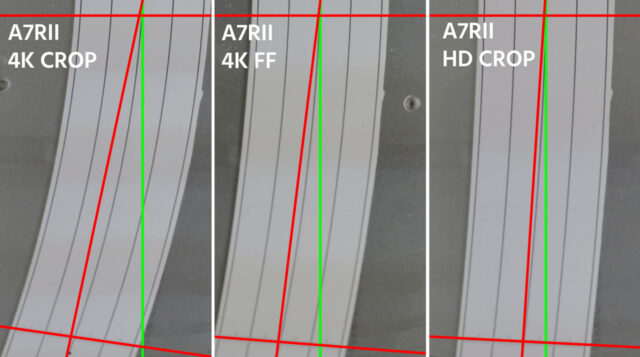 In Crop Mode we measured 29ms of latency on the Sony A7RII whereas in Full Frame Mode we only measured 16ms. In HD (Crop Mode) Rolling Shutter is minimal with 7ms, not far off the famous Arri AMIRA camera that has the lowest rolling shutter rating in our tests. Below you can see a chart comparing rolling shutter between several cameras: 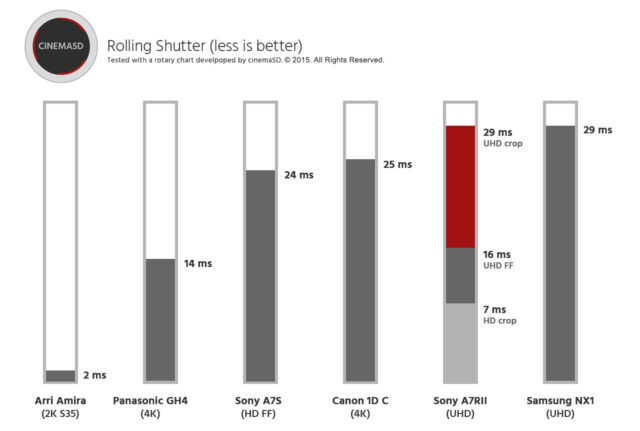 As you can see the Sony A7RII joins the Samsung NX1 which had the most severe rolling shutter we ever tested. The Canon 1DC and Sony A7s perform a little better and the Panasonic GH4 has the best values among small cinema cameras.

Rolling Shutter is for many not a purchase criteria. The phenomenon is mostly an issue when there is overly fast handheld movement or you film fast moving objects. However a rolling shutter of 29ms raises concerns. It is the highest measured rolling shutter among all cameras we every tested.

As we found out on Friday the Full Frame Mode is quite acceptable in terms of quality and offers a much better rolling shutter behaviour, but we also noticed that it performs badly in lowlight. It might come in handy when a better rolling shutter performance is needed and you have sufficient light available.

So rolling shutter on the new Sony A7RII is both good and bad. If you need a camera with good rolling shutter performance in 4K (UHD) you can either resort to the Sony A7RII Full Frame Mode or avoid this camera altogether and go with the Panasonic GH4 instead. The Sony A7s performs better, but the difference is not huge.

Please consider getting your camera and gear through this link. Thank you