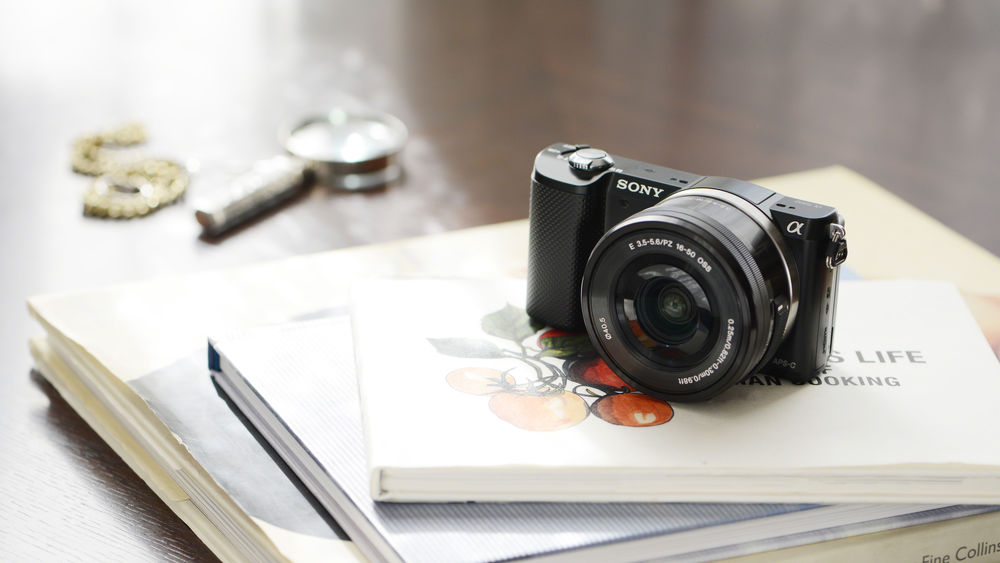 Sony just launched the Alpha 5000, their low-end Compact Interchangeable Lens APS-C Camera which will be available from March for only EUR 500 (suggested retail price). The naming of Sony cameras has always been confusing and hard to keep track of, but what you have to know now: What used to be called “NEX” cameras (namely the NEX-5N, NEX-5R, NEX-6 and NEX-7) will in the future be called “Alpha” – a brand so far reserved for Sony’s DSLR cameras (they carried that name over from the Konica Minolta brand which they acquired). Now it looks like all Sony interchangeable lens cameras will be called “Alpha” as well. To me, this is a sign that Sony will slowly stop making DSLRs in favor of mirrorless cameras. Not surprising at all, considering how fast cameras and how good their OLED viewfinders have become! It was only a matter of time (and Sony’s DSLRs never really took hold in the pro world!).

But back to the Alpha 5000. Its size make it the perfect go-anywhere camera for an impressive price. Video is recorded in AVCHD or MP4. This can become a great B camera for their A7 / A7R full frame cameras because it records in the same codec and also uses the same BIONZ X signal processing. Unfortunately I also expect it to have a similar amount of aliasing and moiré in the video image … check out our aliasing and moiré test with the A7 / A7R by clicking here. The camera doesn’t have a viewfinder, but quite a decent touchscreen. For proper operating as a video camera, you should consider a Zacuto Z-Finder for increased stability when shooting (and for judging accurate focus). The touchscreen can be flipped upwards 180 degrees, which means that it’s easy to film or photograph yourself with the camera, if that’s your kind of thing. This might be useful for video bloggers who mostly post selfies of what they are doing, but the flip-up mechanism is quite inflexible (it can’t flip to the side). Better than no flip at all, anyway, like on most other cameras and DSLRs!

No word about clean image out yet, but as usual, we will do our best to get our hands on the camera as soon as possible for a review video. Stay tuned!