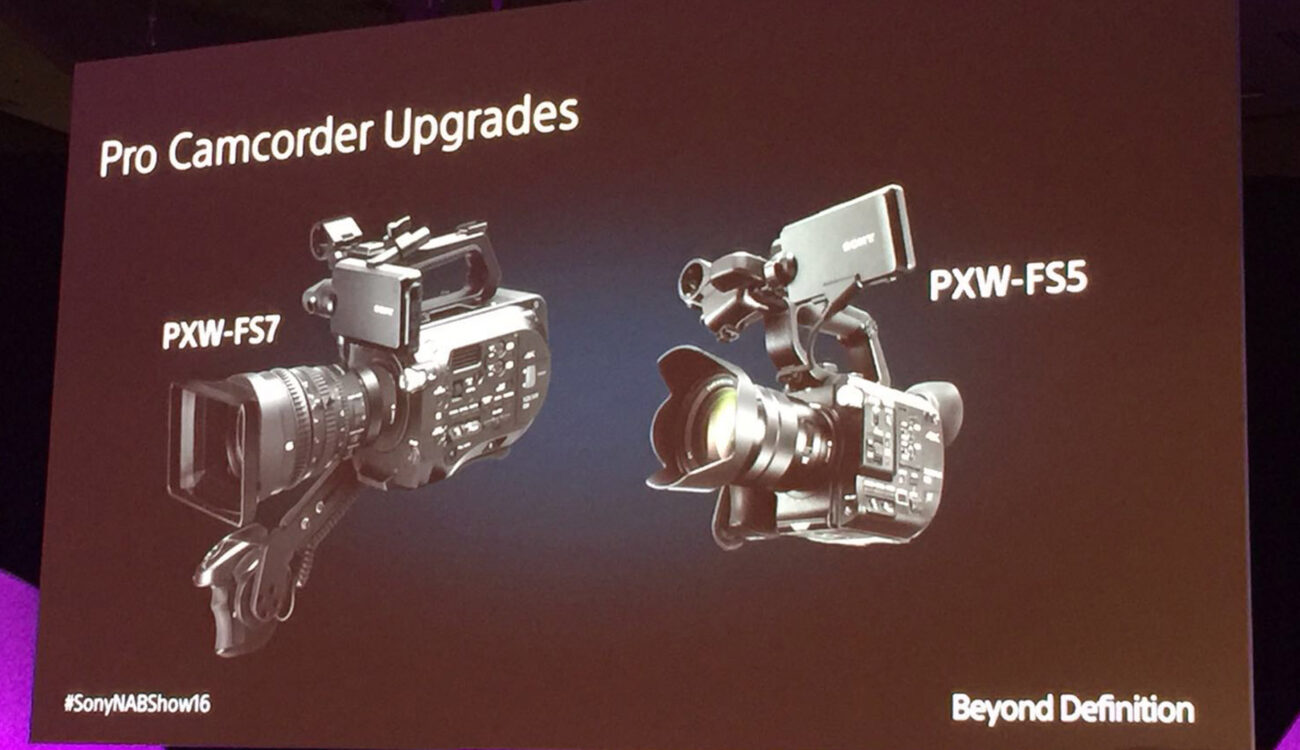 At first glance, Sony has clearly put the emphasis on 4K Broadcasting with an outlook at HDR at NAB 2016. Several new firmware upgrades and products have been introduced. New AXS-R7 Recorder allows double the framerate, paid firmware upgrade for Sony Fs5 users which includes RAWas well 4K DCI recording, a new compact camera Sony PXW-Z150 with broadcast-ready standards and a new broadcast camera with ultra slow motion in 4K. Here are all the updates at a glance.

The in February announced AXS-R7 Recorder will work only with the Sony F5 / 55 and still has no price. The AXS-R7 Recorder will feature its own compressed 16 Bit RAW format called XCON, which reduces the file size by 30 percent (compared to uncompressed RAW at F5 / 55). Compared to previous Sony 4K recorders, the new recorder doubles 4K RAW recording from 60 FPS up to 120 FPS from the Sony F55 camera. For shooting at higher frame rates, the recorder captures 2K RAW at up to 240 FPS from the F55 and F5, for playback with 10x super slow motion. 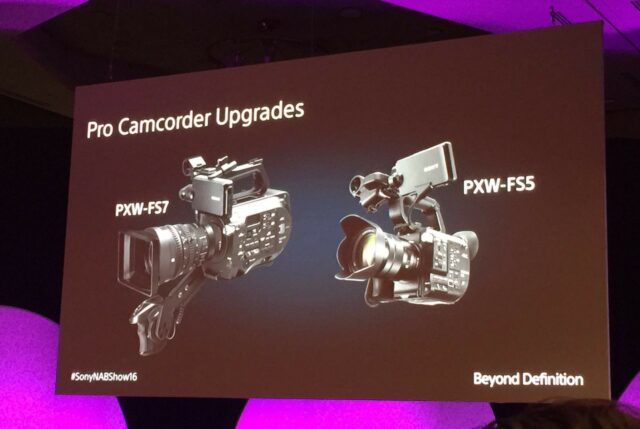 The FS5 has received a new free firmware 2.0 update. An Auto ND function changes the strength of the electronic ND filter, which allows you to adjust exposure without affecting aperture of shutter speed values. They have also expanded zebra functions as well as GPS capability. Those who wish to record RAW with the FS5 must acquire the RAW upgrade option for 600 dollars. This then allows though the 3G-SDI connector continuous DCI 4K 60p / 50p RAW and up to 240p / 200p RAW in FullHD.

Unlike the Fs7, the FS5 has another trick up its sleeve. According to Alvaro Ortiz Sanz, product specialist at Sony, the Fs5 can record 120fps in RAW DCI 4K with a 4second buffer!!!

The default super slomo feature in FS5 works over a buffer. That’s why it is “cached”: about 8 seconds if shooting at 240 fps. Now, this “caché way” is only applied if we shoot 4K at 120 fps, in which we’ll have 4 seconds burst. That means that, if at 24p recording, we are shooting 120/24=5 times faster, which means that those 4 seconds are “time stretched” to 20 seconds. In 4K in RAW quality

The updates will be expected in June 2016. 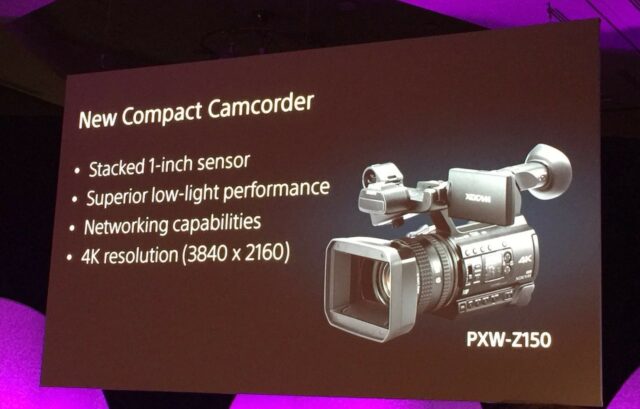 The PXW-Z150 features a 1.0 type stacked Exmor RS CMOS image sensor. It can record 4K and 5x slow motion (120fps) of continuous recording in Full HD. The Clear Image Zoom technology operates at 24x zoom and 18x zoom in HD and 4K modes respectively, in addition to the standard optical 12x zoom. It also features a built-in 4-step ND filter. The PXW-Z150 is suitable for a variety of environments and editing requirements, supporting the conventional broadcasting format MPEG2HD (50Mbps/35Mbps) in addition to Sony’s advanced XAVC format (Long GOP) format. The PXW-Z150 provides a wide variety of built-in connectivity options including 3G-SDI, XLR inputs, and HDMI. The camcorder is equipped with two memory card slots and is compatible with SDXC and SDHC cards. The dual media slots enable various recording options such as backup, simultaneous and relay recording. The new Sony HDC-4800 is a new Super 35mm 4K CMOS sensor broadcast camera that features a PL Mount. It combines 4K resolution with enhanced high frame rate capabilities—8x at 4K, and up to 16x in full HD—combined with HD cut-out and zoom capabilities for live sports and event production. The HDC-4800 is complemented by the BPU-4800, a baseband processor unit with a replay server capability that creates a fully networked, 4K live ultra-high speed production workflow.