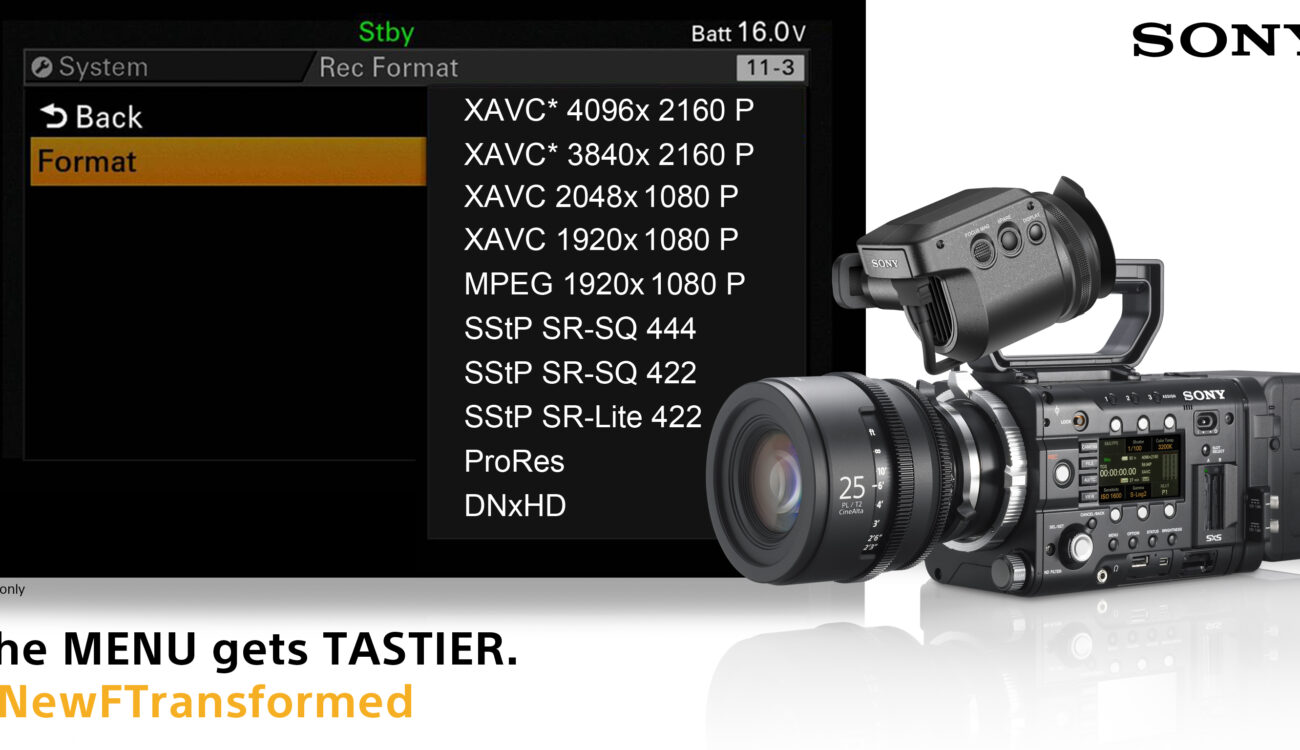 Today, Sony announced that their popular F5 and F55 cameras will be able to directly record in ProRes and DNxHD in the future (no time frame given). I personally have shot a lot for a primetime science documentary program using mainly Sony F5 and F55 last year (here’s one program I shot in England), and the production company is editing on Avid workstations. To make the ingestion process faster, they built Atomos Samurai Blade recorders on top of their F5’s, so we are able to directly record to DNxHD while also recording an internal backup in XAVC internally. Now that the cameras will be able to directly record into DNxHD, this whole process will be much easier – just the “dual slot recording” function offered by the Canon C300 (which generates an instant backup on a second card) is still missing from the F5 and F55, as far as I am aware.

Sony continues to impress with their willingness to introduce more additional features into their existing line of professional cameras, and Canon does it in a similar (yet more limited way) with their C100 / C300 and their payable AF upgrades.

EDIT: We were just notified by a reader that this will be a hardware upgrade for the cameras, so it will definitely cost money. No details given yet.

As mentioned above, Sony has not yet delivered a time frame for the release of the ProRes / DNxHD upgrade for the F5 / F55. Also no word about the kind of ProRes and DNxHD codecs that are supported by the cameras, but here’s the announcement in the Sony forums.