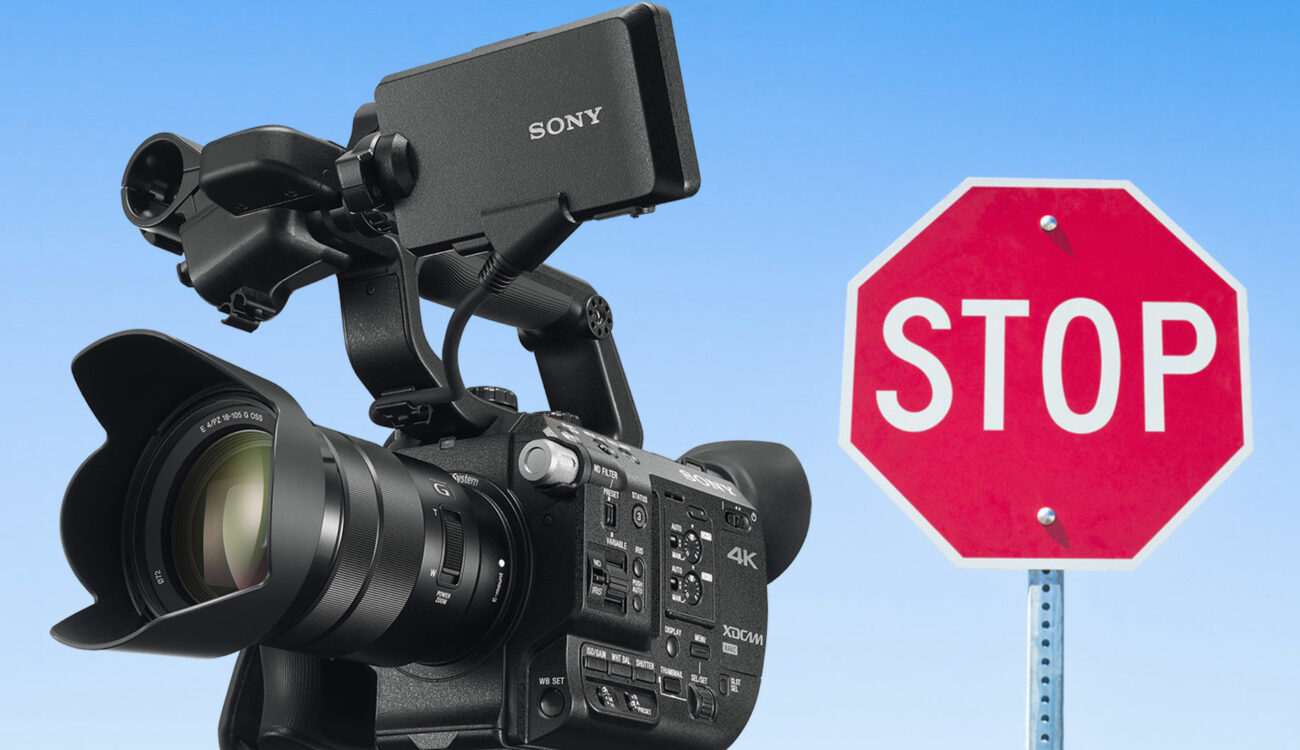 We recently reported about the FS5 Firmware 4.0 update which, among other things, unlocked the Instant HDR feature for that camera. Yesterday, this update was suddenly pulled from the Sony website without explanation – what happened?

The site only includes a note that the download has been “temporarily” suspended and that they are planning a “restart in early August”. 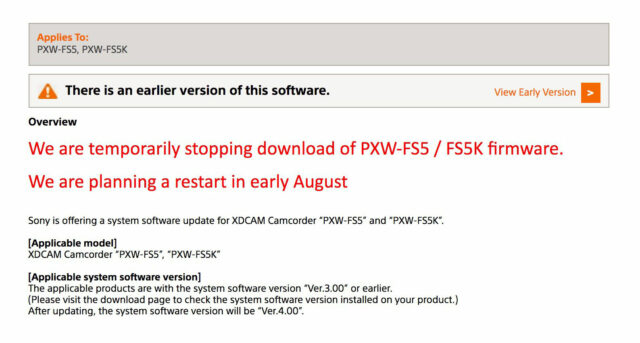 cinema5D reached out to Sony immediately for comment and explanation, not least because users who have already updated their Sony FS5 became worried.

We just received this official response:

If the most recent firmware version has already been downloaded we advise to download v4.01 or v2.01 as soon as it becomes available. If there are any further questions please contact the Prime Support team on 00800 7898 7898 and they will be happy to answer your questions.

So the culprit seems to be a minor issue related to the new HDR function, which sounds like something users who have already updated shouldn’t bee too worried about – but of course they urge users to upgrade to the bugfix upgrade 4.01 as soon as it becomes available.

The phone number supplied by Sony is the European Prime Support Number.

We will update this post, should we receive further information.

We just got an update from Sony with more details:

In response to instances of firmware issues for the PXW-FS5 (v. 4.0) and PXW-Z150 (v. 2.0), Sony has to date confirmed that these issues only occur in specific applications of HLG in HD shooting modes. We are continuing to investigate further and are working to release a firmware update in the coming weeks. We appreciate our customers’ understanding.