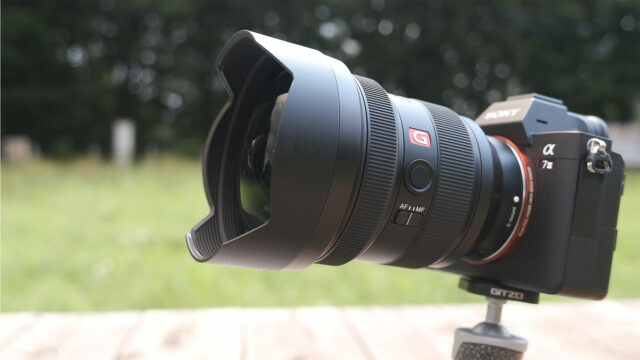 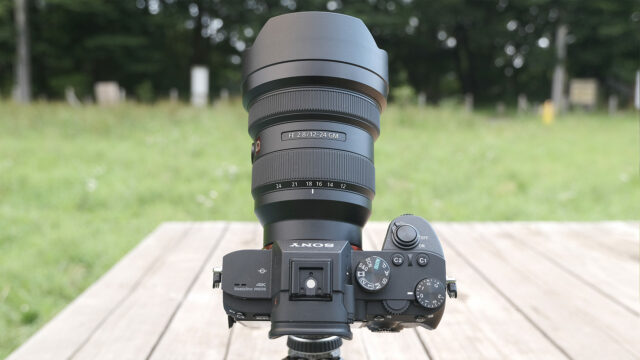 The focusing mechanism consists of two independently controllable groups. The minimum focusing distance is 28cm (11″). It is an internal focus lens so its length remains constant when focusing and its centre of gravity varies only a little. Sony says they worked on good autofocus performance and there are four XD (extreme dynamic) linear motors in the lens. 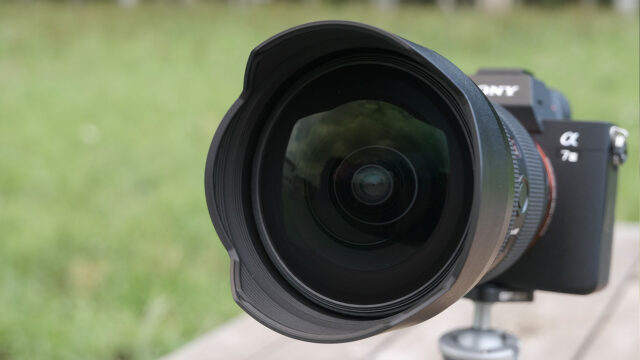 The 9-blade aperture of the lens along with XA elements should, according to Sony, achieve a pleasing bokeh. Other than zooming and focusing rings, Sony also included a customizable focus hold button and focus-mode switch on the lens.

The lens is dust and moisture resistant and the front lens element features a fluorine coating that repels water, oil, and other contaminants and it is easier to wipe off any fingerprints from the lens surface. Because of the ultra-wide FOV of the lens, it is not possible to mount a front circular filter. Sony equipped the lens with a rear filter holder that accommodates standard sheet-type ND, color correction, and other filters. Sony includes a cutting template for sheet filters in the box. 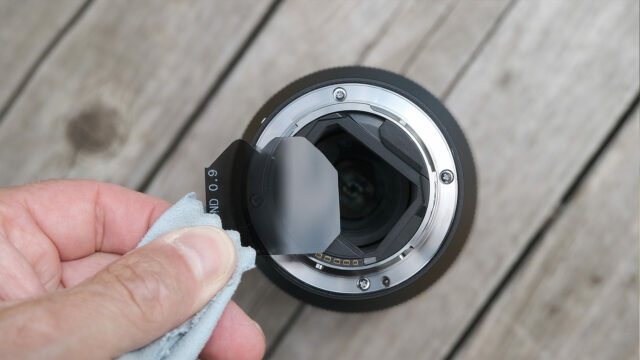 My colleague Johnnie has spent some time with the lens and he filmed a short documentary with it mounted on the Sony a7 III mirrorless camera. The idea was to only use this one lens to tell a story. Johnnie shot mostly in full-frame mode but he also took advantage of the APS-C mode of the camera to extend the focal length by 1.5x to 18-36mm (full-frame equivalent) for some shots.

Here are some of Johnnie’s thoughts about the lens:

In summery, I would definitely use this lens on locations when room is tight, or the opposite, when wanting to enhance the power of great locations.

The above Sony FE 12-24mm f/2.8 sample footage has been shot on the Sony a7 III. Graded with Lutify.me.  Music: epidemicsound 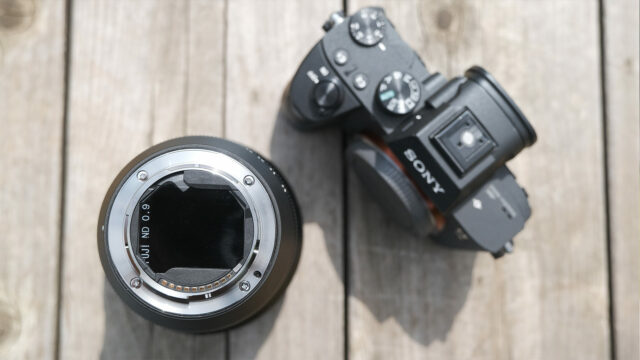 The Sony FE 12-24mm F2.8 GM is available now for pre-order. The shipping should start in August 2020. The price has been set to approximately $3,000 (around €3,300 in Europe). The price is definitely in the premium segment of the market – mainly because of the ultra-wide focal length combined with the fast aperture.

What do you think about the new Sony FE 12-24mm F2.8 GM lens? Do you have experience with other G Master zoom lenses? Do you use ultra-wide lenses for filming? Let us know in the comments underneath the article.