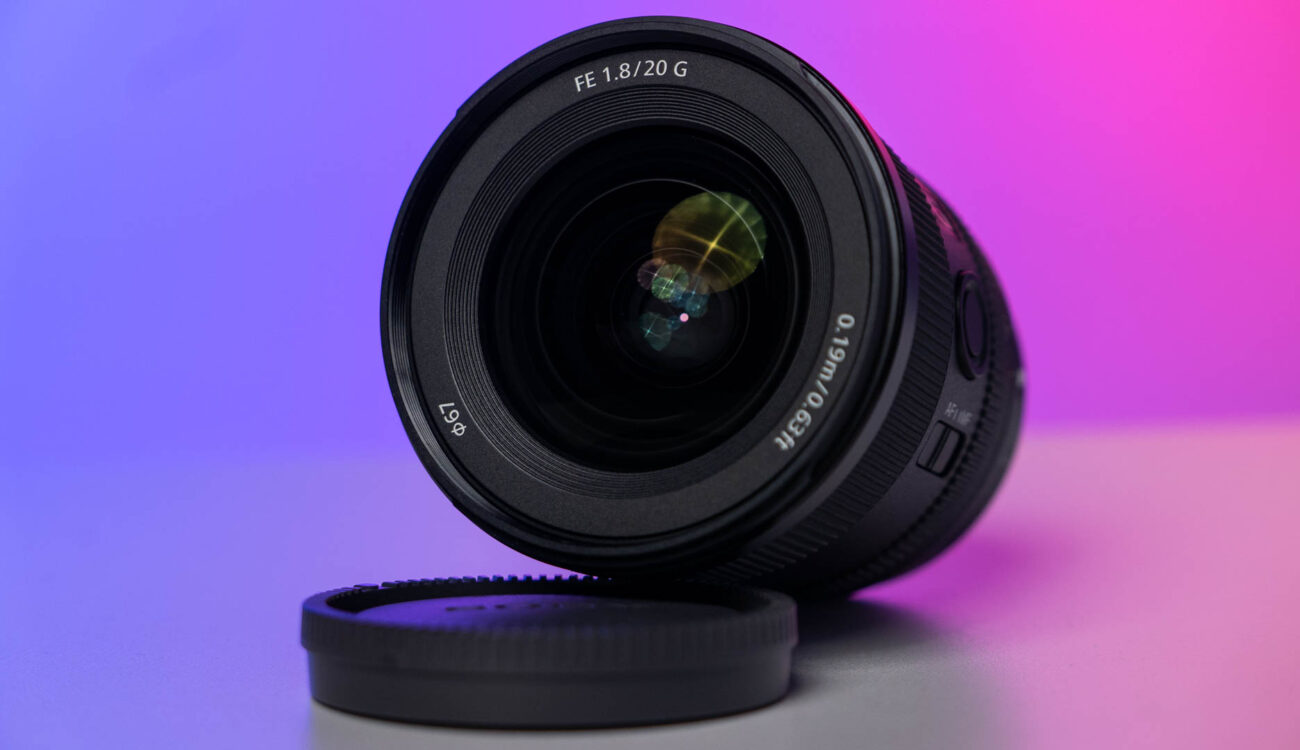 Mens is a new ultra-wide-angle fast full-frame E-Mount lens. It features a compact design with clickless/clicked manual aperture ring, customizable button, 67mm front filter thread, and dust- and moisture-resistant body. It will be available in March 2020 for around €1,100. 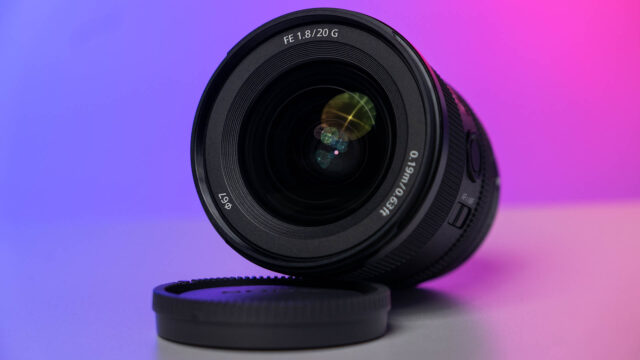 Sony has had a line of full-frame cameras for a long time with the Alpha series. Last year, they announced the Sony FX9 full-frame cinema camera. Naturally, they want to provide their customers with a wide range of native Sony E-mount lenses to take full use of the autofocus capabilities of their full-frame cameras. 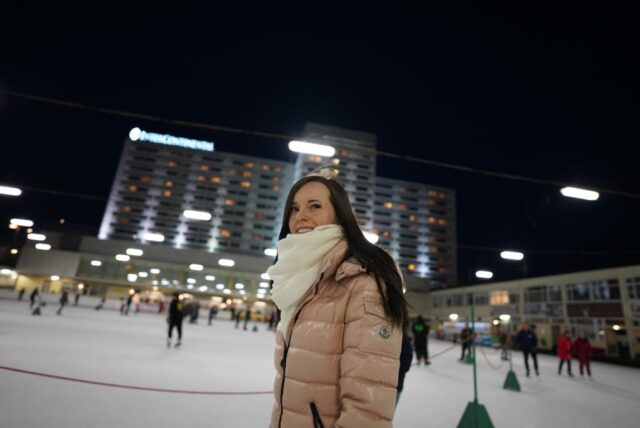 On the ultra-wide end of the Sony lens portfolio, users have been missing a fast prime lens. The only fast ultra-wide option (under 24mm) Sony offered till now, was the Sony FE 16-35mm f/2.8 G zoom lens. All the other ultra-wide Sony E-Mount lenses offer f/4 maximum aperture. Now, Sony finally launches a lens to fill this gap – Sony FE 20mm f/1.8 G lens. What are its features and specs? 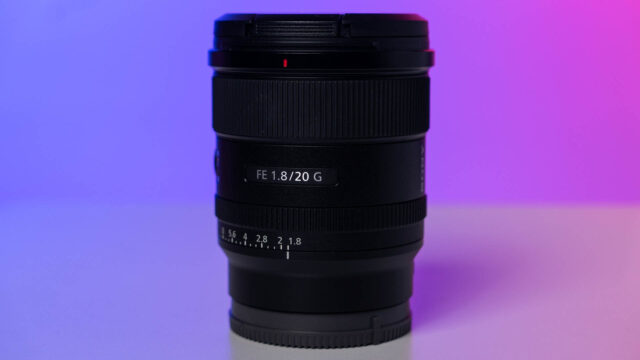 The full product name of this ultra-wide-angle prime lens is SEL20F18G. As a Sony FE lens, it covers full-frame sensors. It is a compact and lightweight lens with a 67mm front filter thread. The Sony FE 20mm f/1.8 G lens is 84.7mm long and it has a diameter of 73.5mm. It weighs 373 grams, so when combined with a Sony Alpha body it should not be an issue to balance with a wide range of gimbals.

The aperture consists of 9 circular blades and it can be set between f/1.8 and f/22. What makes it really suitable for filmmaking work is its manual aperture ring. The ring can even be switched between clickless and clicked operation and it can also be set to automatic. There is a switch directly on the lens to turn the aperture ring click On or Off. 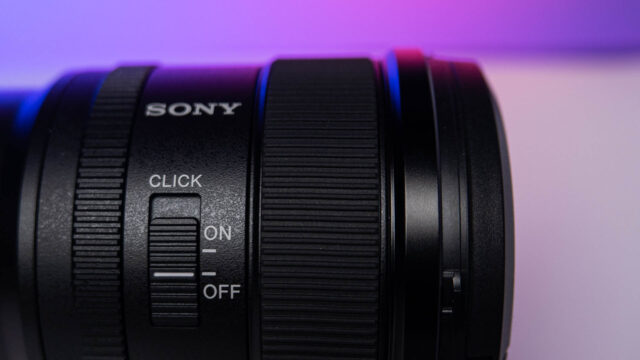 The minimum focusing distance is 18cm in manual focus (MF) mode and 19cm in autofocus (AF) mode. This results in a maximum magnification ratio of 0.20x (AF) or 0.22x (MF).

Optical construction consists of 12 lens groups and 14 elements. Two of them are advanced aspherical elements and there are also three ED-glass (extra-low dispersion) elements. The image quality matches the rest of the lenses in the Sony G-Master (G) line. 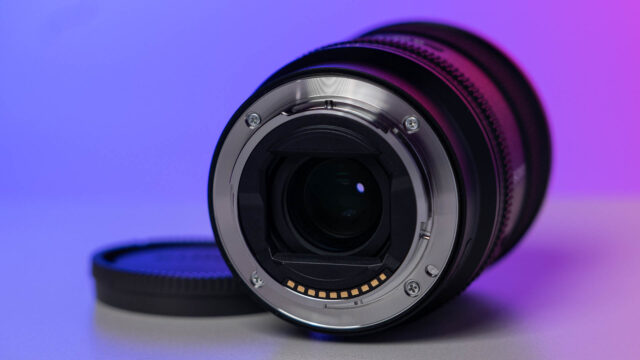 Thanks to two XD linear motor, the autofocus is fast and precise, while maintaining relatively silent operation, which we could definitely verify in early tests of the lens. It operated fast and quietly in autofocus on both a Sony a7R IV as well as the new Sony FX9. There is also a customizable Focus Hold button. It can be assigned various functions via the camera’s menu. Last but not least, there is also a physical switch between AF and MF.

The lens is dust- and moisture-resistant. The front element of the lens has a special coating that allows raindrops or fingerprints to dissipate very quickly. 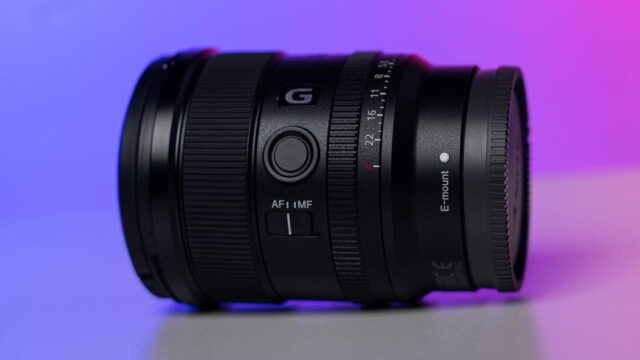 The Sony 20mm f/1.8 G prime lens should start shipping during March 2020. The price has been set to around $1,100 (€1,100). The packaging will include the lens itself, front and rear caps, lens hood, and soft case. From what we have seen in our tests so far, the lens performed flawlessly, but we are still working on a full review of the lens which will be posted soon.

What do you think about the new Sony 20mm f/1.8 G lens? Which ultra-wide-angle lens do you use now with the Sony full-frame camera?