Hot on the heels of the announcement of the new Sony FX9 camera and our interview with their head camera developer (click here if you missed all the details), here’s our exclusive hands-on and footage shot on the camera, as well as an early review of a pre-production camera. 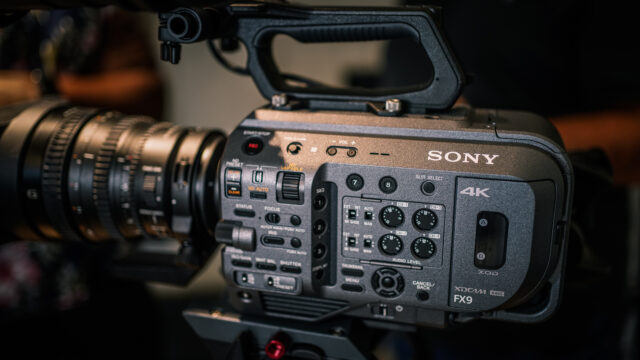 Recently, I was invited to a small hands-on event with the new Sony FX9 full frame camera in London. During the two-day event, we were presented the camera and were able to talk to head camera developer Yasuo Ueda-san about all the main features and differences to the camera – and what’s even better than that, on the second day Sony Pro Europe gave me a chance to film with the camera in a studio environment in East London for half a day.

Alongside industry friends and colleagues like Philip Bloom, Emmanuel Pampuri and some others, we put the new FX9 through its paces. What’s interesting is that the full frame FX9 comes with Sony’s Fast Hybrid Autofocus, which actually performed just as well (or better?) as Canon’s Dual Pixel autofocus. It’s remarkable how well it works with recognising and registering faces, and keeping them in focus even at wide open apertures.

Furthermore, the light sensitivity was greatly increased compared to the Sony FS7 – and of course, the full frame sensor gives the possibility with a even shorter depth-of-field and have a wider field-of view. Sony is using a 6K sensor and downsampling to 4K – we will see (and hope) if Sony will add 6K output later on.

Head over to our main article with all the camera specs if you want to read the full early review of the camera. 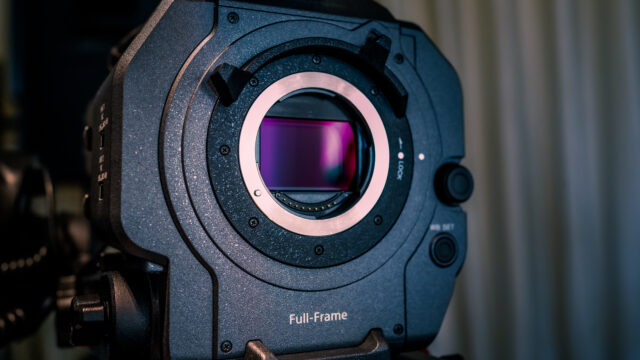 Will you be ordering a Sony FX9? How does it stack up to the Canon C500 Mark II in your opinion? Let us know in the comments below!