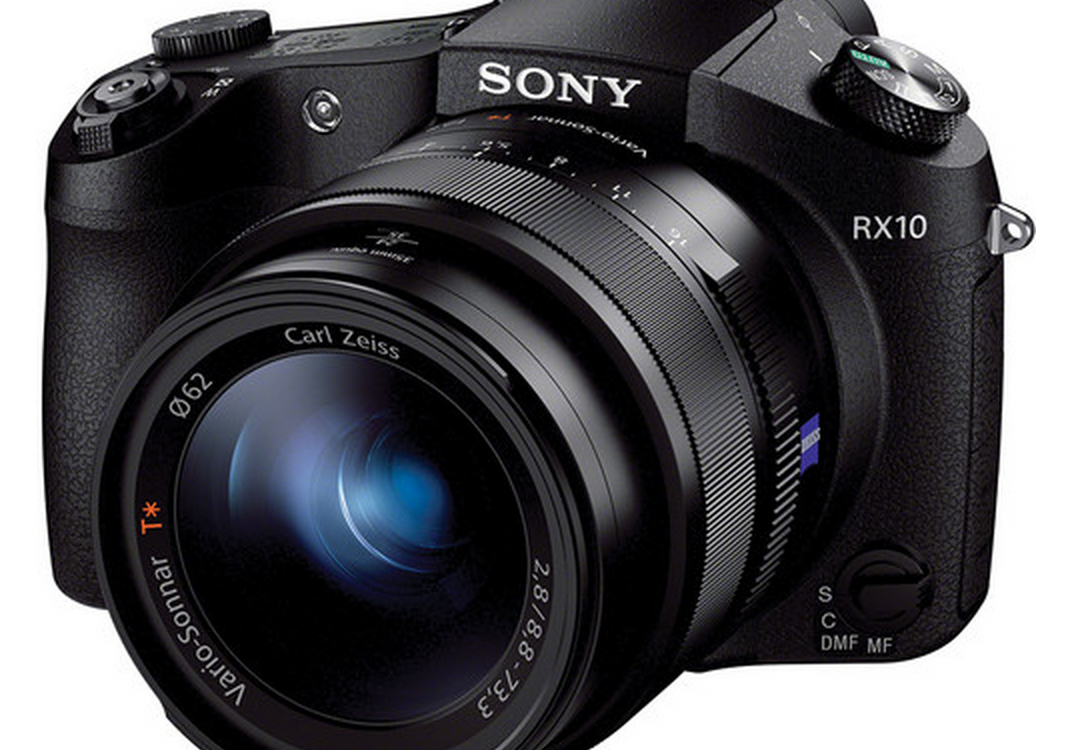 Another Sony camera release, this time it’s in the form of a bridge camera – The Sony RX10. You may ask why a camera of this sort receives any form of acknowledgement from a filmmaking blog – a fixed lens 1″ stills camera. But it holds some very interesting features that not only looking exciting for video but offer groundbreaking technology for any sort of video-able stills camera. Concentrating more on the video side of things it shoots up to 1920X1080 50/60p – This is pretty much the norm for a Sony camera, (I could count the amount of Nikon and Canon cameras that support this feature on one hand) with alternative flavours of 1280X720 and 1440X1080 resolutions, and interlaced scanning up to Full HD. It shoots this in a pretty standard AVCHD 28mbps format to popular SD cards.

It gets a little more interesting with its physical connectivity. The camera has two 3.5mm jack ports; one for stereo sound for an external microphone and one for audio monitoring. It also has a micro-HDMI port which supports “uncompressed off-camera recording”; I assume this means that the HDMI is clean (no displays) like the 5D mark iii and the Nikon D800.

So far the camera is looking very well spec’d, beyond that of just a bridge camera; its 1080 50/60p and clean HDMI challenge many DSLRs. It gets more interesting though. First to point is one that other may overlook; its button layout is highly configurable. 6 of the RX10’s main buttons offer up to 42 optional features per button. This is something I feel some pro cameras overlook. Take the 5D mark iii for example. Granted, more customizable buttons (10 in their custom menu) but each one can only access 3-8 or so functions. Giving each customizable button almost free reign of the cameras settings make it a highly efficient camera for the individual user.

Second is displayed in the below video. At the flick of a switch, the aperture de-clicks to provide you with smooth aperture changes for video:

Third is the camera’s inbuilt 3-stop ND filter. Brilliant, no more hassle with attaching fader ND (although granted not much of a hassle on a fixed lens camera).

The final point was highlighted by Imaging Resource that was brought to our attention by Andrew Reid from EOSHD. The Sony RX10 appears to read out its full 5k resolution to the powerful BIONZ X processor, meaning proper down sample of the image to 1920X1080 resolution. This is thought to be a first for video-able stills cameras, and will have a dramatic effect on reduction of moiré patterns and aliasing artifacts due to the down sample. Here’s what Imaging Resource say on the technology:

“Where the sony rx10 really breaks new ground for video, though, is that it’s the first camera we’re aware of that reads out the entire sensor pixel array for every frame, performing sub-sampling/video anti-aliasing in the processor. This potentially addresses the huge bugaboo of still-camera video recording, namely the tendency towards moiré and false-color artifacts, thanks to the mismatch between still-image and video resolution.

Pretty much every digital still camera we’ve tested produces very noticeable moiré patterns and color artifacts in its video. (The Canon 5D Mark III deserves note as doing better than most, but even it still shows some level of video artifacts.)

The issue is that a still camera has to get rid of a lot of its image data in order to output a 1,920 x 1,080 video image. They usually don’t have enough processor horsepower to do a proper job of sub-sampling the image in the vertical direction (across scan lines), so resort to simply skipping rows of pixels, jumping 2, 3, or 4 rows for each one actually output. The problem with this is that the image data is way undersampled from an image-processing standpoint, so moiré and artifacts are pretty much guaranteed. It’s not that the industry doesn’t know what to do to prevent the problem, it’s just that there isn’t enough processing horsepower available to do what the job requires. Until now.

Besides its advantages for still image processing, the new BIONZ X processor in the sony rx10 has a special LSI front-end processing section ideally suited to processing huge amounts of video data on the fly. For the first time (that we’re aware of), the RX10′s processor clocks the entire 20-megapixel image off the array up to 60 times/second, and then sub-samples (think of it as a special class of signal averaging) the raw image data digitally, to produce the final 1,920 x 1,080 video image. Doing so effectively performs a low-pass filtering operation on the video data, thus greatly reducing the propensity for moiré and false color artifacts.

While our sample camera was only a prototype, we did take it outside and challenge it with some subjects that typically produce bad moiré or false-color patterns with cameras we test. The results were very encouraging. It didn’t completely eliminate moiré patterns, but they were greatly reduced relative to just about every other camera we’ve seen, and there were no false-color artifacts to be seen anywhere. Not only that, but the video itself was very clean and crisp-looking, so the reduction in false color and moiré didn’t seem to come at the expense of mushy subject detail.”

Whilst its fixed lens is restrictive for professional use, and its relatively small sensor will yield inferior low light results compared to larger sensor cameras the Sony RX10 packs a very impressive package. We can only hope it’s paving the way to more video conscious stills cameras further up the chain. Like Canon however, it has a video line to protect so we can’t get too excited about what this format can offer.

The full resolution down scale is big news, and one effort that all manufacturers should be making to provide processors which can produce the right amount of juice to correctly down sample the image for video (forget this line skipping business!).