The new camcorders have a Sony 1-inch stacked Exmor RS CMOS image sensor, and all three support an instant HDR (High Dynamic Range) workflow with HLG (Hybrid Log-Gamma). According to Sony, the most exciting thing about these new camcorders will be the fast Hybrid Autofocus system. 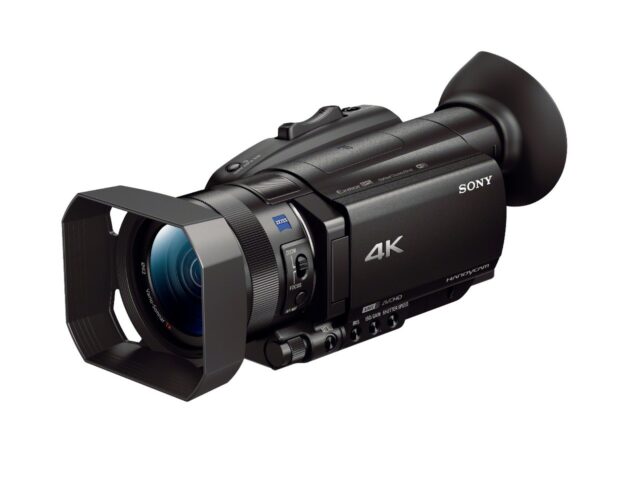 The fast Hybrid AF system relies on 273 phase-detection AF points that cover approximately 84% of the shooting area, a high-density placement of autofocus points and a newly developed AF algorithm. Phase-detection AF frames make it easy to detect the focused area in order to monitor the subject that is in focus.

The new camcorders feature a high-resolution OLED viewfinder (0.39″ OLED, 2.359k dots) as well as a 3.5″ 1.555k dots LCD touch-screen display. It will be possible to quickly switch focus from one sbuject to another with adjustable AF drive speed, tracking depth range and subject switching sensitivity. 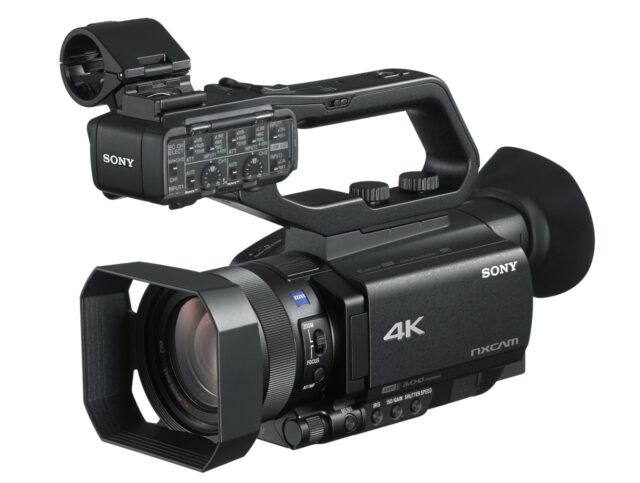 According to Sony, the HLG HDR workflow speeds up post-production work and produces high-quality HDR content faster without grading. 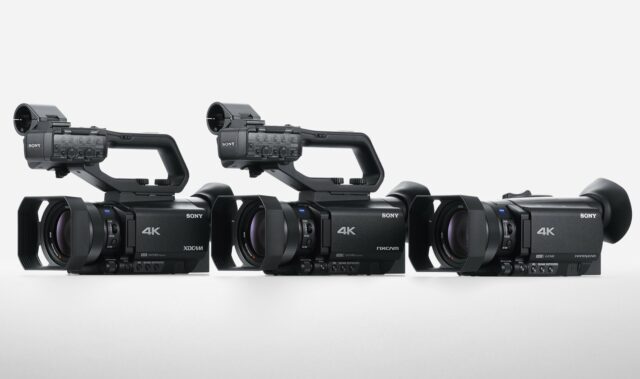 How do you think these new Sony cameras compare to the similar recent announcement from Canon? Let us know in the comments below!