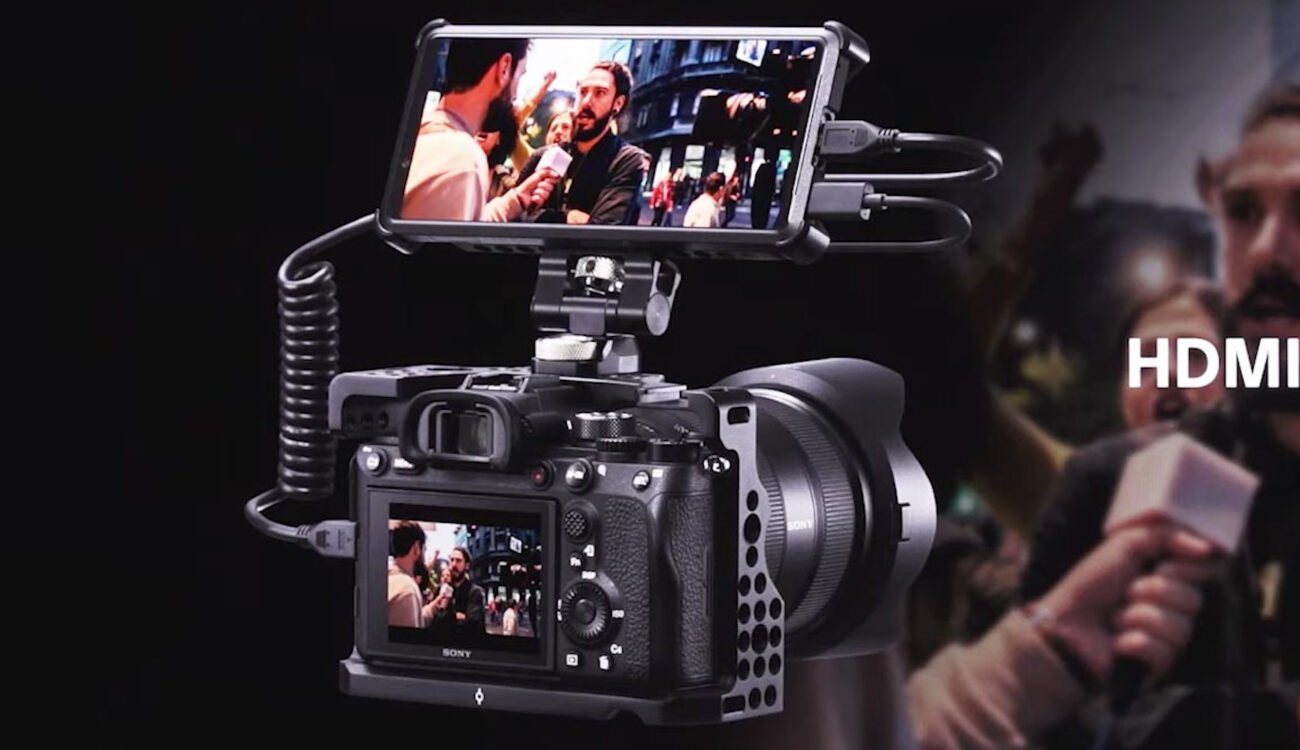 Sony has just announced their new flagship smartphone – the Xperia 1 II. It comes with a Snapdragon 865 processor and 5G connectivity, and the 21:9 CinemaWide 6.5″ 4K HDR OLED display. The phone has three 12MP rear-facing cameras (16mm, 24mm, and 70mm) and many useful functions for photographers and filmmakers. Sony has further announced the development of a new Sony Xperia Pro for professionals. Lastly, they have announced the mid-range Sony Xperia 10 II.

Last year in July, my colleague Johnnie tested the Sony Xperia 1 phone with Sony’s “Cinema Pro App”. Now, the Japanese electronics giant has announced a new generation flagship phone – the Xperia 1 II. What are its features and specs?

The Xperia 1 II (Mark II) is Sony’s new flagship smartphone. It will feature the Snapdragon 865 processor with 5G connectivity, a 4.000mAh battery with wireless charging, and USB Type-C connector. It comes with IP65/68 water resistance and Corning Gorilla Glass 6 on both sides.

When it comes to memory, the phone has 8GB RAM, 256GB internal storage and it supports microSDXC memory cards with up to 1TB capacity. Good thing is that, unlike most competitors, Sony decided to keep the 3.5mm audio jack. The phone also features two front-facing stereo speakers. The dimensions of the phone are 6.5″ × 2.8″ × 0.3″ and it weighs 6.4oz.

The Sony-ZEISS partnership now extends from E-Mount lenses and Sony cameras to their Xperia phones, as well. Therefore, all of the rear-facing cameras have ZEISS optics with T* coating, which should reduce reflections and provide better rendering and contrast. The Sony Xperia 1 II has three rear-facing cameras with 12MP resolution:

Additionally, there is one front-facing camera. It features 8MP resolution with a 1/4″ sensor. The focal length full-frame equivalent is close to 24mm with an 84° field of view. The maximum aperture is f/2.0.

Sony says, the 1/1.7″ Exmor RS image sensor is 50% larger than in the previous model and has larger pixels, which receive more light for better image quality.

Sony promises very good autofocus performance with all rear-facing cameras. The Xperia 1 II continuously calculates autofocus and exposure, up to 60 times per second. For the 16mm and 24mm cameras, there is a Dual Photo Diode sensor – each pixel has two photodiode light sensors for faster AF. There is also a special 3D iToF (indirect Time-of-Flight) sensor to get better AF in low light. The Xperia 1 II also features the real-time Eye AF with enhanced speed for both humans and animals.

The Xperia 1 II can be used as a remote display with Sony Alpha cameras. It can control settings and photos wirelessly through the Imaging Edge mobile app.

Video recording is available in AVC264 (H.264) or HEVC265 (H.265) in mp4 format. There is no information about the maximum bitrates yet. 4K HDR movie recording should be possible in 24, 25, 30, and 60 fps across all rear-facing cameras. There is an intelligent wind filter for better audio, when filming outdoors.

The next announcement from Sony is the Sony Xperia Pro smartphone for professionals, which is currently in development. It aims to be an innovative solution for professionals with 5G mmWave and 360° antenna coverage with the 4-way arrangement. Sony has tested the phone in collaboration with NBC Sports and Verizon during an American football game regarding the instant video signal upload via 5G.

It seems like the fast 5G uplink capability will be a strong focus of this phone. It will also offer a micro HDMI port for direct input from cameras. There is currently no more information about the phone, its availability, or pricing.

Additionally, Sony has announced a new generation of their water-resistant mid-range phone, the Xperia 10 II. It will come with a 6″ Full HD OLED display and triple rear-facing cameras. This phone will be available in four colors.

What do you think about the Xperia 1 II? Do you have any experience with the original Xperia 1? Do you use a smartphone for filmmaking? Let us know in the comments underneath the article.