The Sound Devices MixPre II are second generation audio field recorders, now sampling in 32-bit float for high dynamic range audio. Learn more about what that means by reading on.

Sound Devices have introduced the next line of audio field recorders that are targeted at a wide range of users from one man band type videographers to professional sound recordists in broadcast and film. There are three new models available, from the MixPre-3 II with 3 XLR inputs up to the MixPre-10 II that features 8 x XLR/TRS combination inputs. 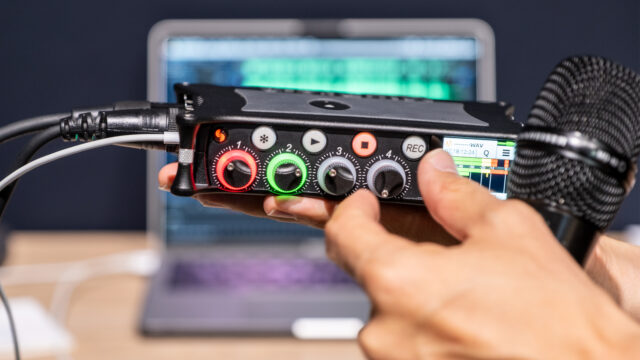 The field recorders now include ultra-low noise preamps with analogue limiters, that can reduce sudden peaking before the audio is digitized. Moreover, 32-bit float bit depth recording at 192kHz sampling is included as standard across all three devices. In the circumstance you might miss the first few seconds as dialogue, the MixPre II devices have 10 seconds of pre-roll running too. 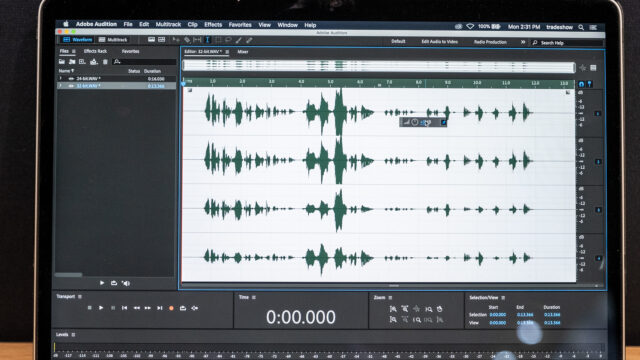 One of the greatest advancements included in this device is the 32-bit float bit depth, enabling a dynamic range of 700dB+ to be captured. What does that mean? It means that with the ultra-low noise preamps included in the MixPre II series, you are able to record the loudest or quietest of noises without the audio clipping or distorting due to the noise floor. The gain of clipped audio can be reduced in post to reveal the regular (and audible) peaks and troughs of a standard waveform.

This feature will be particularly useful in scenarios where setting the gain is unpredictable, or there are large changes in audio loudness. This is a real technological advancement in audio recording; clipped or audio recorded too loud can be recovered in post. Previously this feature has been held back by the hardware, but now this is possible in the latest MixPre II series.

In regards to file sizes, sampling at 192KHz in 32-bit float results in 33% larger file sizes, that record onto SD card. A backup is also recorded onto a USB drive to immediately hand off for editing.

Timecode and Trigger via HDMI and BNC

For professional applications, timecode can now be generated in the device, as well as sent to all of the MixPre II devices. In the 3/6 channel models this is via HDMI and 3.5mm aux inputs. Start/stop recording can be triggered via HDMI too.

The larger MixPre-10 II accepts timecode in and out via BNC, all of the devices can output timecode via 3.5mm stereo output too. 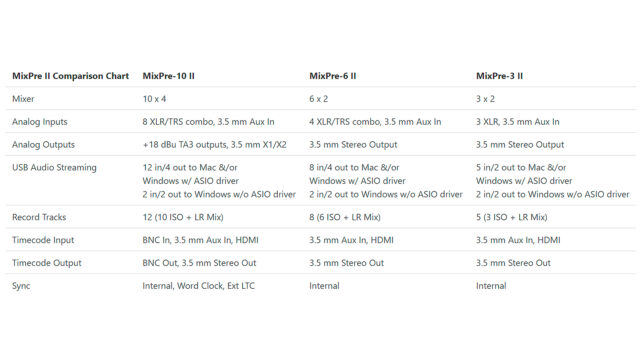 The Sound Devices MixPre II series can be used as a USB interface for capturing audio in Pro Tools, Audition and other computer based audio applications. Useful for ADR or podcasting applications. The devices can also be controlled via bluetooth to Apple and Android devices as well. 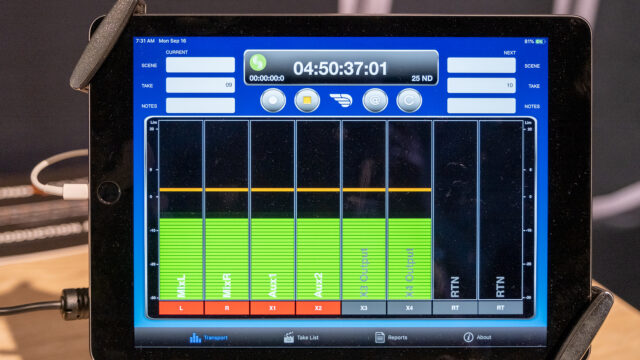 We always report about developments in camera sensor dynamic range, but the introduction of 32-bit float bit depth (Especially in this price category) is a very impressive leap forward in audio recording, that enables every detail of audio to be captured and recovered if needed. Could this be the new game changing audio development we will see in audio recording across the board?

Does the ability to record 32-bit audio excite you too? Are you after an audio recorder capable of handling many different production scenarios? Let us know in the comments.