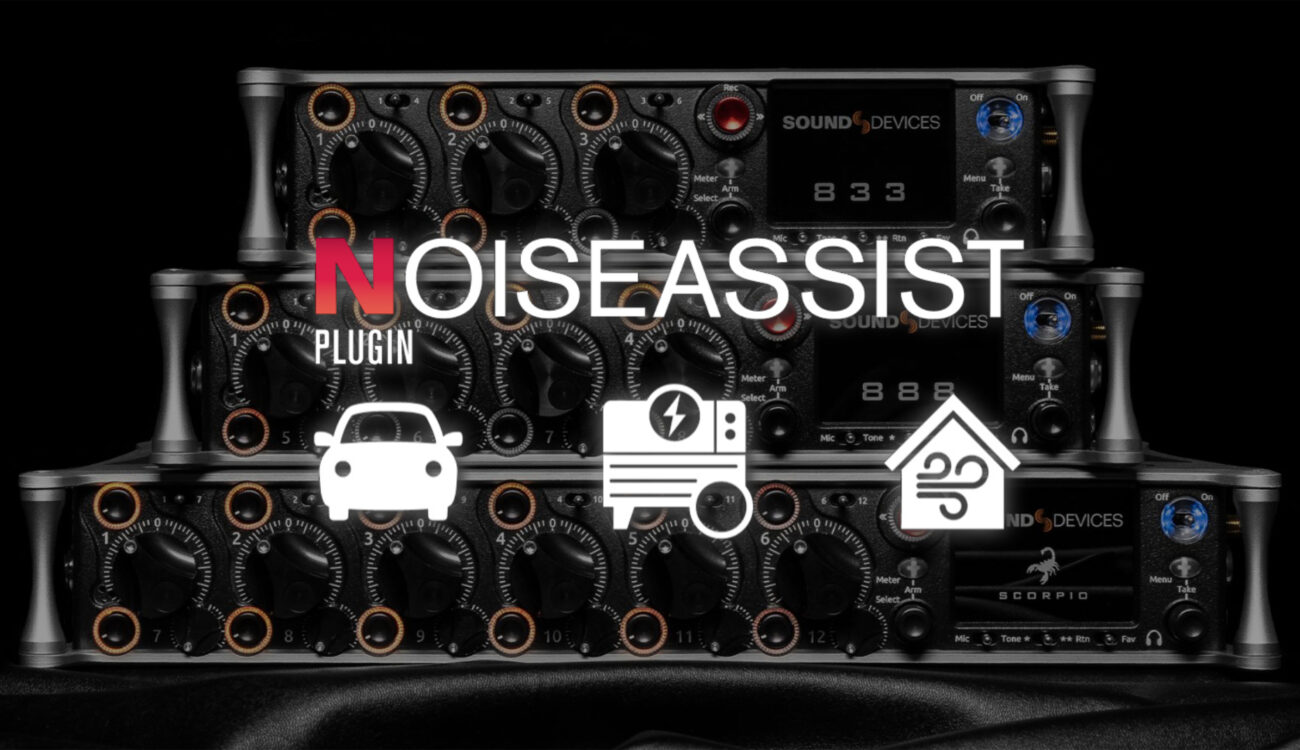 Capturing clean production sound tends to be a tricky business: A generator humming in the back, a nearby air condition, traffic… it can get nasty. If you happen to use one of SoundDevices latest gen 8-Series mixer/recorder you now can get a (paid) plugin called NoiseAssist which claims to solve all of these issues once and for all. 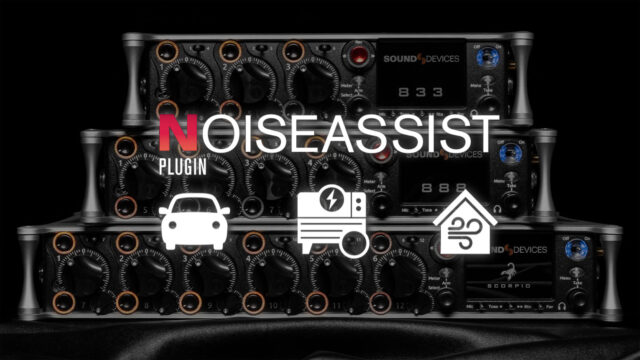 NoiseAssist is a paid plugin for the 8-Series mixer/recorder by SoundDevices. So, it only can be used with either the 833, the 888, or the flagship Scorpio. Future models will be compatible as well (but that’s just an educated guess here, of course).

A film set can be quite the opposite of a calm environment. More likely, it’s busy and loud: generators humming in a far corner, maybe a nearby street creates its own soundscape. Even if you’re shooting indoors, an old fridge, the heating system, or an AC might emit nasty sounds and in most scenarios you won’t be able to get rid of each and every source.

That’s where the NoiseAssist plugin comes into play, especially when recording dialogue. Watch the video below to get an idea of what it’s capable of:

As you can see, the proprietary algorithms are quite powerful when it comes to distinguishing voice from surrounding noise. The amount of attenuation can be set from 0db all the way to -20dB and the plugin will perform its magic in real-time (1ms delay) without having to “learn” about the noise you want to filter out.

You can have two instances of NoiseAssist running at the same time, either to isolated channels or to one of the main busses, L or R. So it’s possible to engage it on channel 2 and on bus L for example, or on both busses, or on two individual channels (excluding channels 17-32 on Scorpio). A small blue diamond on to of the meter indicates that NoiseAssist is engaged on a given channel. For a full rundown of how to install and setup NoiseAssist, watch the video below:

SoundDevices NoiseAssist has been developed especially for high-end dialogue recording on set and since it’s a pro feature for pro sound engineers with pro (SoundDevices) gear, the price for this plugin is also kind of pro: clocking in at $600, it’s not exactly cheap. If it’s worth it? I don’t know but the samples from the video do sound very promising, indeed!

If you purchase this plugin, you’ll get a license file which you should copy onto an SD card and then install the plugin from within the mixer’s menu system.

Do you own an 8-Series SoundDevices mixer/recorder? Would this plugin be something to consider? Let us know in the comments below!