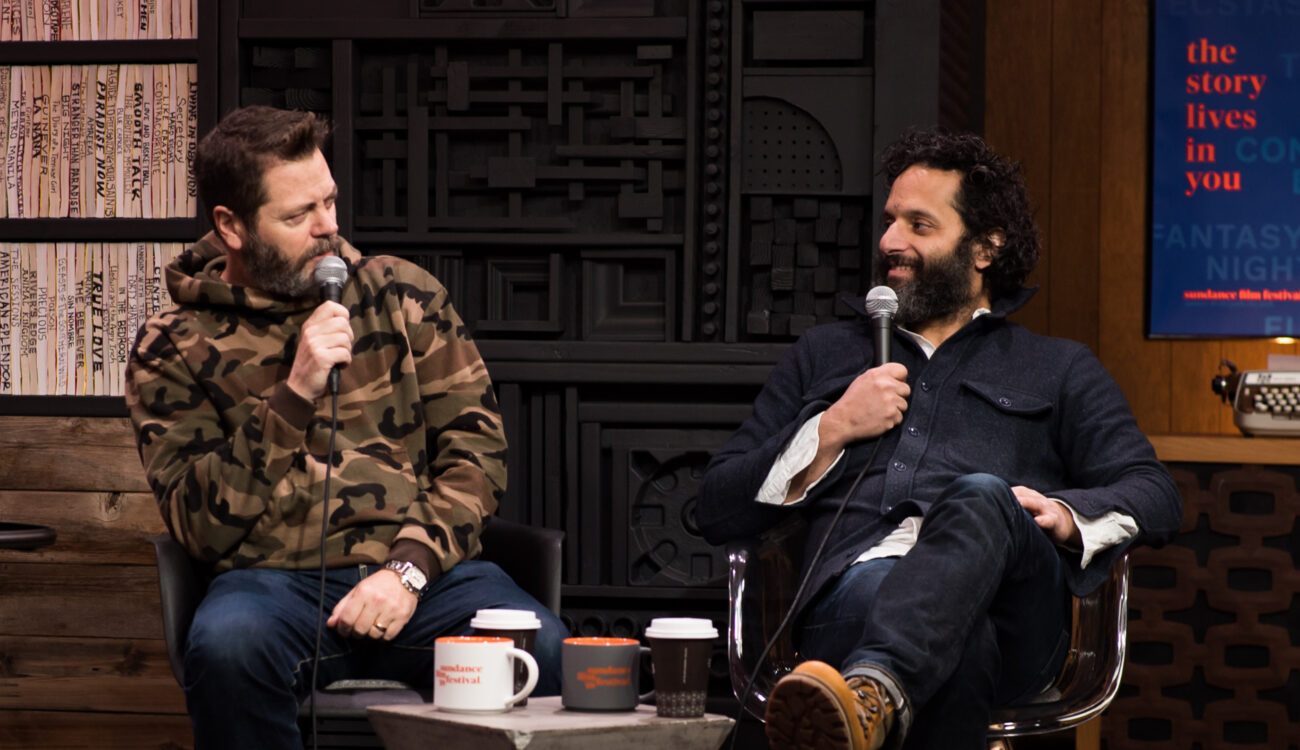 One of the many joys of attending the Sundance Film Festival is sitting in the Cinema Cafe at Filmmaker’s Lodge on Main Street. Apart from the more formal panels, these intimate morning gatherings are an opportunity to marinate in war stories and anecdotes from artists and filmmakers, as they give a glimpse into their lives and projects.  Sometimes Steven Soderbergh tells you he’s forswearing all cameras but the iPhone. Other times, Nick Offerman and Jason Mantzoukas split open the ribs of a hundred or so strangers and break out into random song. Here are a few gems that were slid in between the jokes. 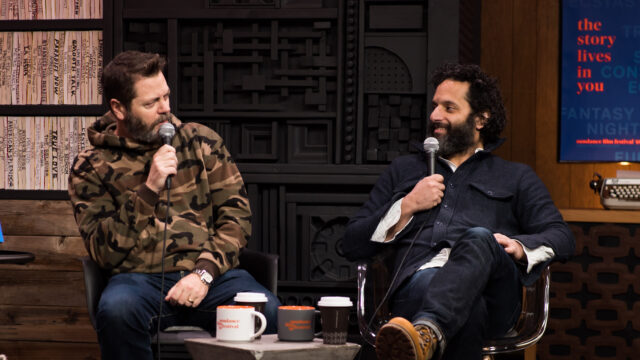 At certain points in one’s career, it can feel like you don’t have much choice in this matter, but for most of us, freelancing gives us more freedom than we’re willing to take. It’s a great deal easier to work with the devil you know, but if you’re feeling a little stuck, there’s a good chance you could change your trajectory by changing the crew with whom you roll. Both Mantzoukas and Offerman spoke to choosing gigs based on the character of the people working on them.

A young actor in the crowd asked about biding one’s time while waiting by the phone for the next gig to come in. Offerman quipped, “You know, they make phones you can take with you now,” while Mantzoukas implored the young hopeful to get out and create. This applies to individuals who work on both sides of the camera. If you’re out of work, make some calls. Join up on someone else’s passion project. Go to screenings of your friend’s terrible short film and do some networking. Always have something you can be looking forward to on your slate of projects. The mountain isn’t going to come to you, so be proactive. “Make things with your friends that look good that can be your calling card”.

“Don’t be undone by a little bit of success that doesn’t go how you think it will”. This business is about continuous reinvention of self and revision of artistry. It’s natural to think that when things start going well, you can breathe a little and ease up on the actions that got you to your current rung of the ladder. Be vigilant in the pursuit of the career you want, and try not to get discouraged when you’re not an overnight sensation. The taste of success should make you hungry to work harder.

4) Feed Your Artistry
Both gentlemen talked about the years of work they had to put in before they got the gigs that would elevate their careers. They found ways to perform and create and hone in on their unique perspectives, so they didn’t go insane taking gigs that weren’t what the dream prescribed. For filmmakers, this can be a challenge, especially if you have a stacked schedule or your run your own company. The last thing you want to do is give yourself more work that no one is paying you to do…  but you need to. You need to remember why you love what you do and what drew you to the work in the first place. If you don’t, that staleness works its way into your projects, whether you realize it or not. Go shoot a music video for a local band you love. Go to a film festival and listen to panels given by passionate filmmakers. Do test shoots to experiment with new lighting setups, just for the fun of it. Make a ridiculous stop motion short. Put yourself outside of your routine, and feed your artistry.

5) Don’t look for where you fit.
Hopefully by now, we’ve lost the cynics, and they’re already trolling the comments, because this one’s wholly contingent on optimism, and it’s huge. Don’t look for how it’s been done. Stop searching for how you fit into someone else’s scheme or structure. Craft and create and hone in on what it is that you have to say. Just focus on being the best version of the filmmaker you are, instead of trying to satisfy what the market needs. This was echoed throughout the festival by writers, directors, producers, and anyone with even a teaspoon of success. You’re the only one who sees the world through your eyes, colored by your experiences. Dedicate your energy to figuring out how what you take in through your lens can give the world an insight to your little piece of the human experience.

Feel free to  share with us your own “Career Advice” for the benefit of others in the comment section below.