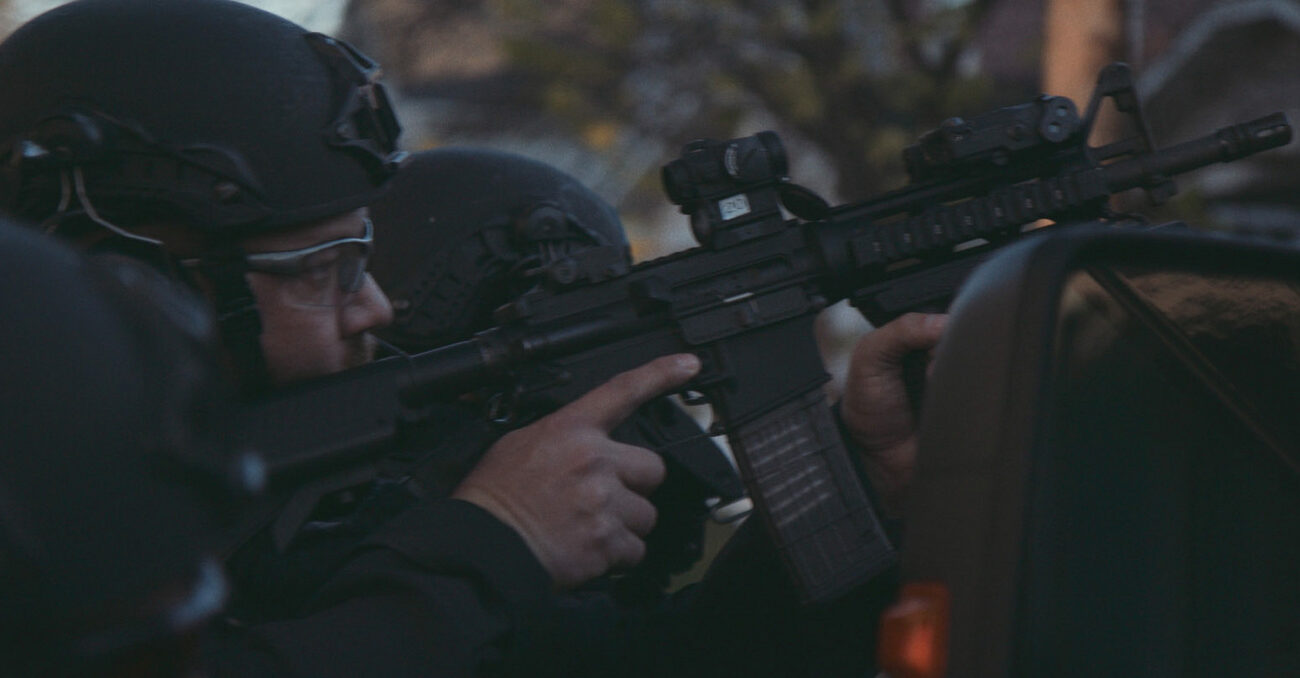 It’s that magical time of year when filmmakers flock to Park City, Utah.  We’re giving you a brief on the cinematographers who are showcasing their work at the 2018 Sundance Film Festival – one DP at a time. Meet Matt Porwoll, DP of The Trade.

Still from The Trade. Courtesy of Sundance Institute.

MP: We needed a camera that was small, good in low light, had high dynamic range, and capable of recording good quality audio. To me, there was no better choice than this setup.

MP:  We needed to keep our camera package light and compact. This lens list gave us a huge range of focal lengths without having to carry a lot of gear. While we shot 90% on the zooms, we had the 24mm prime for extreme low light shooting situations.

MP: We kept our camera package as slim as possible, and gave ourselves restrictions on gear to
maximize the creativity. We didn’t use gimbals, sliders, etc and stuck to traditional handheld
verite for our shooting style. We did employ a drone in each city for high angle perspective shots
of the areas our characters existed in.

MP: Since we were shooting with EF lenses that have a clicking iris, we used variable ND filters to
subtly adjust exposure while being able to maintain a consistent shooting stop on the lens –
generally an f4. We also had a polarizer for landscapes and establishing shots.

cinema5D: Other than the camera package, what was a pivotal piece of your kit?

MP:  Our camera team was not only shooting, but also running our own sound. Because of this, we had our producing partner operate the boom. To keep things simple and reduce the stress of the producer, we had our booms wireless that ran straight into camera so the DP could keep tabs on the levels. This setup was a life-saver!

MP: The approach to lighting was entirely natural. We never wanted to augment the space with lights. This is why wechose a camera to give us maximum flexibility in a wide range of shooting conditions. Each team carried a LitepanelsAstra Bi-Color that was used for our interviews.

A film still from The Trade by Matthew Heineman, an official selection of the Special Events program at the 2018 Sundance Film Festival. Courtesy of Sundance Institute | photo by Matt Porwoll.

cinema5D: Anything else you want to mention?

MP:  This approach to storytelling requires a deep trust and respect between the subject and filmmaker. To achieve this, we needed to keep the crews small and consistent. Each team consisted entirely of a producer and a cinematographer, who also did their own sound. Everyone on the project was dedicated to their storyline line 100% through the entire production process. This posed many challenges, such as limited support in the field, managing camera and sound simultaneously, and being emotionally drained from the oftentimes tough scenes we were a part of. But without these challenges, we wouldn’t have been able to achieve the story we were after. I am forever grateful for the teams that gave it their all on this project – my fellow cinematographers Max Preiss, Ross McDonnell and Peter Hutchens, our producers Damon Tabor, Myles Estey, and Brent Kunkle, and incredible showrunner Pagan Harleman. There were many challenging scenes in this project for all three storylines. For Damon Tabor and I, the most difficult
scenes to shoot were when our subjects were actively using heroin. These scenes are intensely raw, emotional and intimate, making our presence and choices in shooting position quite sensitive. We had to be respectful of the process to show the experience from their perspective while also separating our own emotions from the moment. This is where our relationship with our subjects allowed us the trust required to achieve these scenes. We shot all of our footage in Canon Log3 and exposed off of the camera’s internal Rec709 LUT. Seth Ricart at RCO did the color grading of the series. We decided to create a unified look to all three storylines to add cohesiveness to the intertwining stories.