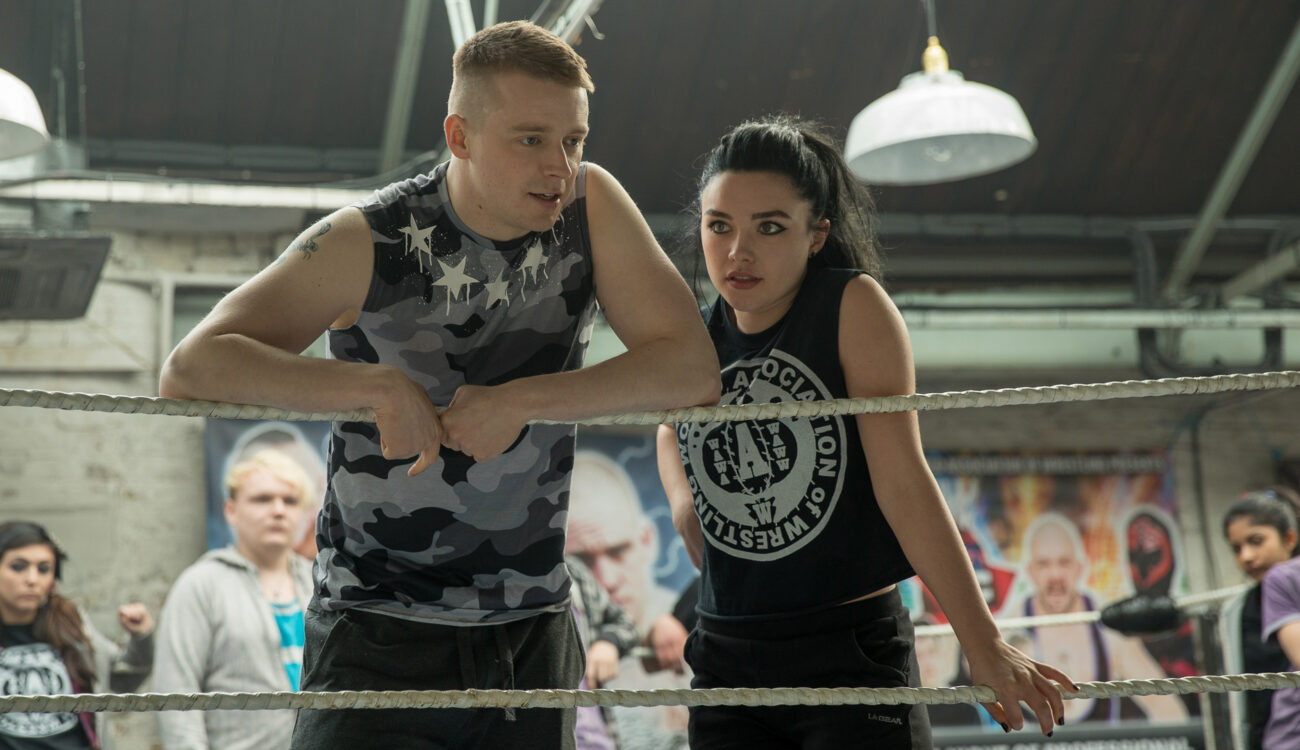 The Premieres category at the Sundance Film Festival is reserved for world premieres of “highly anticipated narrative films of the coming year.”  In other words, these are the films you’ve already been hearing about or will be hearing about as 2019 unfolds. They usually have an established director or a cast full of well-known talent. While ineligible for Grand Jury prizes, these films can still get audience awards, and their success at the festival (audience reception and reviews written) can determine their distribution, how high the heat is cranked under the film’s p&a, or how wide (or narrow) a release it will have. Fighting with My Family already has plenty of heat, stoked by its stellar cast, including Box Office knockout, Dwayne Johnson.  Here’s a quick look at how the film was shot and lensed from DP Remi Adefarasin. 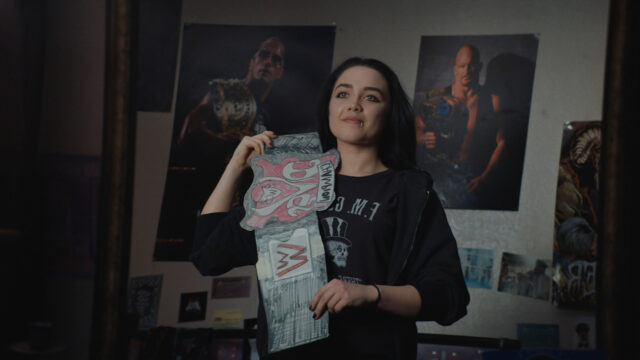 Florence Pugh appears in Fighting with My Family by Stephen Merchant. Courtesy of Sundance Institute.

DP Philosophy:
For me every film is different, and I try to find a heart and soul of each film from the script. For this film, I had read the script, but the film is also based on a real life family, and there was a documentary made about the family and their experience in the wrestling ring. I usually try not to watch films of a similar subject to the film I’m about to make but of course, I had to watch that documentary. It’s amazing how closely our designer, Nick Palmer, had managed to match the sets to where they actually lived. 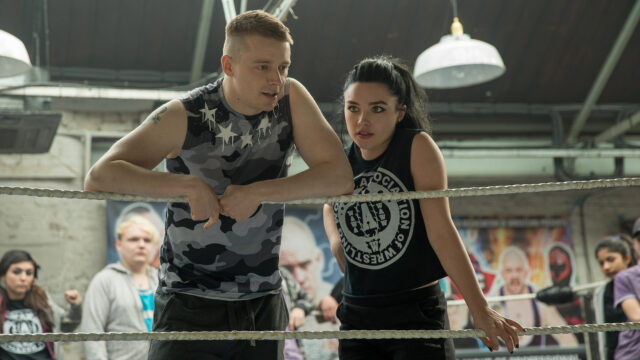 What was behind your camera body choice?
Being an emotional human story I would have liked to have shot on film, but that wasn’t to be. I chose the trusty Arri Alexa XT and the Mini, very dependable cameras with very filmic sensors.

How about the glass?
We chose to shoot 2.39 and used a set of Arri Master Anamorphics T1.9 primes.

Any go-to glass filtration in your kit?
Of course with a digital camera, you need ND filters, and it’s best to have IR, infrareds. Apart from that, we used Black Pro Mists, eighth, quarter and a half.

What was the prep like?
Prep was fairly standard for this film: the normal thing of choosing the best locations and then being told that they’re too expensive or too far apart and then having to compromise. We had the unusual problem of having to film locations in England and making them look like LA, and filming LA to look like England. Testing was mostly about how to film an actress and make her look like a professional wrestler.

Describe your process of collaborating with director, Steve Merchant.
We had worked together previously and knew each other very well. As well as a great actor, (Merchant) is also a very talented director he knew the story that he’s telling. He also wrote the script. We both knew our jobs and used humour to keep things flowing fast and truthful. 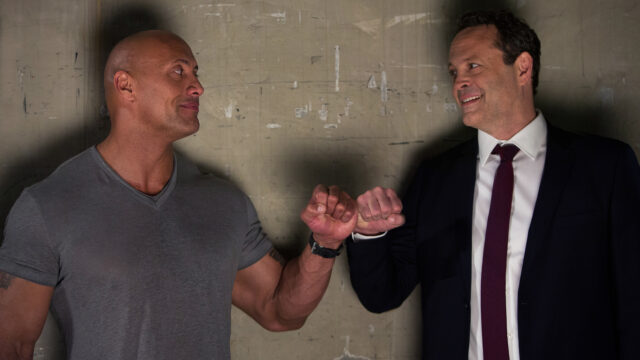 Remi Adefarasin studied Photography and Filmmaking at Harrow Art School.  He is a member of the British Society of Cinematographers, and his credits include films such as About a Boy, Match Point, Elizabeth, Elizabeth: The Golden Age, Johnny English, Little Fockers, and many others.  For his work on Elizabeth, he was nominated for an Academy Award in cinematography in addition to winning a BAFTA and BSC award. He was made an Officer of the Order of the British Empire in 2012.