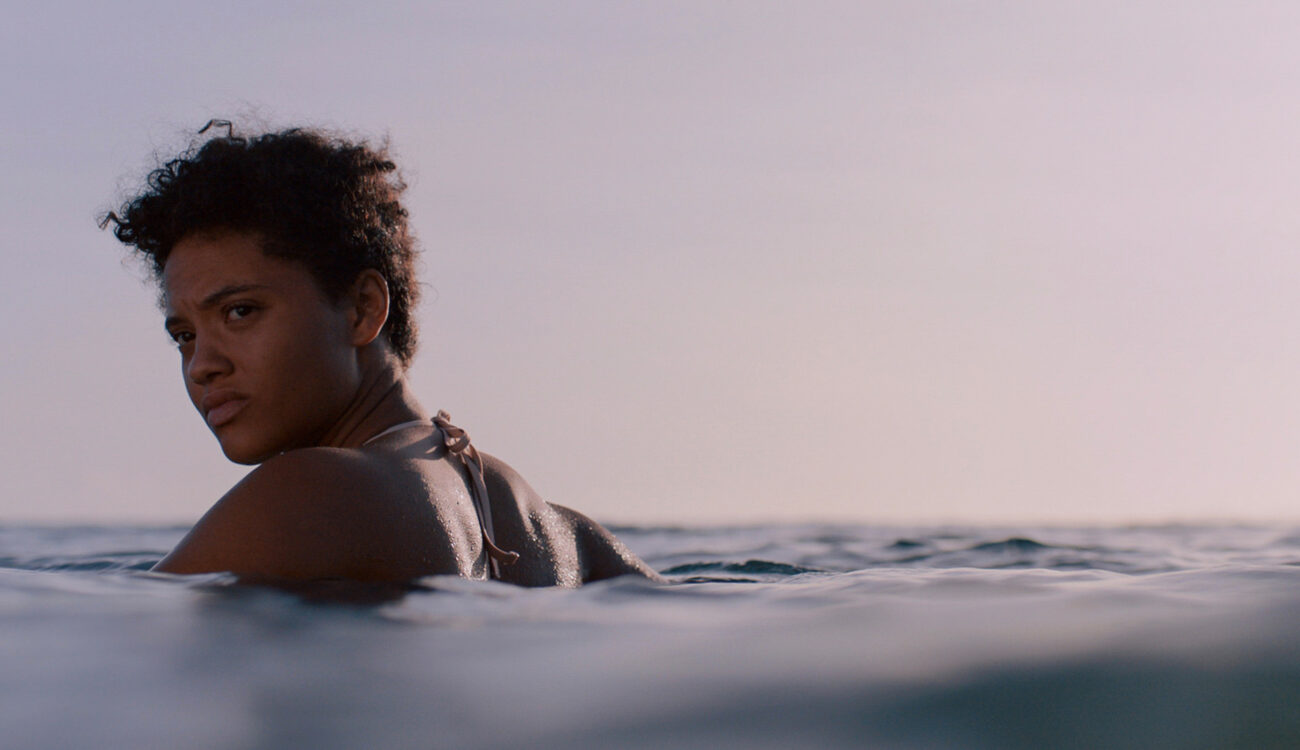 The fishy love interest from Shape of Water has an evil cousin, and he’s here to eat you and all your millennial friends. Sweetheart is part survival, part creature feature, dripping with throwbacks to the the decade when this subgenre dominated sleepover nightmares. 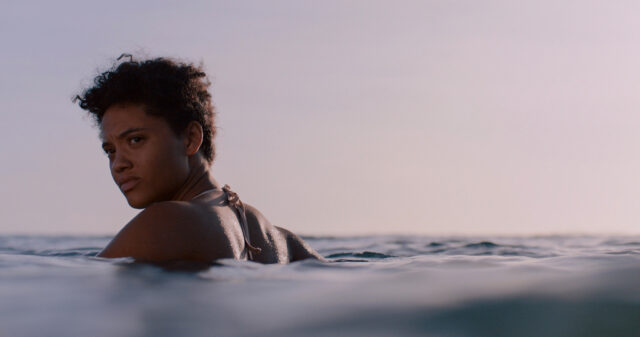 Kiersey Clemons (Jenn), star of last years musical standout Heart Beats Loud (also a Sundance premiere), has the screen mostly to herself over the brisk 90 minute runtime of Sweetheart, and she doesn’t need Wilson’s help to captivate you.

Director/Co-Writer, J.D. Dillard, crafts a simple setup in this Blumhouse thriller. After some post-college-prove-yourself boat trip, which is never really explained, two friends wash up on the shore of a deserted tropical island (shot in real life Fiji). The island is beautiful, but so was Fyre Island, and just like Ja Rule’s influencer victims, no one wants to stay.

However, in the first two minutes of the movie, one of them becomes a permanent island resident because of well, dying there.  Spoiler: it’s not Kiersey Clemons. What’s nice about this rando named Brad’s last few flickering moments is that before he dies, he gives us our first tease of the creature, “Did you see it, too?”

Jenn did not see it too, and she goes off to needlessly get him a healing coconut.  Even though retrieving this superfood is fruitless, seeing Jenn in the simple act of cracking a coconut serves its purpose. We discover that while she is maybe no survivor, Jenn is far from flimsy. Within the first five minutes of this movie, we see the seedling of a creature fighting heroine with all the strength of a Ripley or a Lara Croft, but none of the training or prowess, which is much of the fun of Sweetheart.  We watch our protagonist discover what she is capable of.

The environment forces Jenn to rise to the occasion. First, she has to survive the weather and figure out where to find some gnosh. Her scavenging skills are A++, as she discovers an old campsite with SCORE! some matches and a few other useful bits and bobs. (The matches feel really convenient, but watching Jenn count the days by how many matches she has left is a clever way of tracking time for the audience.) With coconuts for thirst and fish for sustenance, Jenn buries her friend and feels like she has this whole survivor thing a little more under control.

Jenn is unaware that despite watching the only other living being on the island (sweet, vacant Brad) journey to that frat house in the sky, she is not alone in this scare-adise. When a plane flies overhead, Jenn shoots a flare into the sky, seemingly to no avail… except for when the red flash falls to the ocean in the most epic homage to the creature feature of this entire film, a quick silhouette of our muscly man-shark rising out of the water. Every night that follows, Jenn finds herself on the wrong side of the hunt. When it’s finally revealed, the monster looks A LOT like Guillermo del Torro’s fish-man from Shape of Water, but with the head of a baby shark… da-doo-doo-doo-dah-doo. However, this amphibian is less interested in listening to music and making out, and way more interested in eating everything that moves.

With a script light on easy answers and heavy on unsettling moments, you rarely learn much about the protagonist, but that’s okay, because what matters is the warrior she’s becoming. With very few places to hide, Jenn has to figure out how to put any barrier between herself and her hunter. There’s an attempt at using height, but all she has is a makeshift hammock. There’s an attempt at a haven, but all she can find is a hollowed out palm tree. These two scenes in particular are quite effective in giving the audience a good jump.

The action unfolds across a taut line on which Jenn must balance being visible enough for rescue and covert enough to not be eaten by the predator beneath the waves. The effects are uniformly fantastic, and although the creature may be a little silly, once you see what it can do to you, and where it drags its victims, it’s easy to be onboard. The creature’s audio design elevates its impact, and may keep you out of the aquarium for quite some time.

That’s not to say there isn’t a face-palm moment or two. When the addition of a few surprise human guests brings dialogue into play, you will long for moments when all we had was our star and her will to survive. While this isn’t a life-changing cinematic experience, there are still a great many elements that categorize this saltwater saga as a good fun watch. Chase scenes on the beach lit by lightning, underwater cinematography, and badass fight choreo that Kiersey Clemons absolutely slays, make this worth seeing in theatres. Be warned that if you aren’t already, you will probably become a Kiersey fanatic, as you cheer on a warrior guaranteed to become America’s next creature-crushing Sweetheart. (i.e. Badass)