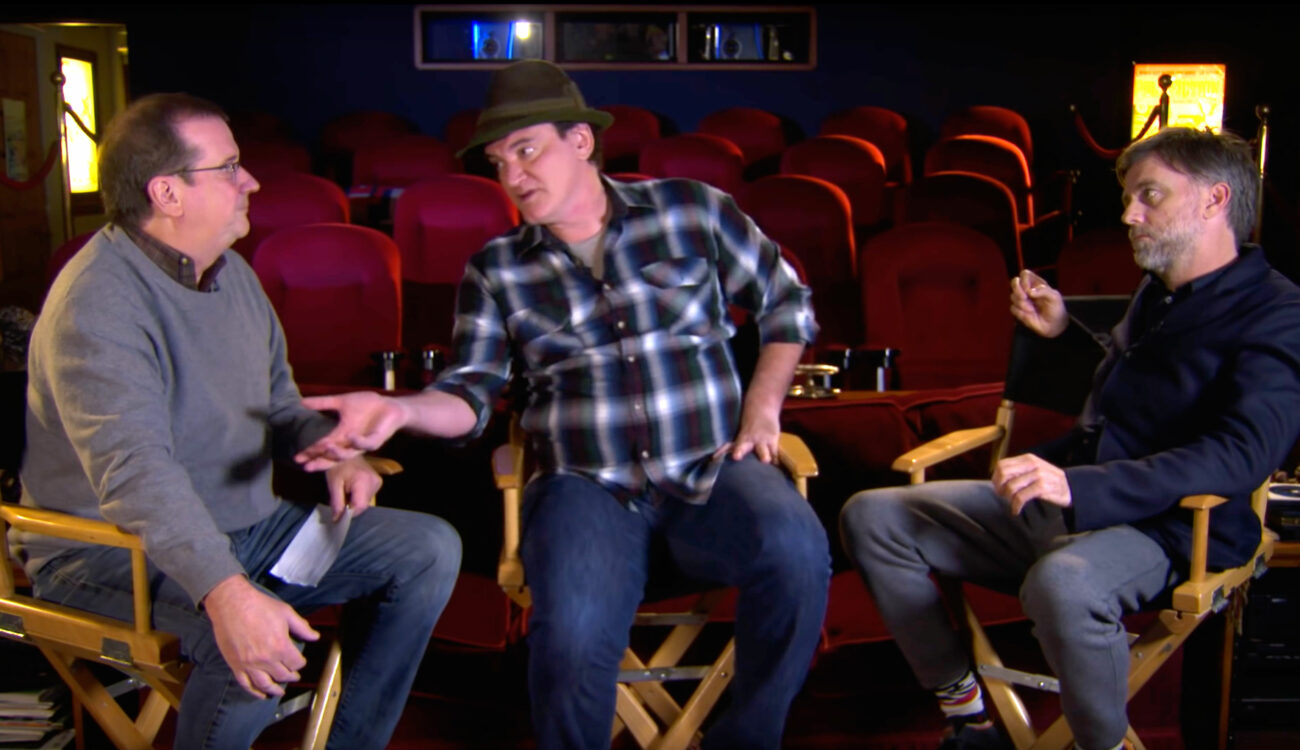 Christmas season is the time when most of us finally have the time to spend with loved ones and indulge in long-neglected hobbies like overeating or excessive movie watching. It also gives us the time to sit back, relax and to watch behind-the-scenes documentaries about movies and filmmakers we love.

The Weinstein Company has released a wonderful 40-minute conversation with two of my all-time favorite directors, Paul Thomas Anderson and Quentin Tarantino, recorded on Christmas Eve in Tarantino’s very own basement theater at his Los Angeles home.

Most of you know cinema5D as a very gear-centric website and we don’t spend a lot of (or enough) time talking about the content of films. Be that as it may, I found it liberating to watch the conversation between these world-renowned filmmakers geeking out on numerous classic films that were shot and/or projected on 70mm film, only to prove their point that is the superior format to digital and 35mm projection. Particularly Tarantino’s encyclopedic knowledge of films is staggering, but that comes at no surprise – his films are like minefields of references to an uncountable number of film genres and particular classical films. For cameramen/cinematographers who never had the chance to shoot in 70mm (that would be 99.99% of us) it’s also very educating to hear for what creative reasons in particular these filmmakers value the scope of the 70mm over anything else. (Christopher Nolan, Tarantino, JJ Abrams and other filmmakers managed to “save” the production of 35mm film stock just over a year ago.)

What is much more surprising than Tarantino’s knowledge though is the fact that he has succeeded in convincing a number of theater chains (like AMC) to bring back 70mm projectors to project his new film “The Hateful Eight” in this very format, which oftentimes meant necessary adaptations to the screening rooms that involved cutting additional holes in the projector walls in some cases.

In the second half of the conversation, they turn to the score of “The Hateful Eight”, which was composed by none other than Ennio Morricone, who hadn’t composed any Western score since the early seventies. It’s particularly noteworthy as this is the first time that Tarantino uses an original score in one of his movies. He recounts the day he visited Morricone in his Rome apartment to sit down with him discussing the film and music, which is particularly entertaining.