Japanese audio accessory maker Tascam has announced a newcomer to their growing family of audio recorders, the Tascam DR701D. We’re at Inter Bee 2015 and took a closer look at the new unit. 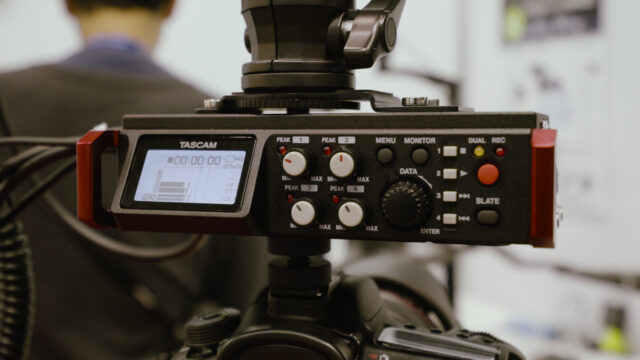 The uniqueness of this recorder is definitely a feature that lets you perfectly sync with the camera it is connected to by triggering the start/stop of recordings via HDMI connection.

I’m sure you will agree it is a very smart move from Tascam to include such a feature as we all learned to hate pressing REC buttons twice (Not to mention the times we forgot to press the REC button on the audio recorder…) and sync audio and video files in post.

As a sidenote: I was very curious to find out if sales of external audio recorders had declined because of the latest development of DSLR and mirrorless cameras, that achieve better audio recordings internally. I was very surprised to hear from several sources that sales have actually increased!

The main features of the new Tascam DR701D audio recorder:

The new Tascam DR701D is already available for pre-order and expected to start shipping in about two months.