If you’re already knee-deep into the Teradek ecosystem of wireless video devices, this is good news for you! Here at NAB 2018 we’ve caught up with Teradek’s Michael Galling and he runs us through all the features of the new Bolt XT and LT lines. 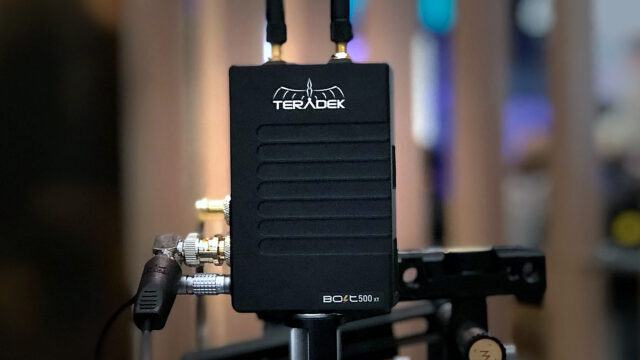 The Bolt XT and Bolt LT are two completely new lines within the Bolt ecosystem of wireless video transmitters and receivers. However, the good news here is that both lines are compatible with all existing Bolt 3000, Bolt 1000 and Bolt 500 systems.

These two new lines of wireless transmitters and receivers actually have a lot in common, you could think of them as siblings. In this metaphor the Bolt LT would be the younger brother/sister whereas the Bolt XT would be the big girl/boy. Both share the exact same video transmitting performance but when it comes to features, the Bolt XT sports the full package while the Bolt LT focuses on just the essential functions. But because of that it’s more affordable, of course.

The Bolt LT starts at around $1.500 which gets you both, the transmitter and the receiver. The transmitter offers video loop-through but tt’s HDMI only. For $500 more you’ll get the same version but with SDI ports for video input (plus loop-through) and output.

The Bolt XT, however, gets you more features as well as more SDI/HDMI inputs outputs depending on the chosen model. It offers the same wirelsess transmission performance as the LT line, it’s really about flexibility in terms of video ports and more software features. The Bolt XT offers a 3D LUT engine, a manual frequency selection tool and a built-in 5Ghz spectrum analyzer. This will help a lot if you’re working on busy sets with a lot of interferences around or if you deploy multiple Teradek Bolts at the same time. Now it’ very easy to find the perfect frequency for each device so that nothing interferes with each other. 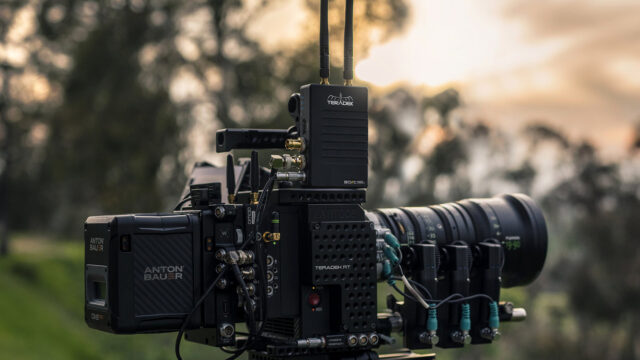 The neat thing is that the unit outputs a visual feedback to a connected monitor. So you know exactly which channel is open and which is occupoied by another device. Furthermore, the Bolt XT line has dual video inputs (HDMI and SDI) on the transmitters plus SDI loop-through. On the receiving side the XT line offers dual SDI outputs plus HDMI out. The receivers have NATO rail mounting built-in and they now come with a 3/8″ mounting port for even more ruggedness. The transmitters got a 3/8″ ARRI pinlock mount.

Both lines, the XT and the LT share one more cool feature: Pass-through power with integrated plates! Now you can mount the battery that fits your workflow best directly on to the back of the unit, no Lemo cables needed since the plates are wired directly to the Bolt LT or XT. Choose betwwen V-mount, Gold-mount, Sony-L or Canon LP-E6 battery plates. Neat!

Michael sneak peaks a little into the future of wireless video solutions by Teradek and the obvious next step, besides of extended range, is 4K. Since this is 4 times the size of HD, wireless (and zero-delay) video transmission of 4K video is still a quite tricky thing to do. We’ll probably see this technology in a kind of bridge technology scenario first in which big 4K client monitors will be equipped with stationary 4K video receivers. Further down the line the technology will obviously evolve (and shrink in size) so we’ll see portable 4K transmitters and receivers. 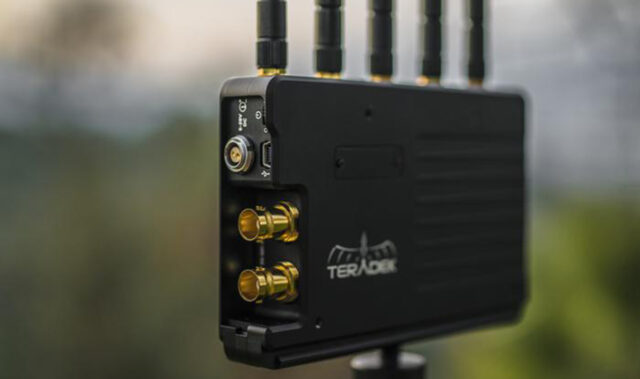 Head over to Teradek.com for full specifications.

Do you use Teradek wireless video devices? What do you think of these new lines of Bolt transmitters and receivers? Share your thoughts in the comments below!