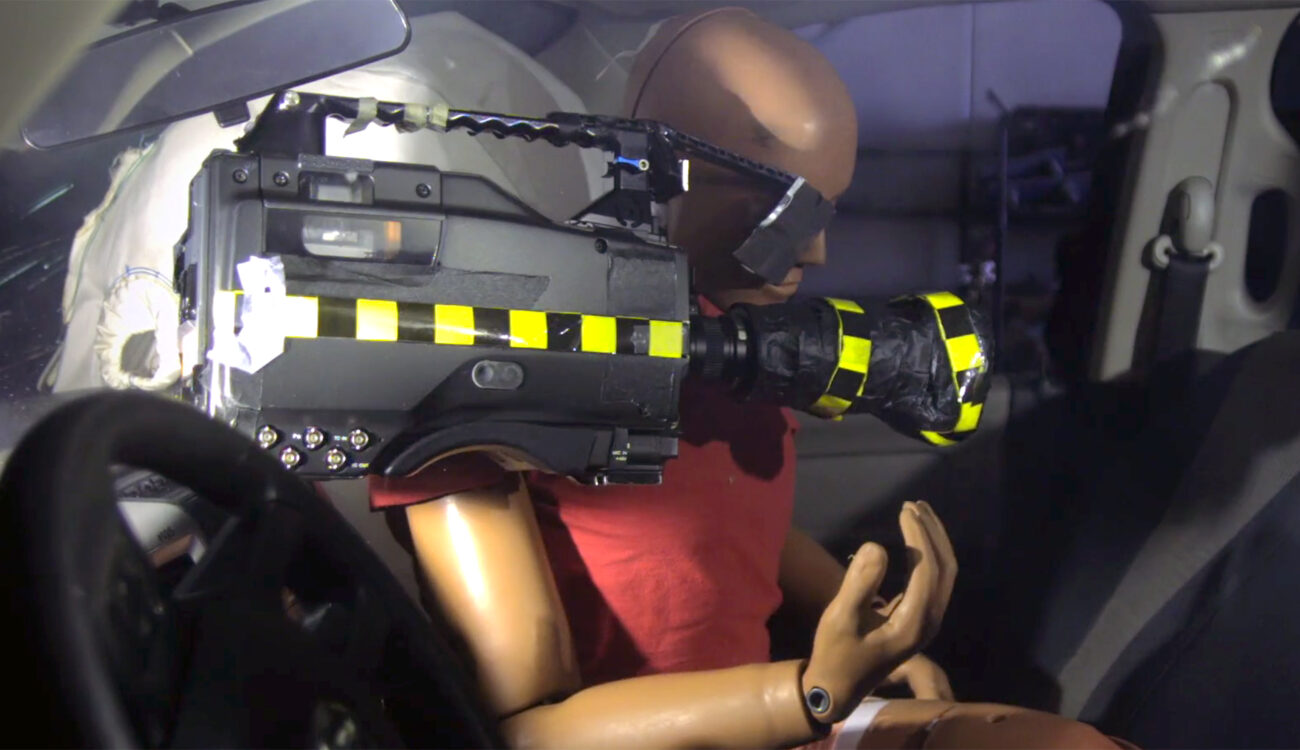 The International Cinematographers Guild Local 600 has pulled off an extensive test on how an airbag could act as a potential hazard to cast and crew in a driving car while shooting a scene.

As a working camera operator this scenario is probably a familiar one: The task at hand is to shoot a short scene inside a driving car. Just some nice over-the-shoulder shots, a POV of the road ahead and maybe a little extra closeups of the protagonist. I personally have done exactly that just weeks ago.

How an Airbag Potentially Gets Dangerous

Truth is, while trying to get the shot you’ll likely squeeze yourself into the seat in a very awkward way. Not the way the automotive engineers had in mind when they designed the airbag which should save you from harm in the case of an accident. But sitting in the correct position with the belt fastened is key in order to take full advantage of the airbag(s) when you need them.

Watch the video below to see what could happen to you, your gear and other people in the car.

The problem here is the recklessness of the people involved. Nobody thinks of an accident when entering a car. But if desaster strikes, you don’t want to sit backwards with your neck towards the deploying airbag and with a 25 lbs camera on your shoulder. But still, as mentioned above, that’s exactly what I’m doing. Because it’s just a few shots, only 10 minutes… Another aspect might be the fact that everybody in that car is focused on the scene, not necessarily on driving, so accidents could be even more likely. 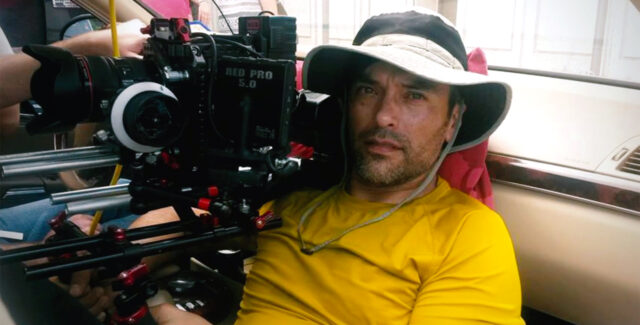 Some facts about airbags:

How to Deal With it

I think this is a common issue in our industry: Nobody on set wants to be the party pooper. In fact it’s usually quite the opposite: everybody goes past the limit in order to achieve the shots, because the art is everything. Since most of us are freelancing, we need to stay on the radar of potential clients and achieve the best. Risks are accepted in order to reach that goal. That little airbag won’t get between me and the perfect shot! Right?

Time to pause and think: What choices do we have? Refuse any handheld camera work in a car from now on (that’s what the ICG Local 600 recommends)? Ignore the issue and keep shooting reverse-style without fastening the seatbelt? Sensitize your director and crew to the dangers of such a work environment and try to get creative about your options to keep safe and get the job done successfully. After all, finding creative solutions is what filmmakers’ are good at, aren’t they?

What is your approach to tackle this problem? Feel free to share your experience and ideas in the comments below!

The ICG Local 600 wants you to report each and every potentially hazardous driving shot using their SAFETY app (US only).