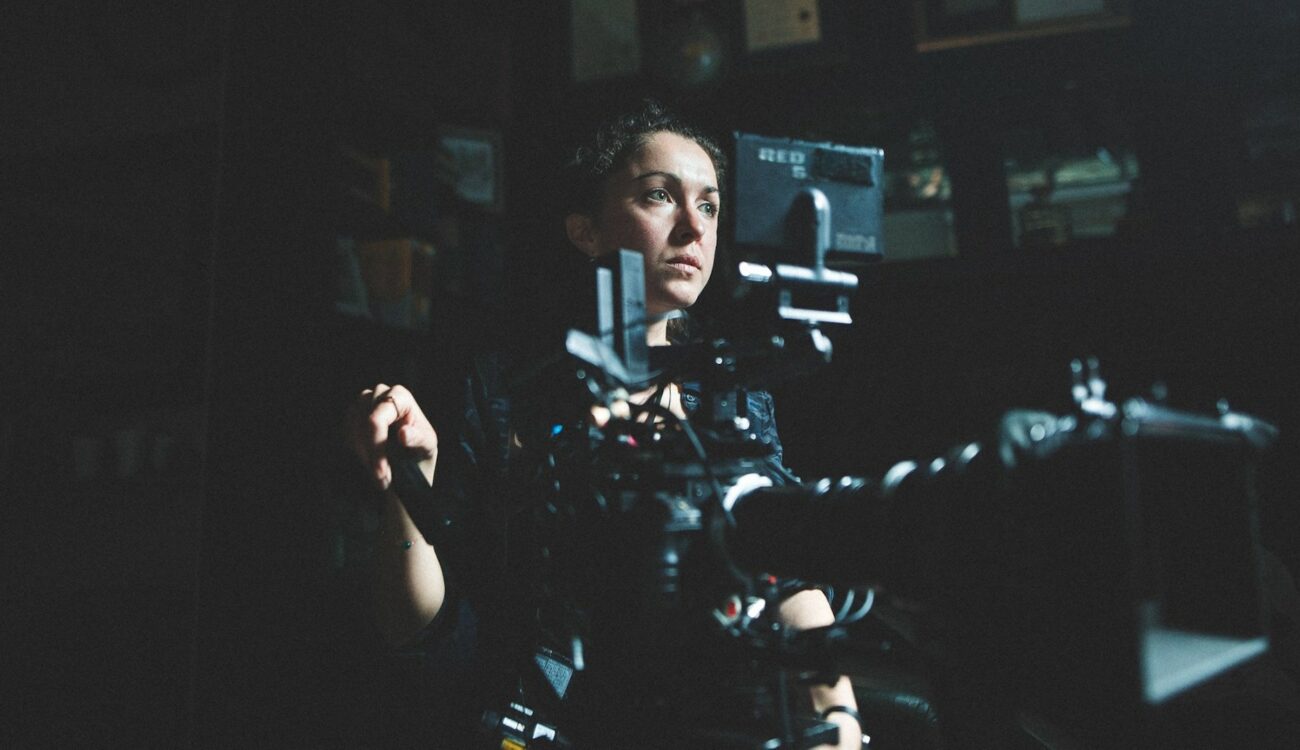 This interview is part of a new CineD series celebrating women in the film and television industry. Read our first piece with colorist Rebecca Goodeve here.

Sit down with Ashley Barron ACS, and you’ll quickly realize you’re with someone quite unique.

Growing up across four countries, she was one of just 28 cinematographers worldwide to be accepted to the American Film Institute (AFI) Conservatory at the age of 22 – making her one of the youngest in her class.

She’s since worked as a DP across four continents, winning multiple awards along the way and becoming one of only 17 women currently accredited by the Australian Cinematographers Society (ACS). Below, we spoke to Barron to learn more about her record-breaking career, including how traveling has benefitted her as a DP.

Ashley Barron, ACS: I grew up between Russia, Ireland, Armenia and finally Australia – where I went to university in Perth.

Going into my degree, I knew I wanted to work in the film industry but wasn’t sure exactly how. Then, someone handed me a camera and that was the end of it. From then on, I was going to be a Cinematographer. It was the only thing that made sense to me.

Has all the travel you’ve done benefited your career?

A.B.: Absolutely. At first, I felt like I didn’t belong anywhere, which was problematic on a personal level. However, I soon realized the benefits of growing up the way I did.

You end up being a chameleon. You become open-minded when you get a taste for different cultures and how you assimilate within them.  That’s why I’m so pro-multiculturalism and people traveling. I think it’s healthy, not only for human development but also for humankind.

As to how it’s affected my career: it’s influenced my ability to approach with empathy and objectivity, to observe. I’ve also found I’m not as intimidated by the idea of stepping into something entirely new, with people who I don’t know – which has greatly benefitted me as a DP.

Did that make going from Perth to LA for film school easier?

A.B.: It did make the journey less intimidating, but getting into AFI was still a huge challenge. I’d started working as a 1st AC and 2nd AC in Perth, then went to do an exchange semester in Canada, where one of my teachers suggested that I apply for the AFI.

I was fresh out of university so I didn’t have a huge portfolio behind me. I spent six months compiling my application! I researched how others got in as well as past and present teachers, reached out and asked for advice.

As for the experience at AFI: the year I got in, a lot of interesting stuff was happening in the industry, like the Writers Guild of America strike. The strike was awful for the many who were no longer able to work, but it also gave a lot of older crew members the time and opportunity to follow their dream of becoming a Cinematographer.

That meant that I went to AFI with a lot of really experienced Focus Pullers, Grips, and Gaffers. All these talented people who also want to be a DP, but never had the time.

I found that a big challenge. I was still figuring out how to have a voice and have the presence a Cinematographer needs to have. I was certainly never mistreated, but I did sometimes feel like a puppy in the middle of all these experienced professionals!

That said, the course was life-changing: it was two years-worth of just straight Cinematography. It was like a boot camp into the industry.

What advice would you give those currently finding their voice?

A.B.: The old adage of – just keep shooting – and evaluating your own craft. You’ll eventually learn about your own tastes in both craft and collaborators, and what to importantly eventually say ‘no’ to.

In order to do this, you need to network to find those experiences. Fake it till you make it. I’ve seen so many talented people hold themselves back from experiences thinking they’re not ready. Self-doubt can lead to self-sabotage which won’t help you progress. Remember that imposter syndrome is normal, even Oscar winners will have it.

I’ve found the best way to learn how to be assertive is the old school of hard knocks – you just have to live life and practice. It’s not as easy as it sounds, but you have to jump into the fear and kind of go with it. That’s what builds your ability to then fly on instinct.

Finally, what is your signature style as a cinematographer today?

A.B.: The projects I’m drawn to. They explore someone’s experience and take the audience on their journey. I believes that cinema’s power is the creation of empathy and understanding somebody else’s point of view. I strive to use that as an engine to my approach and aligning this with the director’s vision.

Though it’s project and budget dependant I don’t remember the last time I shot anything that wasn’t an Alexa Mini. It’s beautiful and gentle, it reflects the world how I want people to see it in the stories I’m invited to tell. The form factor and technical aspects allows for flexibility and speed.

For lenses – I tend to be drawn towards glass that have character. I find lenses with roundness, texture, softness, and aberrations such as older spherical lenses or anamorphics feel more organic and help me place the audience into the world I strive to take them on a journey through. I’m also an underexposure kind of person not just in darks but also in skin tones.

Are you inspired by Barron’s work and career? Have you ever benefitted from traveling? Share your thoughts in the comments below and stay tuned for more exclusive profiles from women in the industry.