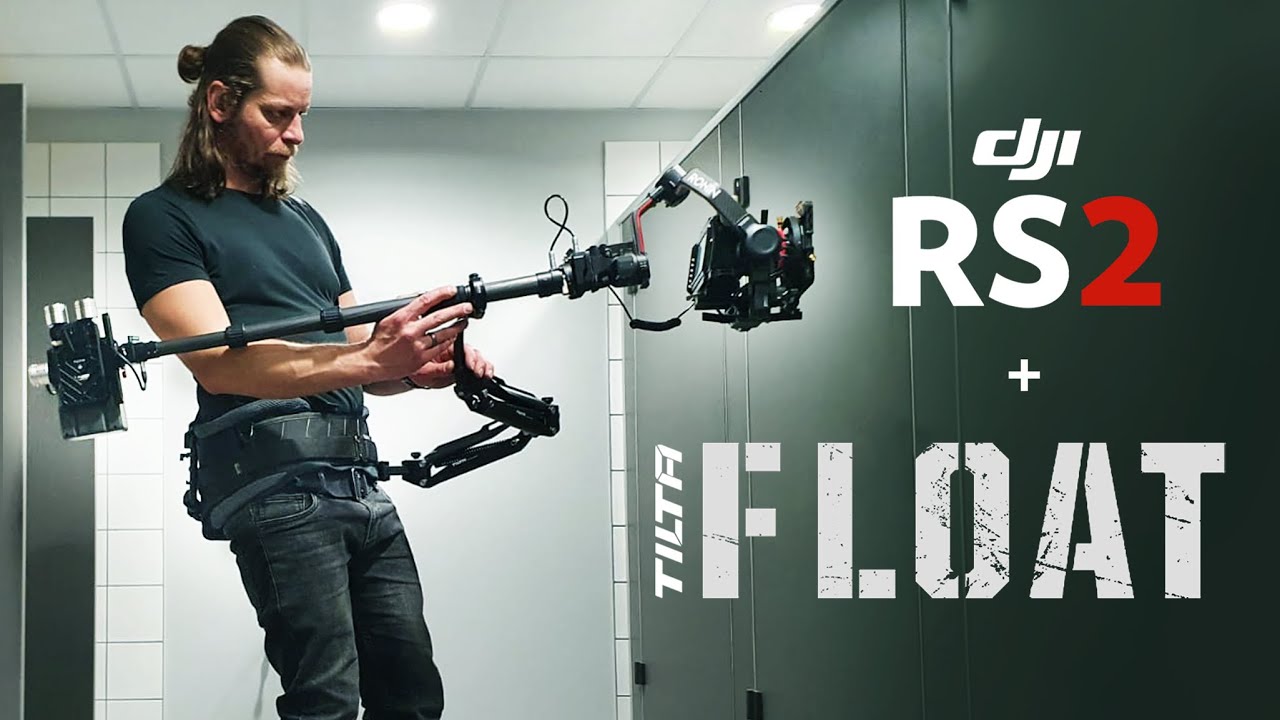 Tilta Float is a gimbal support rig for the DJI RS 2 that functions similarly to the ARRI Trinity. There is a quite in-depth review of the Tilta Float by Bestboy Adam on Youtube. He compares it to his DIY gimbal support rig, gives tips on balancing the rig, and goes through all the included accessories of Tilta Float.

Tilta Float set includes a stabilizer arm with a support vest and a steady-cam-like extension post. It is designed to carry the DJI RS 2 gimbal with a camera and it is supposed to function in a similar way as ARRI Trinity but at a fraction of the price. The aim of the system is to help with the weight distribution when filming with heavier setups and simplify lifting and raising the camera. In case you are not familiar with the concept of ARRI Trinity, check out this video we made about it at IBC 2017:

At the beginning of February, Tilta announced that both DJI RS 2 accessories – Tilta Float and the Hydra Alien car mount – received some updates in design (the good news) and at the same time a price increase (the not so good news). The Float System, therefore, went up from $1,199 to $1,349. That means the whole system with the DJI RS 2 gimbal can currently be purchased for around $2,200.

Now, how well does this system work in the field? Bestboy Adam tested the Tilta Float in his latest YouTube video.

Firstly, it is worth noting that filmmakers have been building DIY ARRI Trinity rigs on a budget long before Tilta introduced the Float. Adam is one of those filmmakers. He also built a DIY gimbal support rig before. I think that makes his Tilta Float review even more interesting and relevant.

As Adam stated in his review, the spring-loaded support arm is quite powerful. Even despite its compact look, it can support up to 10kg. The good thing is that the strength of the support arm can be adjusted tool-less. It can be connected to the vest via an ARRI rosette on either side. He suggests a quick release would have been better for situations when the arm needs to be taken on and off frequently.

The vest is, in fact, not a vest, but more of a support waist belt. There are, however, shoulder straps that can be attached to it. The only downside of the belt, according to Adam, is that it does not have any buckle, only velcro. It is, however, easy to add an additional belt with a buckle to it.

The extendable carbon fiber post has NATO rails as well as power connectors on both sides. The position of the battery pack (either V-Mount, Gold-Mount, TB50, or the original RS 2 battery) on the lower end can be adjusted for fine balancing. when using the original RS 2 battery, there are additional weights and a pendulum adapter. The flat tripod from the DJI RS 2 can be mounted on the bottom of the post to make it stand, but Adam would not recommend doing so for heavier setups.

The wireless module, that comes with the Float, is powered by a GoPro battery and it can control the DJI RS 2 as well as a focus motor as it has a focusing wheel. The module is also compatible with the Tilta Nucleus-N motor.

What intrigued me is that Adam tried the support rig with the previous DJI Ronin-S with the handle attached and it worked as well. The Tilta Float seems to be more flexible than I thought. In his video, Adam also shares tips on how to balance the setup properly by adjusting the length of the post, and the position of the battery.

The conclusion of Adam’s review is that Tilta Float is a really nice system, but as he already has his DIY rig, he does not need it. What he misses, are the accessories that come with the Float. An interesting aspect is that he made an attachment for the support vest that works in a similar way as a Ready Rig. With the attachment, he can handle a heavier setup with the DJI Ronin 2.

What do you think about the Tilta Float? Did you order the system or did you build your own rig for the DJI RS 2? Let us know in the comments underneath the article.