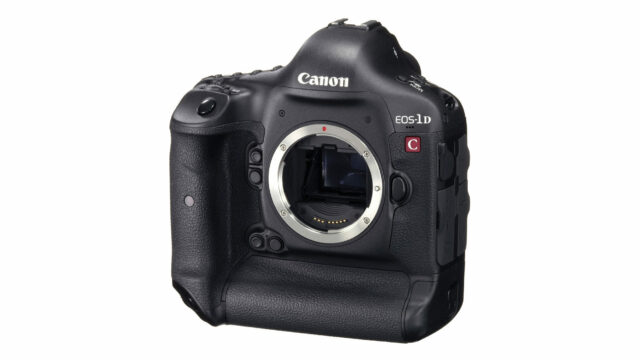 The camera was first introduced 3 years ago in April of 2012 and its high cost was always a mystery, considering that the camera’s hardware was almost identical to the 50% cheaper Canon 1DX DSLR (that lacks 4K video shooting capabilities).
Still, the Canon 1DC was in many ways unique on the digital video market offering 4K resolution, as well as producing some outstanding results for its relatively small body size and weight and was used on many professional productions.

During 2014 many camera manufacturers introduced 4K capable yet compact large sensor cameras, like the Sony A7S or Blackmagic Production Camera 4K, that were a lot more affordable than the Canon 1DC. However the 1DC price tag remained unchanged, until now.

Today, on February 1st 2015, 1DC owners lost $4,000 of value on their investment when the price was dropped overnight. There is no indication as to why the price was dropped so radically or why it remained unchanged over such a long period of time in the first place. Fact is that many 1DC owners that intended to sell their cameras used are furious over such a radical price drop.
It is presumed that we will see the introduction of several new pro cameras by Canon in April of this year. There are numerous rumours out there as to what we will see, but it’s clear that there’s something quite interesting on the horizon as the product cycle of several C cameras has come to an end.

On the other hand, for those looking into purchasing a 1DC the camera just became a lot more interesting again. While $7,999 is still a hefty sum, the camera is certainly worth considering for those seeking superb lowlight capabilities and picture quality at 4K resolution.