Tokina has introduced the FíRIN 20mm f/2 FE MF for E-mount, manual video lens, clearly recognising a trend in both photographers and filmmakers using the Sony A7 series cameras. 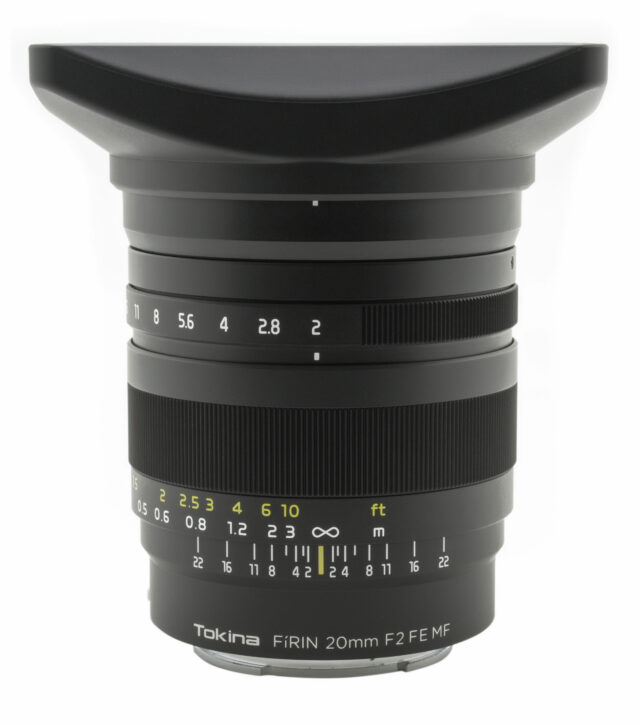 It’s great to see manufacturers responding to trends, and Tokina has responded in its own way with the new ‘FíRIN’ product line dedicated to the E-mount system such as the Sony a6300 and Sony A7SII. One would think that 20mm would introduce spherical distortion and chromatic aberration, but 3 super-low dispersion elements reduce these unwanted effects and increase contrast and resolution.

The Tokina FíRIN 20mm f/2 FE MF is not just aimed at photographers, as users can also choose a de-clicked aperture ring from f/2 to f/22 and a wide rotating focus barrel, both of which are pleasing additions for video shooters. Usually wide angle lenses are restricted to a slower aperture, but as technology advances, faster apertures are now being included. We’ve seen this in other lenses such as the Sigma ART 20mm f/1.4 DG HSM, which, however, does not have a de-clicked aperture.

For APS-C cameras, 20mm full-frame focal length gives you roughly 30mm, and a minimum focus distance of 28cm could make it an ideal and flexible lens for portraits and wider scenes.

Although the lens has electronic contacts for recording focal length, aperture and optical data, the lens is fully manual for precise control and adjustment whether you’re shooting stills or video.

To combat flares, Tokina designed a square lens hood, but the way in which the lens incorporates filter use after attaching the hood remains to be seen. We will see at Photokina 2016.

The Tokina FíRIN 20mm f/2 FE MF is expected to be available in the first quarter of 2017, with pre-orders now available from B&H. We’ll be sure to get ‘Hands On’ with this lens at Photokina next week!