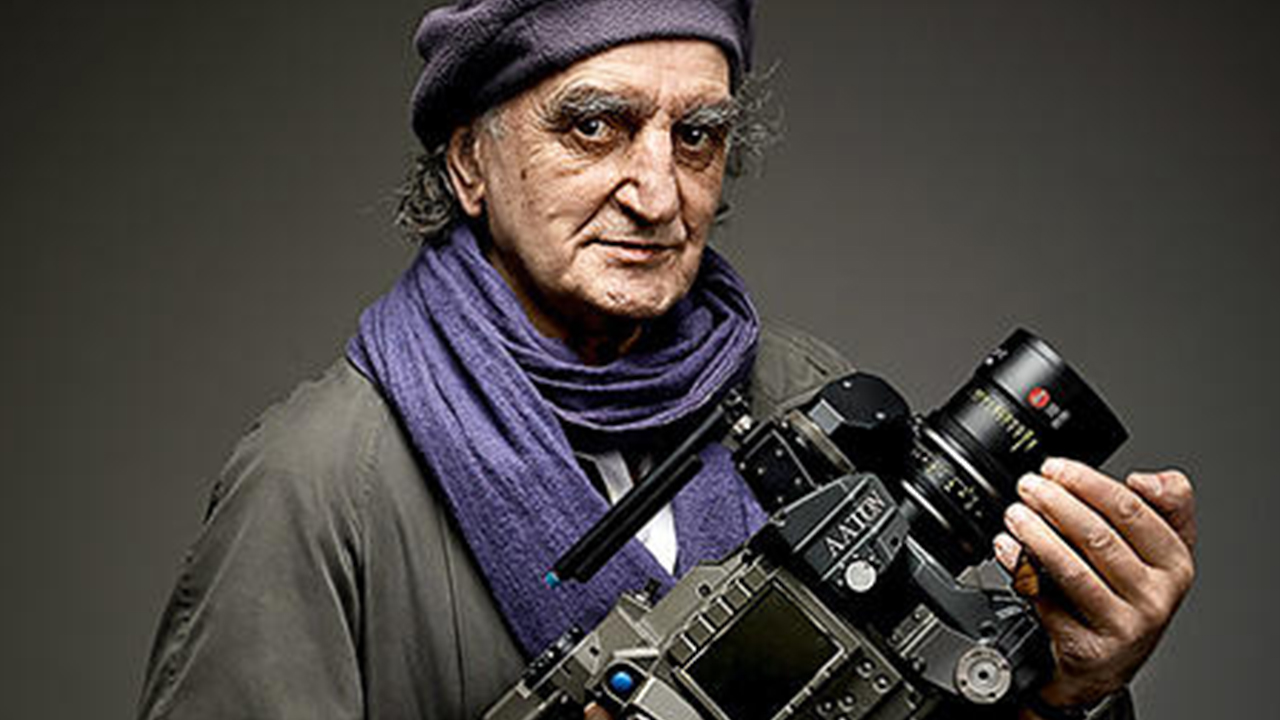 The French engineer, inventor, architect, and founder of Aaton, Jean-Pierre Beauviala died 8 April 2019 at age 81. In memory of the revolutionary Aaton cameras or Cantar audio recorders, here is our tribute to a one-of-his-kind motion picture genius. 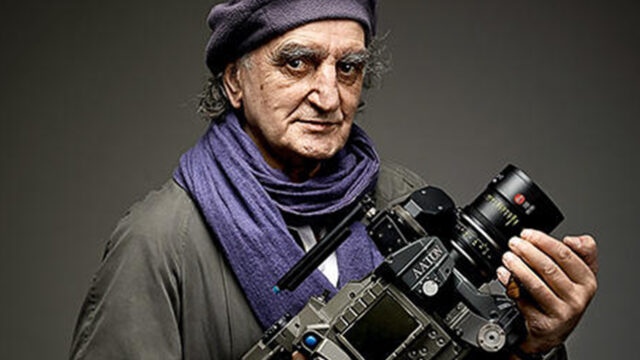 Born and raised in Alès (south of France) in 1937, Jean-Pierre Beauviala’s mother wanted him to be an architect. Instead, he decided to study electronics in Grenoble, France, a city that he’ll never leave. Around 1970, he bought an Arriflex camera and created in his attic the quartz motor, that enabled him to synchronize picture and sound. He showed his invention to the French company Éclair which immediately patented the quartz motor and hired him as the R&D lead engineer. Jean-Pierre would work there for about a year and leave in 1971 to create Aaton.

At first, he didn’t have a lot of money, but he had a lot of ideas and friends. One of the main goals of Aaton was to create cameras based on the actual needs of filmmakers and documentarists, like Jean Rouch, Donn Alan Pennebaker, Louis Malle, Jean-Luc Godard…etc. Two years later, in 1973, the first 16mm camera with Timecode by Aaton called the LTR or “cat-on-the-shoulder” was released. 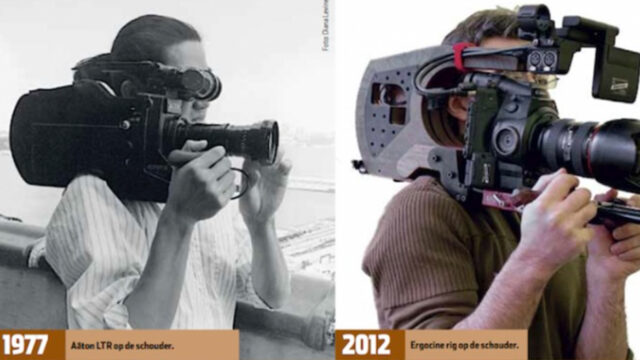 The Aaton LTR and the Ergocine rig. Image credit: A Cinematographer’s Journal

The Aaton LTR was a real revolution. At that time, other cameras like the Caméflex were very loud, clumsy, and not very “operator-friendly” for documentarists. Jean-Pierre Beauviala’s idea was to put all of the film mags and motors on the back of the camera and put the viewfinder on the side. The camera was silent and sat like a cat on your shoulder.

The other feature that made the LTR a genuinely different camera – other than the fact that it could sync the image with the sound – was the fact that you were able to put a small camera inside (a video tap to be precise.) Indeed, you didn’t need to wait for days or months to review your footage anymore. The legend of Aaton was born.

Jean-Pierre Beauviala and Aaton released many other cameras like the XTR, the A-Minima, the Aaton 8/35, and the first digital camera by Aaton in 2012, the Pénélope Delta. The Pénélope Delta was an 8K RAW capable camera, with a unique sensor shifting technology to recreate that “film look.” I remember seeing a working prototype in person, and it was a beautiful looking piece of technology. Unfortunately, the Pénélope Delta would eventually never see the light of day due to manufacturing issues. 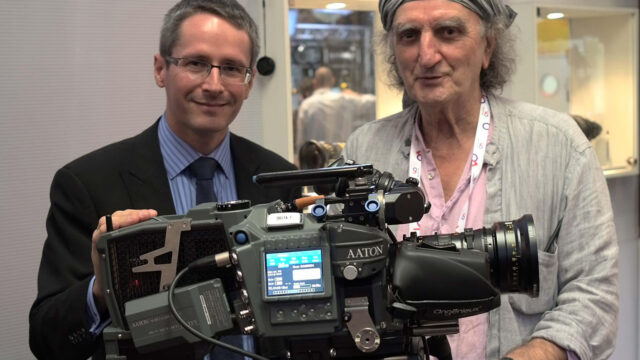 Following Stefan Kudelski, the inventor of the Nagra recorders, Jean-Pierre Beauviala created the Cantar X1 in 2002, the first digital audio recorder which the best audio engineers in the world would use. Several versions of the Cantar were be released, the X2 and now the X3 along with the CantarMini. These audio recorders are considered the best you can buy if you have pockets deep enough.

In the last months of his life, he worked on a new ultra-light camera, the Libellule. Unfortunately, Jean-Pierre Beauviala passed away on April 8th of 2019 in his apartment in Paris.