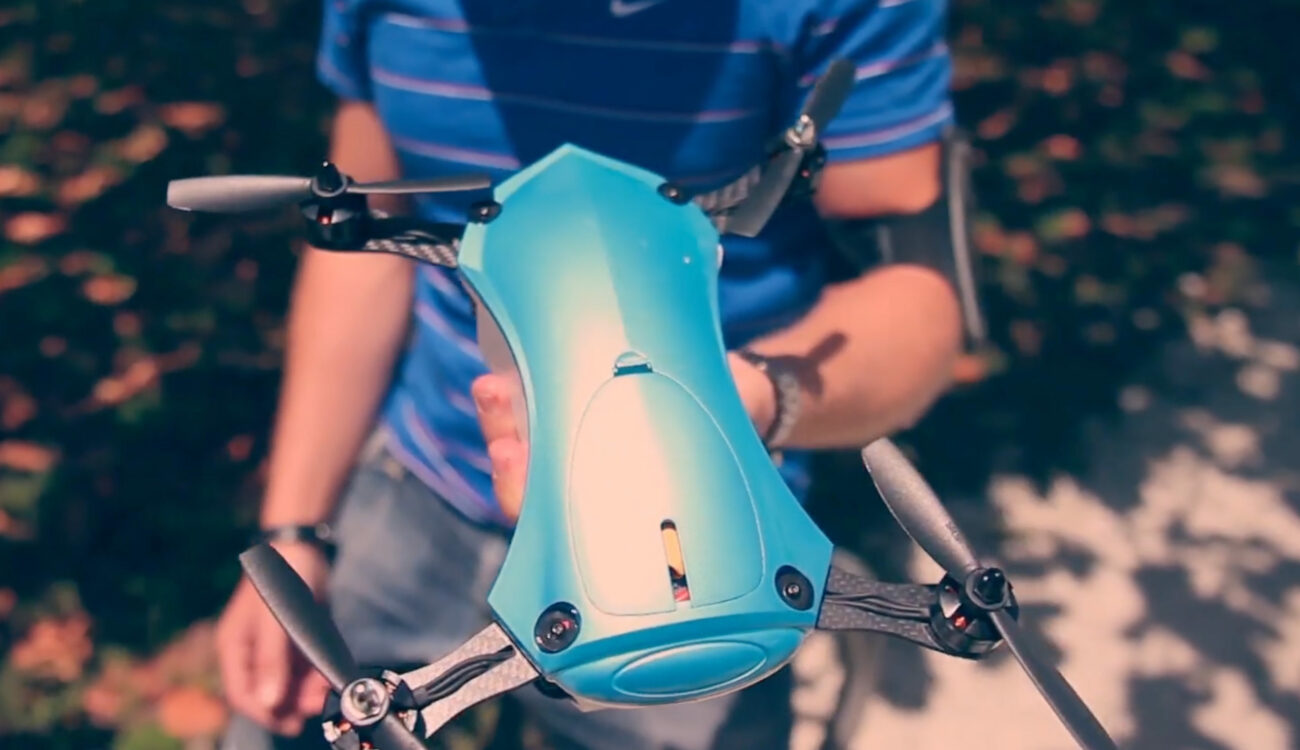 Small camera drones on Kickstarter and Indiegogo – how many of those have we seen already? Remember the Lily Camera drone that we reported about? It doesn’t seem to be shipping yet, and there seem to be some problems with it with another “fake” campaign claiming to sell their drone too, and according to this report they are under review by the “Indiegogo Trust and Safety Team”. Not very reassuring, to say the least.

Now, the drone market is huge – if you look at this article, it becomes apparent why so many companies try their luck. And I am not only talking about camera drones. It’s growing fast, and so is the need for regulation. This article here gives a good overview of industry trends in the drone field (PDF link). 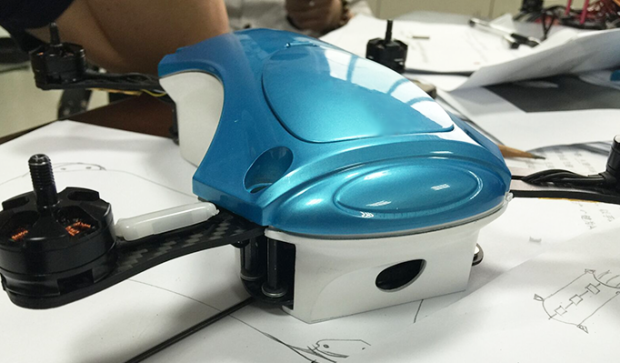 But let’s look at the drone crowd funding campaign du jour – the UP&Go Arial Camera on Indiegogo. It’s already overfunded by now with over three weeks left, which is another good indication about how much hype still surrounds the drone business.

What’s so special about it? It’s quite cheap with a starting price of $299, and it’s really supposed to be for amateurs who want to film their outdoor adventures by having a drone follow them automatically.

It records only 1080p at (up to?) 60fps and 720p at 120fps, and takes 12MP stills. The demo footage looks okay but I expect this to essentially look like an older generation GoPro.

Speaking of which, they officially call this an “Aerial GoPro” and even copy the style of GoPro’s logotype, which is daring to say the least, because I am sure that there is no real association with GoPro. 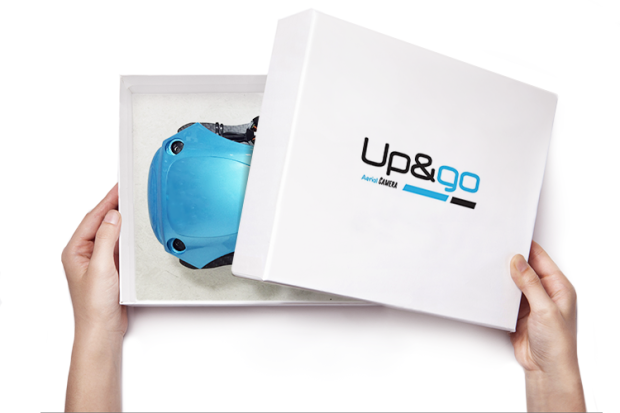 So, if you are thinking about pre-ordering the UP&GO camera drone on Indiegogo, be careful – you might get a very cheap drone for more “fun stuff”, but there is always the danger that a crowd funding campaign like this won’t materialise.

Also, as far as I can tell from the campaign page, the drone is not aware of its environments with sensors (unlike, for instance, the DJI Phantom 4), which means that it will crash into trees when it follows you if you’re not careful. Let’s hope that’s something they will add before they ship the product.