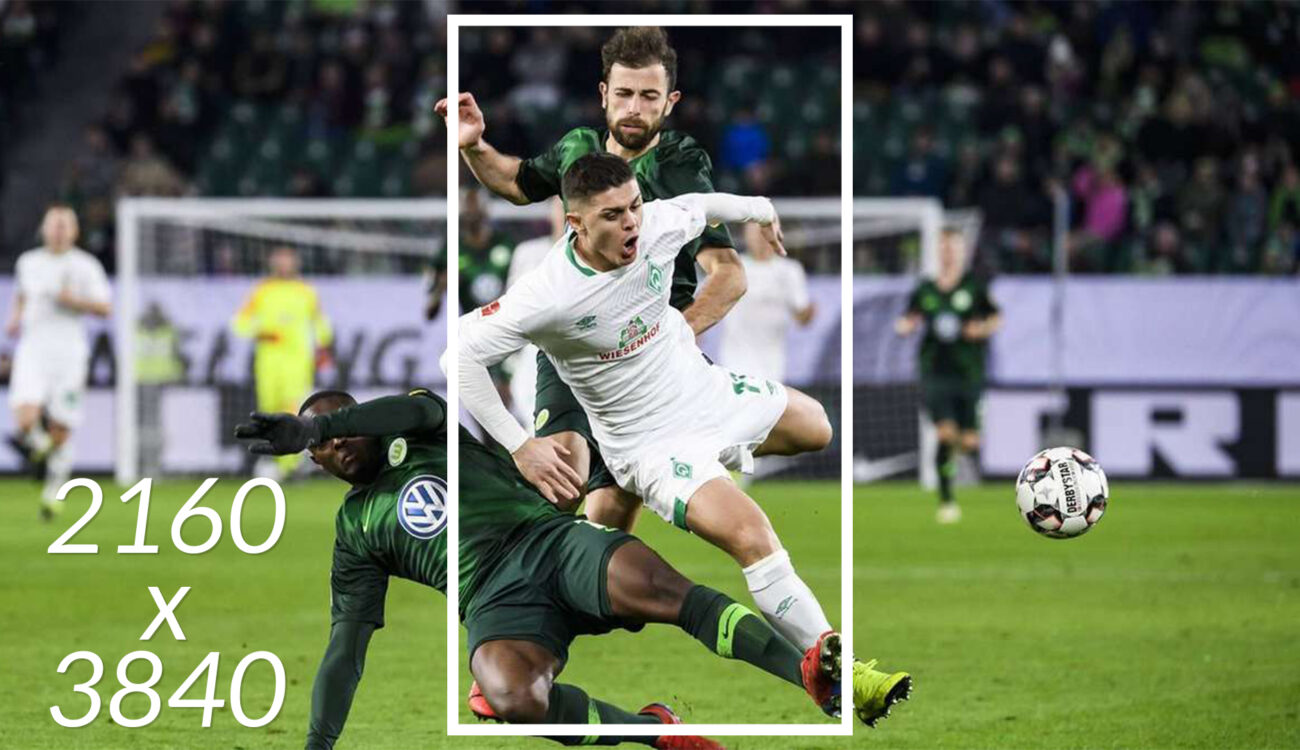 The German Football League (DFL) has undertaken an audacious experiment. Yesterday, they began broadcasting vertical video in a 9×16 aspect ratio. Yep, you read that right. They’ve gone vertical. And we could all learn a thing or two from them.

A Brief History of Vertical Video

There has long been a resistance in the film and video world to the idea of vertical images, or even square ones. Arguments range from “horizontal is more natural because we have a “peripheral vision” to “because of eyelines” to “we’ve been trained for a century to like horizontal images, too late to go back now.” But the fact is that more and more people are watching video content on their phones, scrolling through one feed or another. These are, by default, a vertical format. Sure you can rotate them, but every tiny inconvenience is one more chance for the viewer to say “eh, I’ll catch it some other time,” and then never come back. So the DFL (German Football League) is trying something obvious and yet innovative: they’re rotating their cameras.

How It’s Being Implemented

A standard DFL game is broadcast with 19 cameras in total, including “Flycams, Polecams, 6-way high-speed SSL, beauty shot or players’ tunnel cameras.” Some of these are in HD, but an increasing share is broadcast in UHD. Tomorrow, for the first time, 5 new cameras exclusively dedicated to vertical video will join that lineup. According to Andreas Heyden of the DFL:

“Specifically, for the upcoming match between Wolfsburg and Bremen, the number of cameras will be increased from 19 to a total of 24. The additional cameras will be tilted using a special camera tripod, as will the monitors in the control room. We will continue to produce in UHD and use the full power of the lens to present the game from this new angle.”

This change requires more than just new tripods, though. Broadcasting vertical video requires an entirely separate image pipeline, with new graphics to match. They also have to re-route the flycams to provide horizontal and vertical outputs. But more than that, the operators of those cameras need to frame their shots in a way that will be usable in both formats. This is a major undertaking, to be sure. 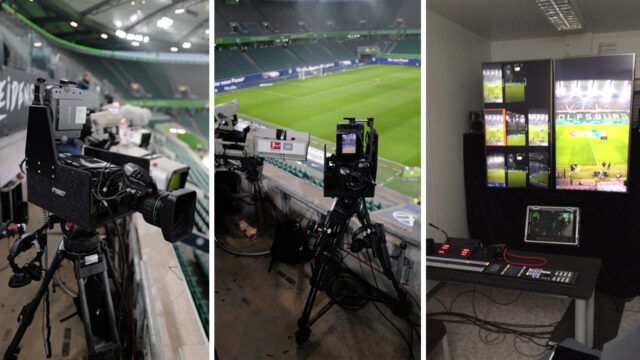 Sports are uniquely suited for the innovation and prototyping of new technologies and formats. They can use the same “set” week after week. In the DFL, there are 306 games per year, which means 306 chances to work out the bugs, not to mention daily practices. Major League Baseball has 162 games, and the NBA puts on a whopping 1230 games in a season. Plus, these are massive commercial operations with stable funding streams and an incentive to innovate. In many ways, sports leagues are the canaries in the coal mine for professional video production. Oh, and Americans? This has already come stateside as well: the NBA is testing a similar process as we speak.

So what’s the big lesson, the takeaway? I’d argue that you should be ruthless in meeting your audience where they are. Our capture technology has long outpaced our ability to stream and display high-resolution content affordably. Do you know of any phones with an 8K display? Me neither. This might seem like a problem, a failing, a flaw in the way we develop displays or a hubris in the development of capture technology. But maybe, just maybe, we filmmakers can instead see it as an opportunity. An opportunity to experiment and play with new formats. Horizontal isn’t dead, but it isn’t the only game in town anymore.