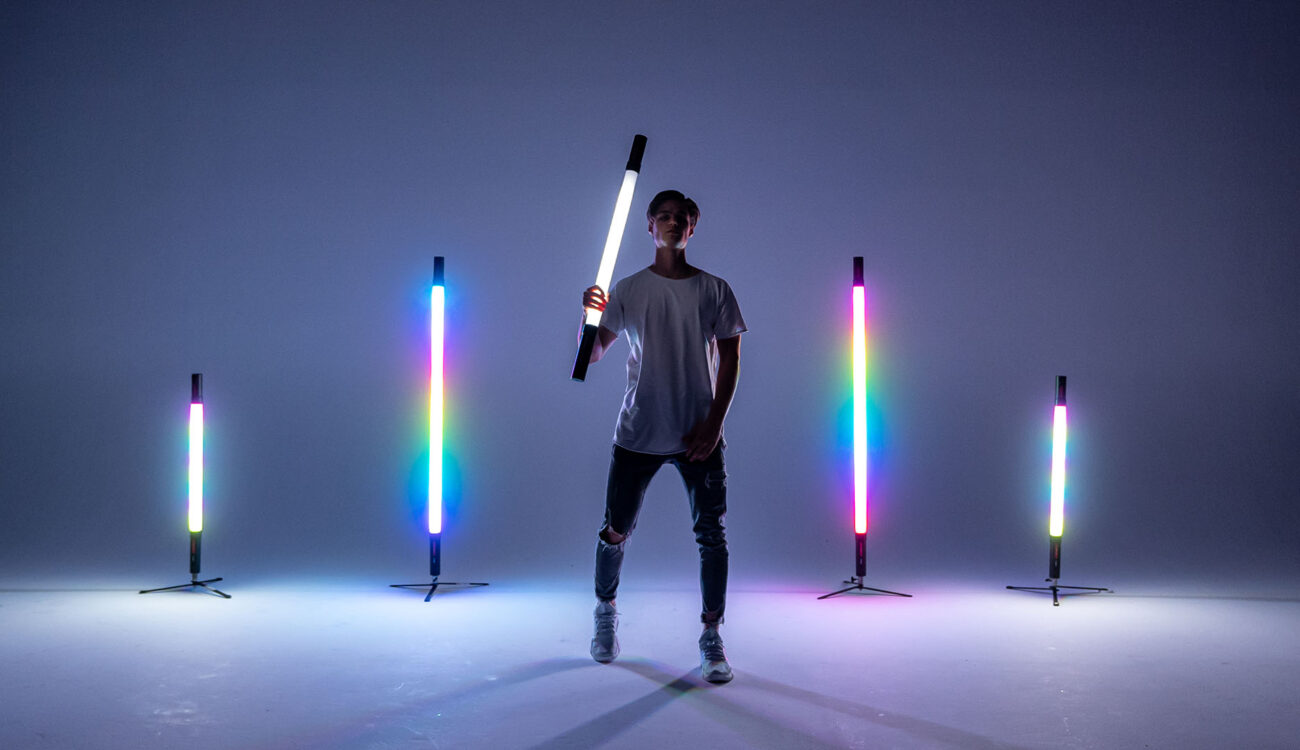 LED technology has made it possible to manufacture tube-like lights that are much more practical and safer than the old gas-discharge tubes.

LED tube lights can run on battery an are even capable of color changes. First, they were used for stage lighting but were quickly adopted by filmmakers. Some manufacturers have been offering dedicated light tubes for a while.

Vibesta is currently only offering its “Peragos Disk Light” but is now entering the tube-light-market with a range of five different models.

All models feature a 220° light aperture and are rated IP66 weatherproof, which makes them suitable for use in ugly conditions. Something that’s very useful considering all the lights can be powered by smart lithium-ion batteries. Because of that they will be used in ugly conditions.

The color temperature range can be extended by using the so called “Ultra-Wide Extended Kelvin Mode”, which allows for settings from 1500°K up to 30.000°K for that extra punchy color-contrast. I like it!

A “Gel Library” allows you to select from 300+ widely used filters (=color presets), which are then emulated by the light changing its color — no light-loss and no gels to carry around.

The lights can be controlled by the RTXControl app that also supports Art-Net and the widely adopted DMX protocol. You can organize lighting setups in projects and scenes and create complex timed light changes. Something that seems to become fashionable recently as I noticed on TV shows like “Ratchet” or “Ares”.

The two top-of-the-line lights “Peragos Tube 60C Pixel” and “Peragos Tube 120c Pixel” offer another neat feature: The LEDs inside are divided into segments called “Pixels” that can be controlled and animated separately. That allows for effects like colors running along the length of the tube. The 2ft 60C has 16 of those “Pixels”, while the 4ft 120C has 32.

The app allows lights to be grouped so that the animation starts on one tube and crosses over to the next. Vibesta claims their units are controlled by the so-called “Rayzr Light Engine”, which makes all the above features possible.

We are saying this at the end of every crowdfunding-related article: Please be aware of the risks when backing a project on a crowdfunding platform. Please read Indiegogo terms of use. Keep in mind that there can be significant delays when delivering the product. Some projects even don’t get delivered at all.

If you are interested, head over to IndieGoGo, where the “Peragos Tubes” will be offered as perks to supporters starting at €199 on a first come first serve basis.

Do you have experience with Wand- or Tubelights? If so how do you use them? Are you interested in the Peragos Tube series? Please let uns know in the comments!