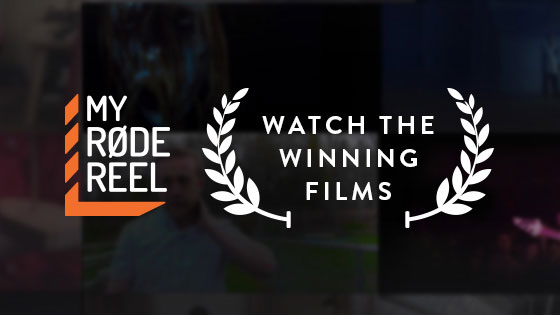 Audio gear manufacturer RØDE has grown a reputation to be very supportive of filmmakers particularly – both through their products (which are more geared towards shooters that record audio rather than dedicated audio recordists), and their annual short film competition “My RØDE Reel”.

Now already in its third year, the competition has seen 1200 entries from 85 countries, which makes it – according to RØDE – world’s largest short film competition. This comes at no surprise if you consider the $300,000 worth of prizes that are awarded in the 16 winning categories: RØDE continuously manages to attract a lot of other well-respected brands to donate prizes, among them Zeiss, Kessler, G-Technology, Small HD, Freefly, Adobe, Bright Tangerine and many, many others. This year, the films were judged by Shane Hurlbut, ASC, Rodney Charters ASC CSC, and Philip Bloom.

Here are the 5 major prize winners:

·      Young Filmmaker to William Royal (UK) for the film Serenity

·      BTS to Normandie Productions (USA) and their film DUE/AL

I watched the films as well and am amazed by the amount of creativity on display. Shane Hurlbut said about “Streetlights”, “Three minutes is a difficult amount of time to transport a person, to move, to emote. This film does it so well, I love the twist at the end.”

Watch the 5 major pirze winners below, one by one, or head over to RØDE’s website for more information and all the other winners as well. And keep an eye out for next year’s competition, as you can see from the amount of prizes, it’s definitely worth entering your work.

Serenity is a short film about the way a teenage girl sees the city and how she plays the flute to escape the noise and the hustle of her daily life. Her music is inspired by the movement of the city.

Fearful villagers gather at the beside of a woman nearing labour as they prepare for the presence of a sinister creature. Set in the Philippines, TIK-TIK is based off of a popular creature in Filipino folklore, known as the Aswang.

The goal of DUE/AL is to take you through three minutes of one man’s life. The camera is completely reactionary, capturing the action as if it were being documented in the moment.
The driving force behind DUE/AL was the audio mix. No matter how intense the visuals were, nothing would sell the intensity more than a soundtrack that pushes the anxiety levels higher.
Every piece of DUE/AL was created to put the audience in the headspace of the injured German.

Joe and Armstrong are engaged in battle. They fight with ferocity but there is more to this fight than meets the eye. Find out who is pulling the strings!

This film follows the story of a man with a photographic memory who psychologically reflects on his own traumatic past.