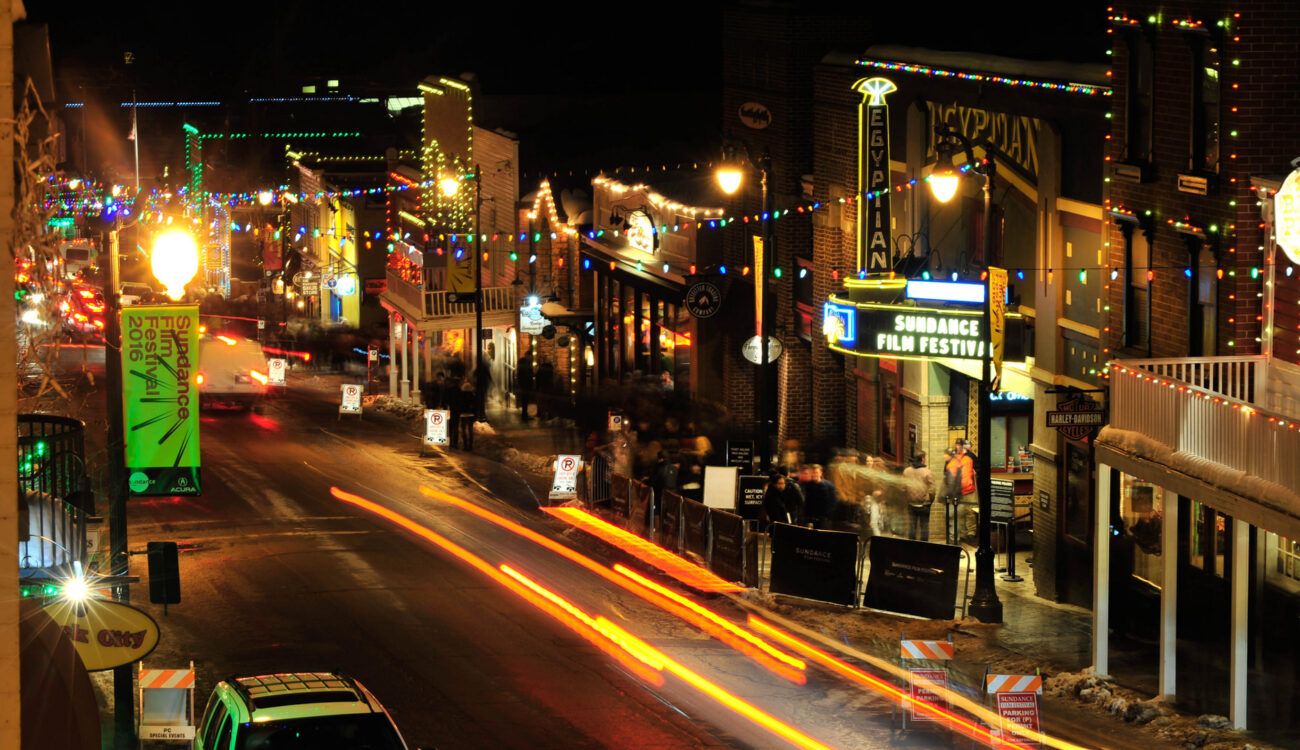 Sundance Film Festival 2017 is in full swing, and if you are a filmmaker who isn’t here, there’s probably a little part of you that wonders if you should be. 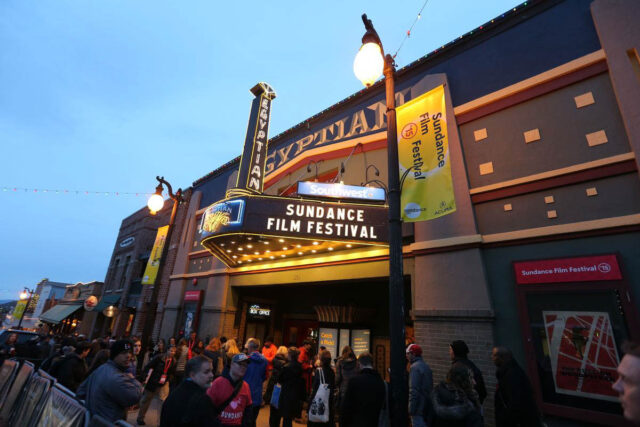 The air at Sundance is swirling with snow and constant chatter.  The excitement is palpable and contagious. There really isn’t anything quite like it. The streets of this beautiful mountain town are dotted with thousands of people hurrying through the cold to share in a universal passion: cinema. Long-form, short-form, documentary, narrative, animated – you name it, and the crowd here is excited about it.  Unlike many other arenas in which to meet cinephiles, there is one thing Sundance seems to be lacking: cynicism. Sure, there’s criticism, but everyone here lives for the movies, and if that isn’t enough of a reason, here’s five more to get you revved up for Sundance:

It’s a Catalyst to Creativity:

One of the main draws of film festivals in general is the sheer number of screenings available in a relatively small geographical area.  Sundance does overtake an entire town… or well, technically, three, but the shuttle system makes all of the venues easily accessible. Whether at The Egyptian, Eccles, or a dozen other festival venues scattered about Park City, Salt Lake City, and Provo, you’ll have access to the films of artists that have one unifying commonality: they made their stories and most took big risks to tell them.  You don’t just walk into your local movie house and see such films as Raw and Manifesto, the first of which is a French college cannibal film and the second is a vehicle for Cate Blanchett to masterfully portray 12 vibrant artists. What Sundance does consistently well is showcase films with original story and original method.

On top of seeing a boatload of unique and inspiring films, the Q&A’s provide a huge, illuminating boost. Almost all of these filmmakers are just like any of us. They are all dealing with the same challenges in their projects. Their work and their discussion of the process cannot help but give you a little kick in the seat. If you are at a creative standstill or feel like you’re shooting the same shots over and over again or making different versions of the same project, there is no better motivator than to have someone hold a mirror up to you and say, “I was having all of these struggles, but I kept going, and here I am!”

The indie feel is still alive and well at Sundance, despite a steady influx of A-listers moving into the projects. In fact, Sundance is the place where Charlie Kaufman sidles up to you at the coffee table in Filmmaker’s Lodge and casually chats about granola bars. From the guppies to the whales, everyone is here to be enriched by other creative professionals.

In nearly every line for a screening, great conversations about film with fellow filmmakers are inevitable. Topics range from the differences between German expressionism and Italian cinema, to whether stop-motion should have its own award category.  According to Sundance, about 20% of the festival goers are industry professionals, and you’ll be hard pressed to leave a single event without acquiring a new business card. Even simply riding the shuttle, you’re bound to make a connection. The favorite conversation starter?  “What’s the best film you’ve seen so far?!” If only all public transportation could be as invigorating.

Networking is key, and considering most of us tend to work with the same people we trust, places like Sundance are a great place to diversify your rolodex. Bonus: many you meet will have their work in the festival.  The composer you just met on the shuttle composed one of the anthologies in XX, so go see it!

Break Out of Your Comfort Zone:

Sundance is not about assembly-line box-office fodder. You’ll see scenes captured on film at Sundance that will change how you think of filmmaking as a craft.  You’ll be exposed to perspectives that are really different than yours. You may see films that make you uncomfortable. You may see films that you hate. When you aren’t being inspired, you’re being challenged, and that educates you about your own perspective. Most likely, you’ll hear your own voice even louder and discover where you need to grow.

Cover your scene in a different way or look at a character with new eyes – Sundance rattles your cage as an artist, and that’s invaluable. 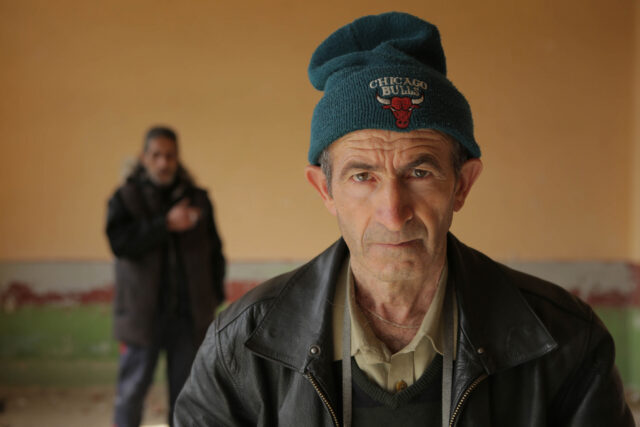 Still from “The Good Postman”, directed by Tonislav Hristov.

Learn From the Mistakes and Triumphs of Others:

The only thing better than learning from your own mistakes is having others make the mistakes for you. The Q&A’s that occur after most of the public Sundance screenings are a direct way to learn how others approached their films. If you hated the way a scene was lit or shot or cut, by asking innocent and curious questions, you can know exactly what to steer clear from in your own work.

Maybe someone shot an entire project on a camera you’ve never used but always wanted to try, but then you find watching an entire feature with said camera to be unsatisfying. From finding funding to the pitfalls of shooting in the field, chances are many of the filmmakers at the festival have encountered a given problem before. To delve even deeper, there are workshops and panels galore, revolving around every aspect of filmmaking. Most of the films in the festival were shot in around 18 days, and their BTS stories will be all too familiar. However, there will also be industry giants that can steer you around icebergs they’ve hit in the past. Direct insight to people with way more experience (and yachts) than you? Again:  invaluable.

Let’s be totally truthful: if you’re a filmmaker coming to Sundance, you want to one day get your film into Sundance. This is the best way to find out what you need to be doing to get here as a contributing artist (hello, festival vacay R&D tax writeoff!). Films that show here get distribution. Filmmakers that show here get a launchpad for their careers. If you want a piece of that pie, you have to know where the diner is.

Being surrounded by people that care about what you care about in a snooty free winter wonderland is a vacation that will stay with you through the year. There are parties and panels and snow and beer. It truly is an atmosphere like no other. As festival founder Robert Redford has said in many a press conference “It’s about the work here”. Walking down Main Street, that rings true. It’s all about the movies.

There’s less than a week left of the festival this year, but if you can’t make it out, now might be the perfect time to get your film ready to submit for next year. If you want to be ahead of the game, credentials and tickets typically go on sale in the late fall.

Have you made the trip to Sundance before? Share your tips for making the most of the experience in our comments section below!