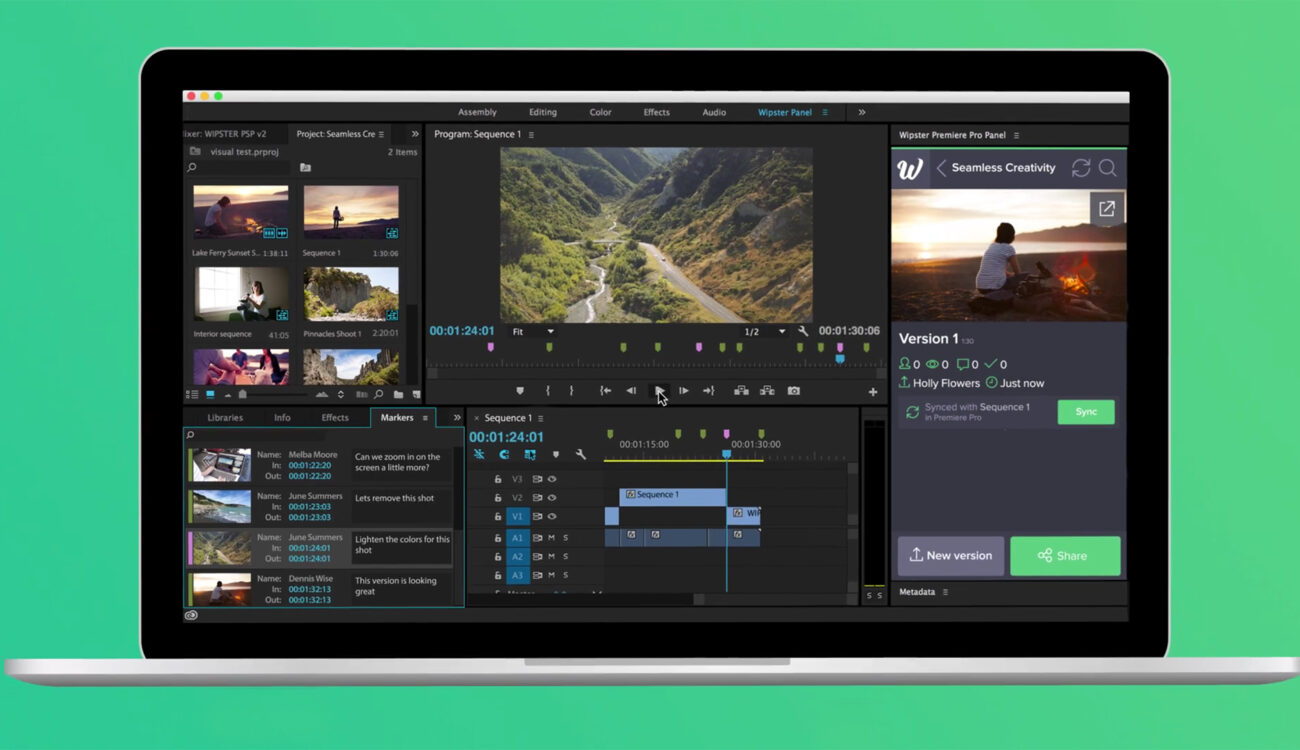 wipster.io is an online video collaboration tool aimed at teams working on the same piece while removing the necessity for then to be sitting in the same room. Everything is cloud based, and now it’s even easier. wipster.io has now announced full integration with Premiere Pro. 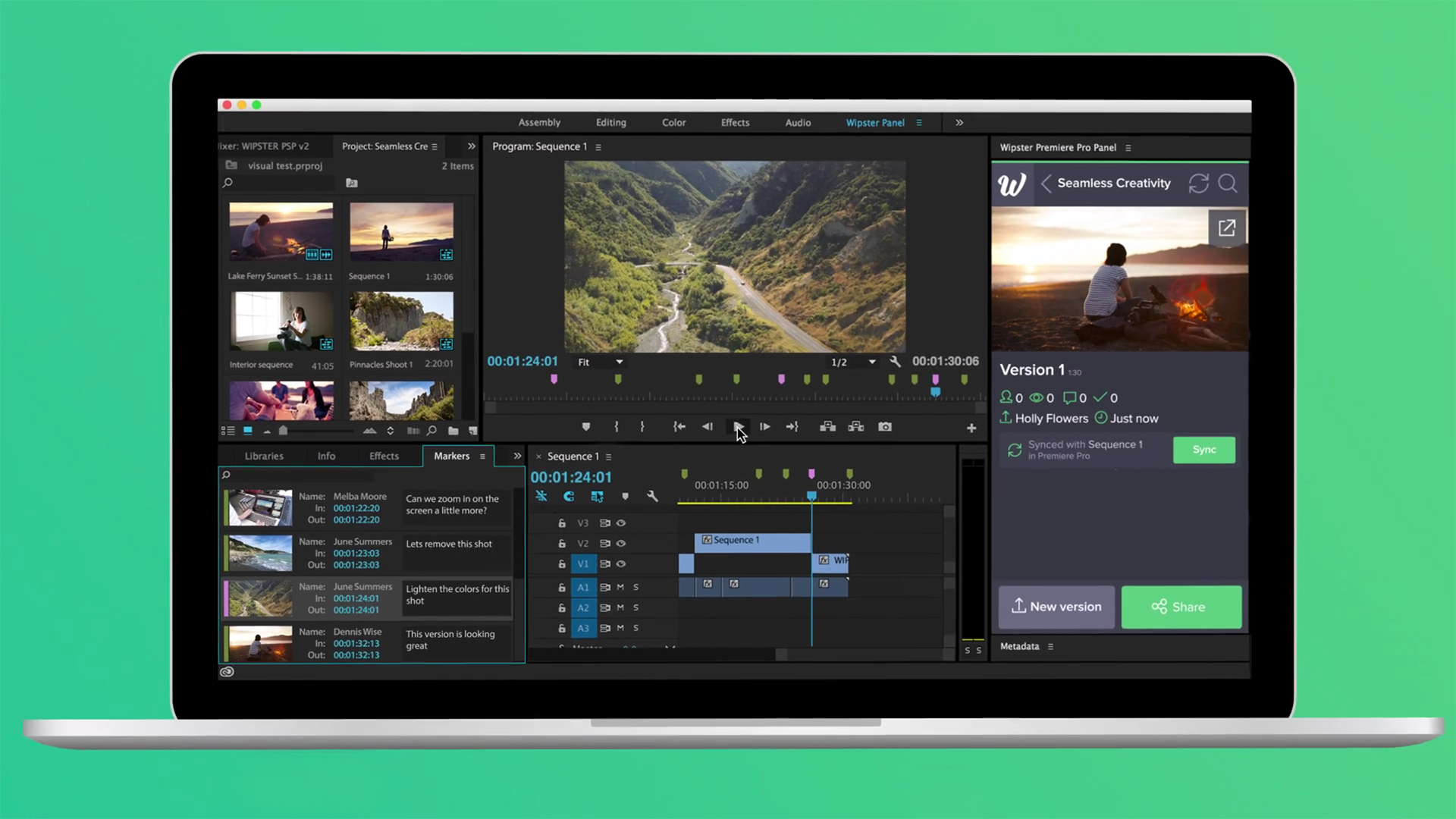 Not too long ago, frame.io announced a similar kind of feature which integrated their online collaboration app deeply with the Premiere Pro panel structure. Now it’s wipster.io’s turn to bring their collaboration service to the next level. With the newly developed panel, you can share your edit straight from the timeline with your colleagues and clients. Everybody stays in the loop easily and can comment on the edit on a frame-accurate basis.

The whole process is straight forward and takes the pain out of sharing an edit for approval. You just need to finish your edit for reviewing, choose the render quality, invite everybody who is required for approval and hit the ‘share’ button. When someone has a comment on a given scene, it will show up as a frame-accurate marker within your timeline. So you can work on your edit without having to leave Premiere Pro and read confusing emails stuffed with comments.

You can download the panel for Premiere Pro for free, but you will need a wipster.io account to make use of it. The pricing of wipster.io is not the cheapest but most certainly the easiest to understand: $15 per user per month. A user is anybody on your team, the editor, a co-worker, you name it. A snippet from their FAQ’s:

Each user has their own profile and, depending on the access you give them, they can upload videos and invite people to review them, access certain folders, and complete items in the to-do list.

Not everybody needs to be a paid ‘user’, though. For reviewing (and commenting on) a shared video, no account is required. A client will just get a link, and he/she can watch the edit and comment on it.

Well, you will have to find out which collaboration service best suits your needs. As a direct competitor to frame.io’s integration with Premiere Pro it’s nice to see that both companies offer a free plan (frame.io / 2GB / 1 Project / 5 Collaborators) or a trial period (wipster.io / 14 days free trial) for checking out their service.

You can download the wipster.io premiere pro panel here and the frame.io panel here.