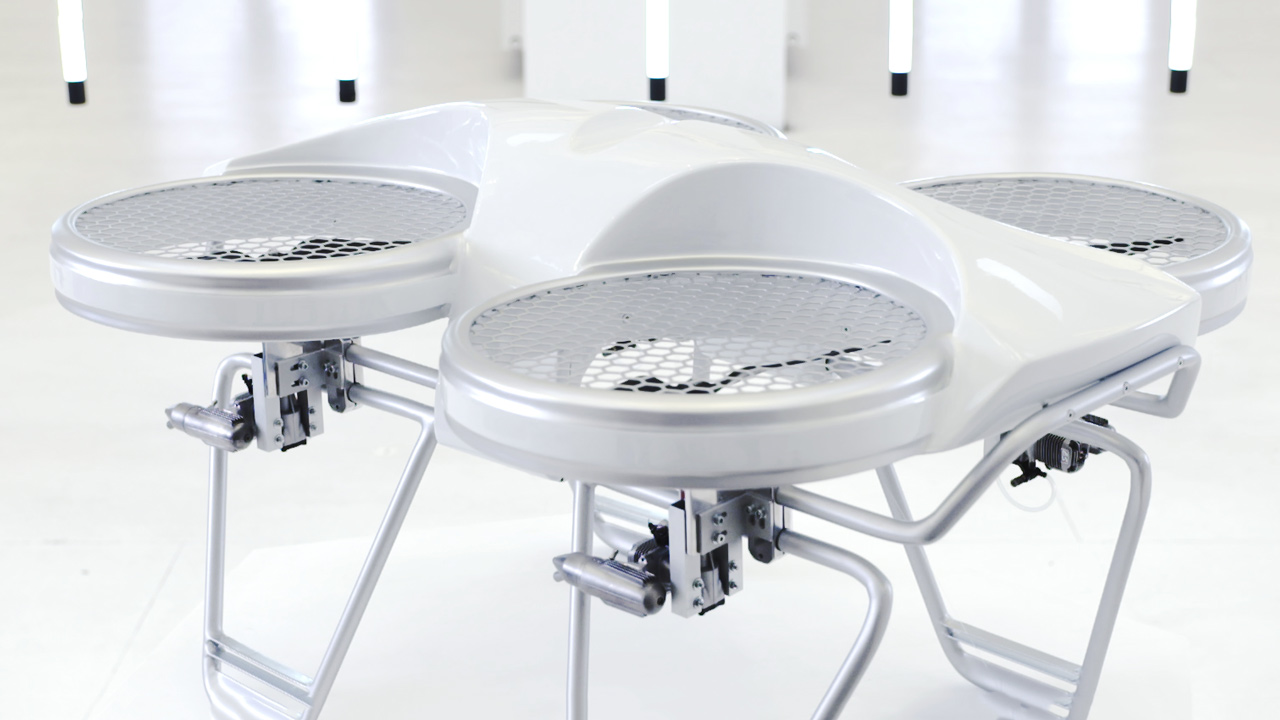 With the news of crazy new drone inventions coming from Kickstarter just this morning, here’s another one that we might want to take more seriously. Yeair! is the first fuel quad copter that runs with 4 miniature combustion engines and impresses us with some intriguing features. yeair! combines the reliabilty of electric engines with the power of a combustion engine The range extending Long Distance Wing and retractable landing gear looks like it makes this drone ready for serious business.

Unfortunately there are no specific details about how the combustion engines work. I’m sure we’ll find out more about this project soon. If you’re intrigued by the yeair! fuel quad copter head over to their Kickstarter Page.

After only an hour online they’ve covered more than 20% of their modest goal of 70,000€. So it looks like we’ll see this campaign come to life rather sooner than later.