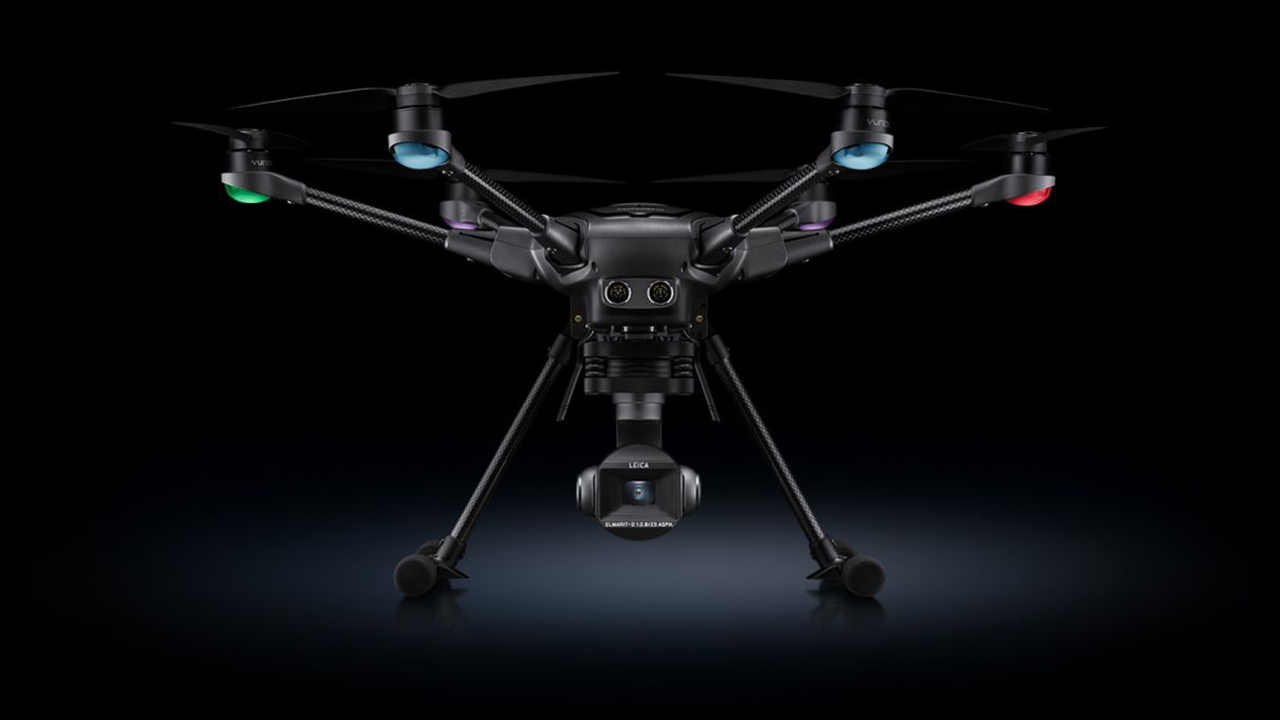 YUNEEC has just introduced a new drone, the Typhoon H3 co-engineered with Leica. This new engine features six rotors and boasts an impressive 20MP 4K Leica camera that can capture up to 10-bit YLog footage. Let’s take a closer look at this powerful drone for photographers and filmmakers. 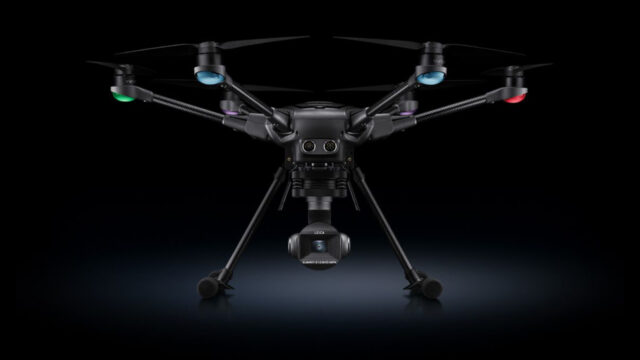 The Typhoon H3 (codename YUNTYH3EU) is YUNEEC’s latest flagship six rotors drone. This sturdy beast weight close to two kilograms with the built-in camera, and can fly for up to 25 minutes. Despite its heavyweight, the aircraft can fly at an incredible speed of 72km/h (44mph). Also, more rotors mean more risks of failure. But if a rotor is damaged or fails, the Typhoon H3 automatically activates a 5-rotor mode to return home safely. 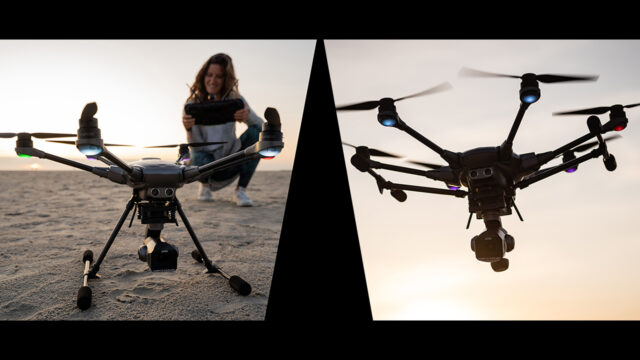 Like every modern drone nowadays, the Typhoon H3 is full of sensors to avoid obstacles and make your flight safer. Indeed, there are intelligent auto flight modes, similar to DJI’s ones, like Follow Me/Orbit/Journey/Curve Cable Cam.

Due to the camera’s position, which is pretty low, there are two landing gears to take off and land the Typhoon H3 on any terrains. These landing gear are retractable once the aircraft is in the air so the camera can freely turn 360 degrees around the engine.

To control the aircraft, the Typhoon H3 comes with a remote control that features a 7″ LCD screen, that can control the drone up to 2 km, and that runs on Android. So, the engine is excellent, but the power of this drone for filmmakers is in the camera, which is a first-time partnership between YUNEEC and Leica. 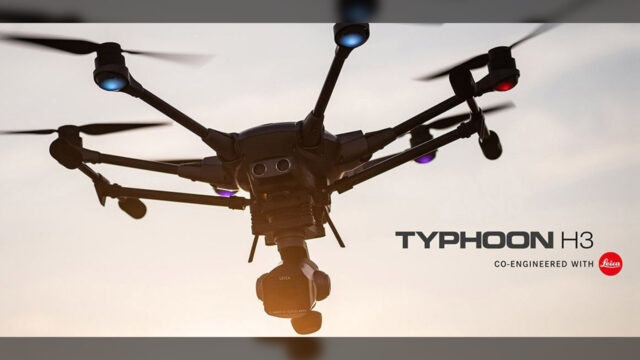 The Typhoon H3 comes with an ION L1 Pro camera engineered in partnership with Leica. This camera features a 1″ CMOS sensor that can take 20MP photos and record 4K videos at up to 60 frames per second. The six rotors aircraft should be quite stable, but the camera is mounted on a 3-axis gimbal for more stability. The lens of ION L1 Pro is a 23mm Leica Elmarit-D glass, with a maximum F/2.8 aperture. 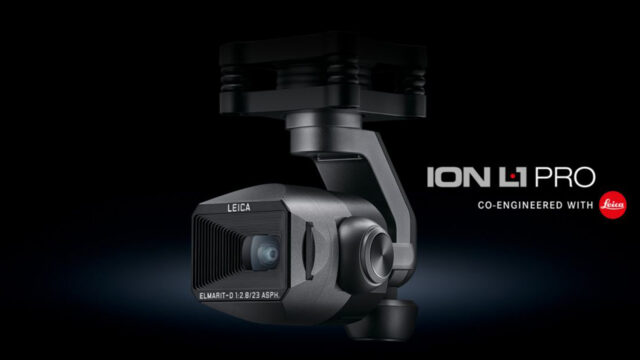 The camera can shoot stills in DNG Raw. On the video side, the camera stores your recordings on an SD card in H.264 and H.265 codecs at a bitrate up to 100Mbit. Various picture profiles are available, including normal, vivid, WDR, B&W, and 10-bit Log/YLog. The 10-bit Log picture profile is the one that provides you with the broadest dynamic range possible.

According to YUNEEC, Leica developed the built-in software with features that “works now like a photographer is used to. Semi-Auto modes, ISO increments or EV intervals were made to feel like a regular camera.” Of course, you can set all your settings to manual if you want full control over your image.

Finally, there is an exciting feature that is called “Cruise Control” that keeps the speed of the drone constant. That way, you can concentrate on your shot and framing without having to worry about the drone trajectory or inconstant speed.

The YUNEEC Typhoon H3 comes as a kit that contains the drone, the camera, the controller, and two batteries. It retails for $2599.00/2399€ and should start shipping by the end of October.

What do you think of the YUNEEC Typhoon H3? Do you think it could be an interesting contender to the DJI Mavic Pro 2? Let us know in the comments!