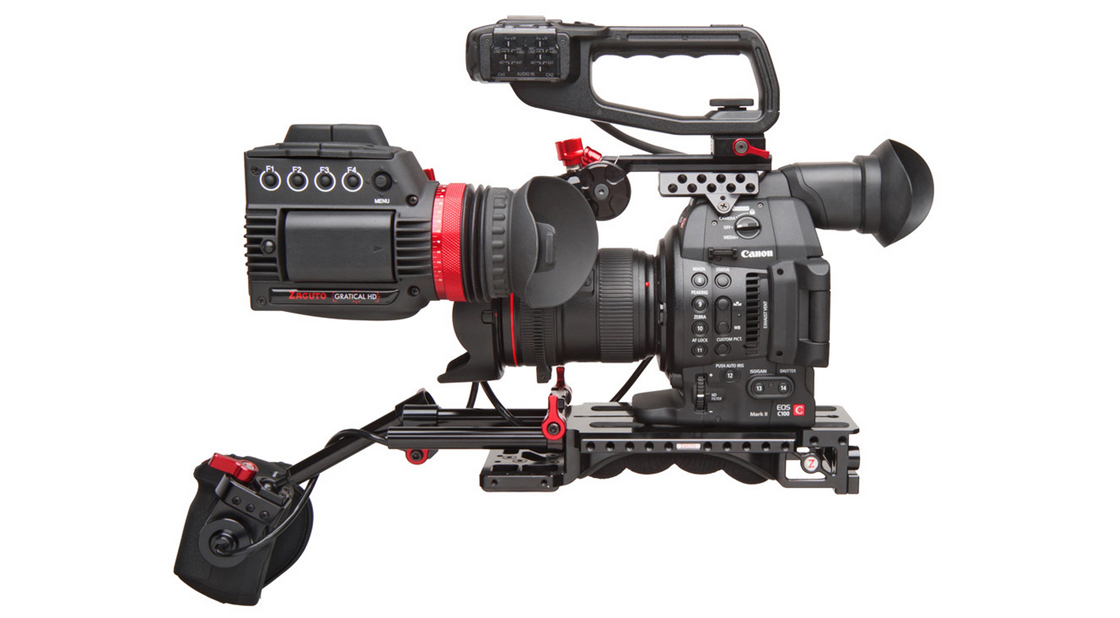 Many will be well acquainted with the existing Zacuto Recoil components. The Universal VCT Baseplate offering a wide level of adjustment, Axis Mini arm that holds tension yet still offering adjustment, Canon Grip Relocator that re-assigns the Canon side handle to position of your choice. However, I want to talk about the new addition; the Canon C100 Mark II Helmet. 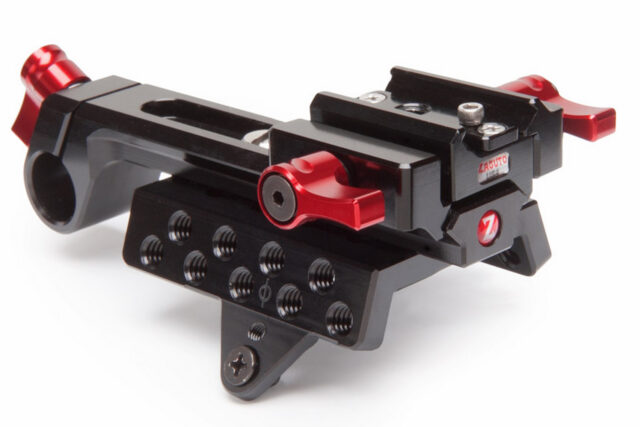 This builds on the C300/C500 Helmet Zacuto designed a couple of years ago, mounting to the existing hot shoe mount of the camera and grabbing additional stability from the thread of the film plane screw (whilst offering another thread port for the film plane screw thus preserving its function). 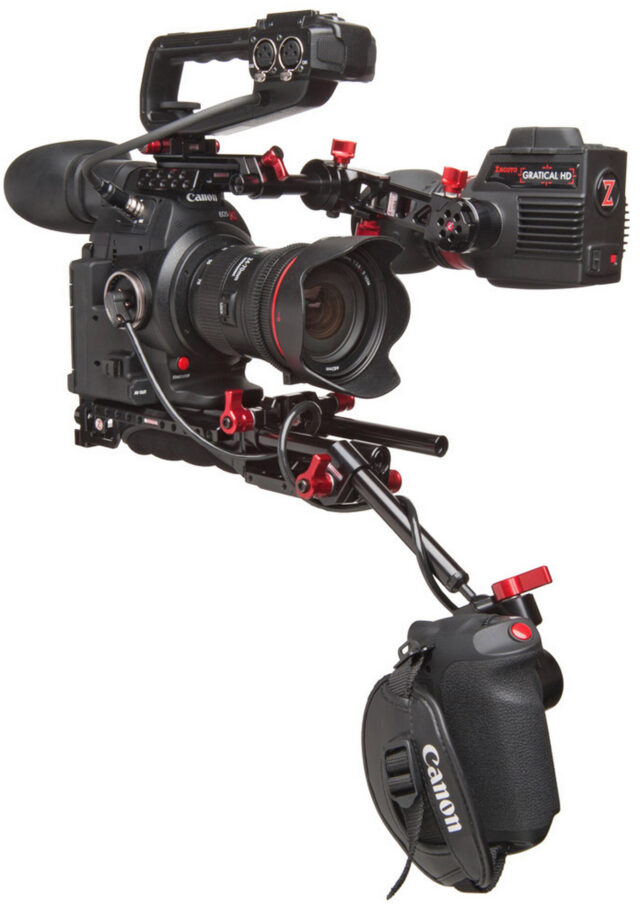 Mounted to that is a rail with 15mm rod mount on the end for attaching adjacent accessories (perfect for EVFs) and on top a double dovetail join that connects the Canon handle whilst offering plenty of fore and aft movement to refine balance of your handle and rig.

Canon C100 users will all tell you, the connection between the handle and camera body is pretty poor. Even at maximum tension there is a large amount of play in the joint.

Zacuto solve this issue by reversing the mate. The ratchet lever compresses into the cold shoe of the handle (rather than the pin screwing down) which full firms it all up.

With full adjustment of both the handle location and the camera on the VCT Baseplate you are able to achieve perfect over the shoulder balance with most lens configurations (large lens setups may require rear counter balance).

As a C100 user myself, I like the look of this. The Helmet as a stand-alone product is great for mounting EVF or recorders like a Ninja Blade to the side of the camera.

I have a similar solution from Wooden Camera that also works great. However it does not solve the frustrating loose handle to camera body issue.

Additionally you can purchase a Mount Bracket for the C100 Mark II that acts as a spine to the existing handle, offering 1/4″ and 3/8″ threads plus another 15mm connector. 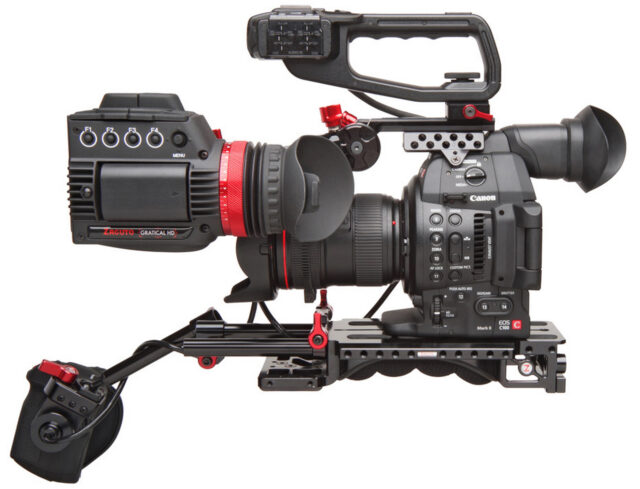 The Zacuto C100 Mark II Recoil comes in few configurations, you can buy all parts separately, or as the EVF Recoil (Baseplate, Grip and Helmet) or Gratical HD Recoil (same but with Gratical HD and Axis Mini).

Speaking of the Gratical, the HD EVF has just received a firmware update.

Here’s what you can find in firmware 2.0:

The Gratical HD really is a fantastic bit of kit; if you get a chance at any up coming shows it’s really worth checking out to see for yourself.

Further more was Zacutos announcement earlier in the month at Cinegear to offer a “Gratical-X” package, this is basically a selectable package with a price based purely one the features you want it to include.

The results mean you can the introductory price of the Gractical HD drops dramatically from $3100 to around $1600. Software packages ranging from $300 to $700 then spec up your EVF according to your required features.