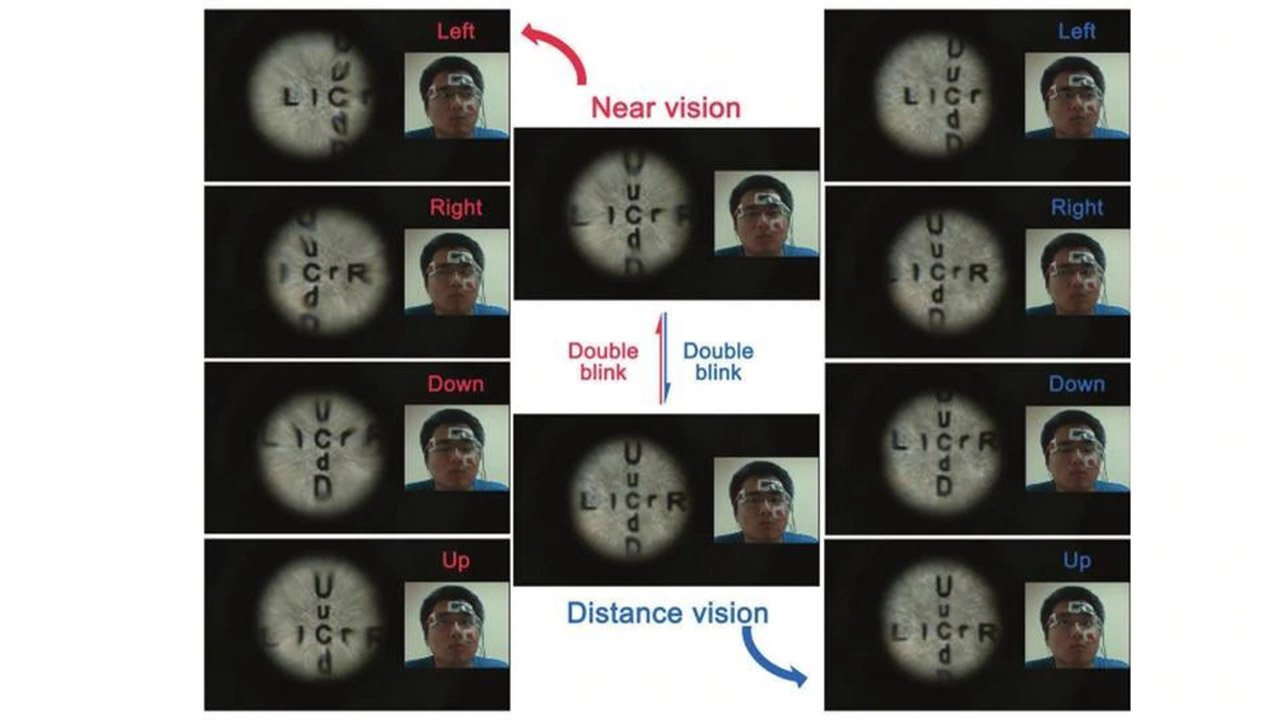 It’s not only cameras that are coming to contact lenses. UCSD scientists have developed a zoom contact lens that changes focal length by blinking.

Soon enough, it seems the best camera may not be the one that’s with you. It may be the one that’s in you, or at least on you. Sony imagines a world where our devices see exactly what we do. Samsung is working on in eye displays, and other health applications and monitoring sensors are being worked into contact lenses. The latest is a wearable zoom lens. 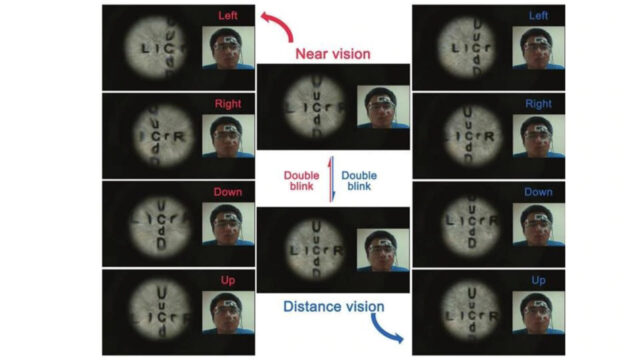 The latest innovation in eye gadgetry comes from scientists at the University of Southern California San Diego. They have developed a biomimetic soft zoom contact lens that changes focal length when triggered by tiny electrical signals caused when we blink. By blinking twice, the new lens made from electro-active polymer films can instantly change shape.

They are working on making the new lenses sensitive enough to detect and react to very slight signals created on the surface of the eye.

“Because of the use of soft materials, the relative change of focal length of the lens could be as large as 32 percent through deformation. Due to the fast response of [dielectric elastomer films], the movements of the eyes and the soft lens could be easily synchronized.”

Right now the technology is too large to wear in the eye and requires the user to wear electrodes on their face but with further refinement the system has a lot of potential “in visual prostheses, adjustable glasses, and remotely operated robotics in the future.”

It’s been an interesting few years for the camera. Many of us have ditched a bulky DSLR for a compact full frame mirrorless. Some of us have even started to take our smartphones more seriously than we used to. Cinema cameras, for the most part, have become more compact and lightweight. While most cameras have one sensor and one lens, others have many sensors and many lenses. We have 360 degree VR cameras, and 180 degree stereoscopic cameras, in different configurations and sizes. Computational imaging has made huge progress as image processing has become faster and more efficient. The form, as well as the function of the camera,  is in a state of evolution and flux more than ever before.

In this context, it is perhaps fitting that Sony wants to put a camera right in, or more accurately, on your eye. 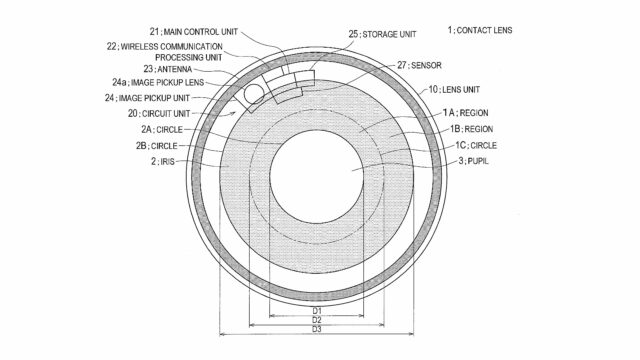 Sony’s proposed technology is a contact lens that comprises a camera, on board memory, a camera controller, wireless data transmission and wireless power. The patent also includes provision for a display.

The proposed camera will be triggered by monitoring blinking. The control will distinguish natural blinking from deliberate blinking by measuring the duration of the blink. A deliberate blink has a longer duration than an involuntary blink.

The Wearable Camera and In Eye Display

Not much information is known beyond what is defined in the patent application. However, it’s certainly easy to imagine how such a device would fit into a wearable, AR, VR future. Sony is not the only manufacturer pursuing wearable smart contact lenses. In 2016 Samsung was also granted patents in South Korea for contact lenses with a display that projects images directly into wearer’s eyes. A built-in camera and sensors are also controlled by blinking.

The reality of marketable products built around these technologies is probably still a fair way off. However, there’s no denying the vast array of possible uses from entertainment to policing, industrial, military and security applications.

What do you think of this technology? Let us know in the comments.