The cinema5D team is extremely honoured to receive the YouTube Creator Award for passing the 100,000 subscriber milestone. Thank you all for the support over the years!

It’s been a wild ride – cinema5D has existed for exactly 11 years now, and oh boy, how the times have changed and how filmmaking technology has advanced within little more over a decade! We have always been at the forefront of this revolution since the early DSLR days (hence the “5D” from the original game-changing Canon 5D Mark II which democratised large-sensor filmmaking).

We started as a forum for DSLR filmmakers with a news section about the related technology news, and then we started reviewing new cameras and accessories for those cameras to make them feasible for pro video creation. Later we ditched the forum and focused on unbiased reviews and news, and put a big emphasis on creating as many video reviews as possible, and covering all the major film tech shows in the world with our video content – long before anyone else thought about doing that. What followed was a surge in visitors and a very large loyal audience that visits us often on a daily basis. cinema5D quickly became one of the most trusted sources for such content on the internet, averaging much more 1 million page hits per month. 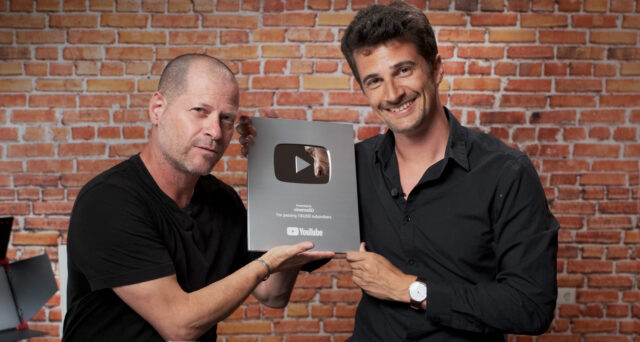 For a long time, we focused on putting our reviews on Vimeo – a site that started as the “better alternative” to YouTube, which in its early days was mainly known for cat videos and home videos. Vimeo, on the other hand, put great quality first and proved to be the better alternative for filmmakers for a long time. Unfortunately we found that they totally lost their ground to YouTube in recent years – focusing only on paid memberships and neglecting the filmmaking crowd that made it successful, Vimeo completely lost relevance for us and many people around the world. On the other hand, YouTube rose to unprecedented heights – it became the place for everything including high-quality video tutorials, reviews, news, and so on.

Over two years ago, we decided to stop uploading to Vimeo and completely focus on YouTube. We should have made this move much earlier, because the success that followed proved us right. YouTube offers a way for Creators to make some money with their creations, but their real key to success is their amazing recommendation system which happens to automatically get a lot of eyeballs on your video if it’s actually any good … something which Vimeo never managed to do. In fact, many of our most successful videos get most of their views on YouTube itself through their Explore page, rather than through cinema5D.com.

We are only getting started on YouTube and there are great things around the corner – make sure you are subscribed to our channel to receive unbiased reviews and news about the latest and greatest in filmmaking technology.