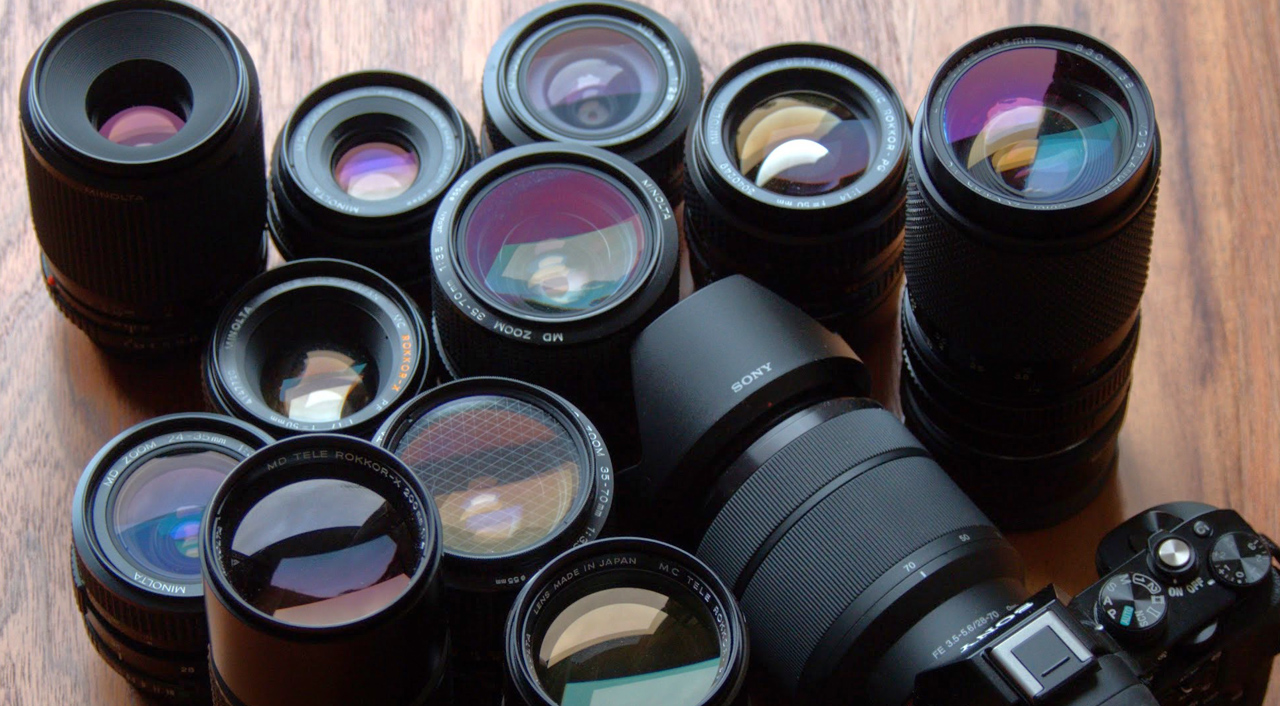 Kicking off the New Year, we look at 5 nifty-50mm prime lenses for 5 different types of shooters. Which one are you? 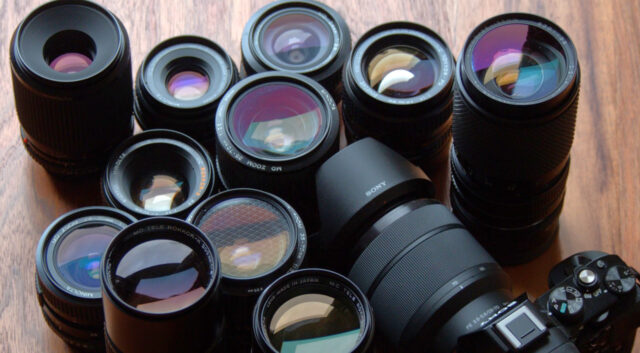 The 50mm prime is a great focal length for both the super35mm and full-frame 35mm formats. Fortunately for Sony Alpha users, with the ability to select crop mode in camera, you get the option of both.

Although this article takes into consideration the small form factor and usually budget-conscious aspects of a typical Sony Alpha shooter, this list could apply to anyone with an E mount camera, such as the FS5 and FS7.

I’ve categorized each lens choice into a stereotype (I’m fun like that). Do any of these resonate with you? 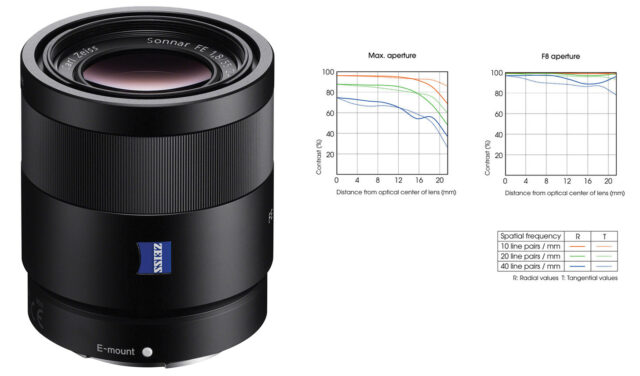 It’s not the smallest lens in this list, but as far as lenses go it’s fairly compact, suiting your A7S or A7R quite nicely in both size and aesthetic. 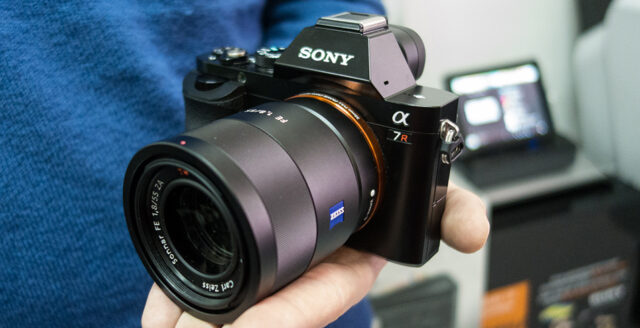 The stream-crosser is both a video and photo shooter, and a choice that benefits from good auto focus. Some Alpha shooters may want auto focus for video-only use also.

We can see that this lens was mainly intended for stills in its incorporation of a fly-by-wire system, where the focus wheel has a dynamic action. The faster you turn the focus, the faster it focuses (the slower you turn… you get the picture). I find fly-by-wire very hard to use for video as you never quite know where you’re gonna land, making it difficult to execute precise focus changes.

However, if you cross the stream between photo and video often and perhaps don’t rack focus too much when operating, for example if you shoot a lot of talking heads, then this could be a good choice.

The Rokinon AF 50mm f/1.4 FE is the brand’s first venture into auto focus lensing. Known for their cost-effective manual-only optics, this fly-by-wire FE lens offers a cheaper alternative for those seeking a photo/video-friendly option.

The ZEISS Loxia is just such a fantastic pairing to the Sony Alpha cameras. I own the 35mm version and it never leaves my Sony A7R II body for casual photos.

The latter means you can get nice and precise focus racks for video, and the aperture wheel is de-clickable so you can live aperture-adjust if you wish and maintain smooth exposure transitions.

Although slower than most on this list at F/2, it makes up for it in every other department. The 50mm Loxia lens is very well built and is also weather sealed, sporting the trademark blue gasket around the mount.

Rokinon 50mm T1.5 AS UMC Cine (not the APS-C version). Loads of people will already have this lens, as it offers a good, much more affordable alternative to the ZEISS Loxia. The Rokinon also has geared focus and iris wheel and is apparently T-stopped.

It misses the top spot for a few reasons, though, the biggest for me being that the E mount versions of these Cine lenses aren’t actually any smaller than the Canon/Nikon versions – Rokinon simply bolt on a permanent adaptor-sized end. You therefore may as well get the Canon version and use an adaptor to keep your future options open. 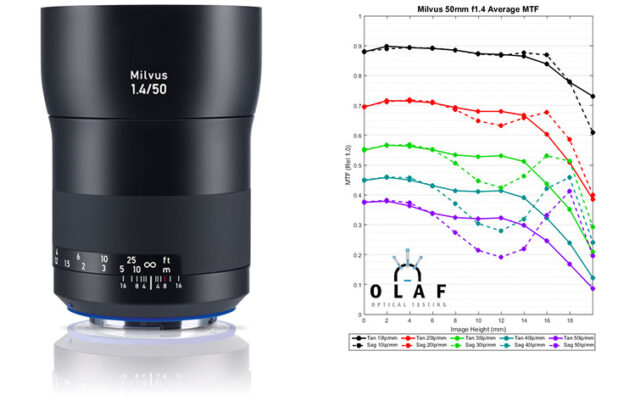 Speaking of keeping your options open, here is a non-native E mount lens making the list. It considerably bends the rules of this article, yes, but offers a very reasonable path to take when building your lens collection.

Your lens investment will always outgrow your camera body. That’s a fact. It’s natural, then, to consider lenses that offer you a whole host of options with future purchases, not just the camera you own at any given point. E mount by design is both utterly flexible and restrictive. Flexible in the fact that the flange distance is so short, that you can attach almost any lens onto your camera body with the right adapter. And restrictive from the point of view of the lens in that there’s very little (if no) other format an E mount lens will adapt with.

With this in mind, an adapted lens makes the list. And what better than one of the highest-performing lenses in its category. The ZEISS Milvus 50mm needs no introduction, with a premium build quality, manual focus, weather-sealing and stellar image performance. Shame there’s no manual aperture on the EF version.

With the Sigma MC-11 adapter, it apparently makes Auto focus tolerable on Sony Alpha systems with their non-native lenses.

It will probably get nods from many over the ZEISS Milvus for its price, but it misses the mark for me on the basis of one feature – its short focus throw.

Primarily a stills lens, all ART primes have a much shorter focus throw than full manual alternatives, making it harder to operate for video. 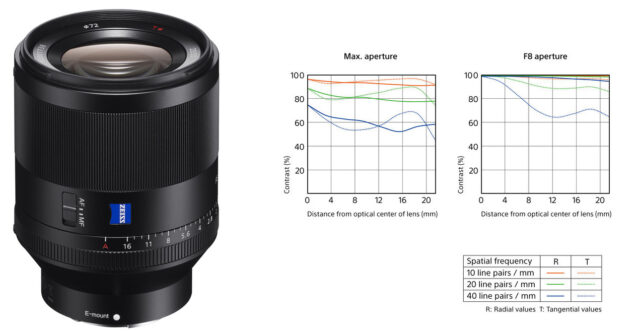 Since we’ve already opened the door to non-native lenses, maybe the Otus should sit here too. But attempting to claw back some article integrity, let’s rein it back in to E-mount.

The Sony Planar T* FE 50mm f/1.4 ZA is Sony’s flagship E mount 50mm. Although considerably bigger (and a little faster) than the 55mm f/1.8, it comes with increased image performance and makes for a better video/photo hybrid. 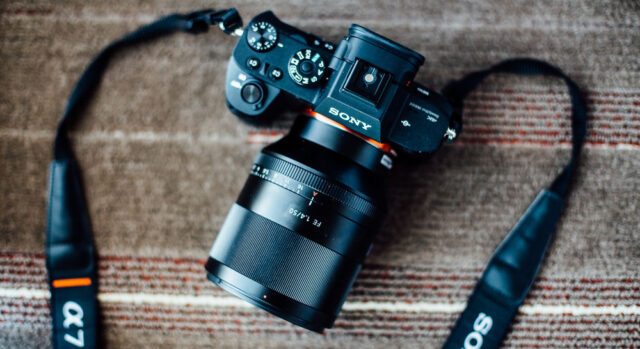 A plus for video shooters is the manual aperture that can be de-clicked. It also has auto focus, so will work well as a premium option to a stream-crosser also.

Either of the aforementioned ZEISS could sit here, but to save repeating I’ve pulled up a wild card. The Meyer-Optik Gorlitz Nocturnus 50mm f/0.95 II is as interesting as it is a mouthful. Exceptionally fast at f/0.95, you really only see this sort of max aperture on M4/3 systems where the sensor size and crop whittle it down to something average. This at Full Frame with the high ISO performance of the Alpha system could be the real deal. 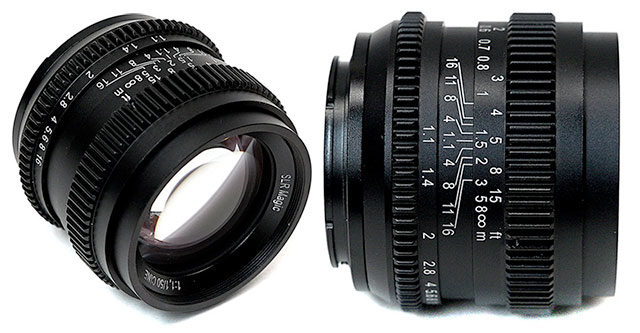 There’s many a project where the clinical look where everything is sharp and straight just goes out of the window, and for those it’s great to have some vintage-look options.
This type of shooter could also be quite a budget-conscious one, as many of the lenses that sit in this category are considerably cheaper in price.

The SLR Magic Cine 50mm f/1.1 is fast, cheap and small. We reviewed it here, and after a few concerns about edge sharpness, SLR Magic tweaked the design prior to full release – receptive. 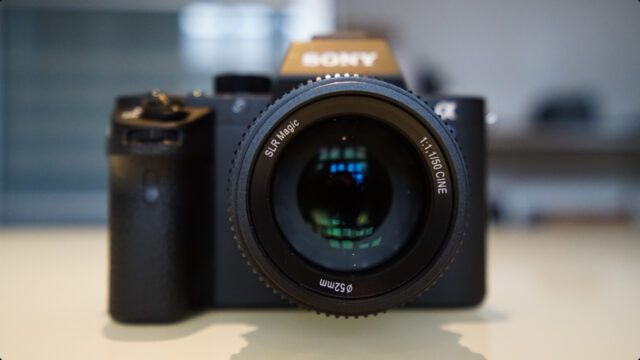 A little soft wide open and susceptible to flare, this lens fits the nostalgic bill nicely. The fact that it’s a native E mount also keeps it very small, much smaller in fact than any older vintage lens as those were designed for a mount that accommodates a mirror box, therefore requiring a large flange distance.

The SLR Magic Cine 50mm is fully manual, with geared focus and aperture rings. The latter is clickless.

There’s a plethora of suitable vintage lenses here. Again we break the native E mount rule to accommodate a larger range. As mentioned, all older lenses will be designed for 35mm film cameras that have a mirror box, so larger adapter are required to make up for the flange distance in Sony’s Alpha system.

Speaking from experience, the ZEISS 50mm f/1.7 Contax is a fantastic reliable vintage option. I picked up a version of one of these on eBay years ago for about $180. Great image performance for such an old lens, but has all those great quirky characteristics of a vintage prime.

So that’s my list of 50mm prime lenses for the Sony Alpha system. Of course it’s all subjective, so I’d love to know your thoughts and maybe your go-tos in either category. Let us know in the comments below!