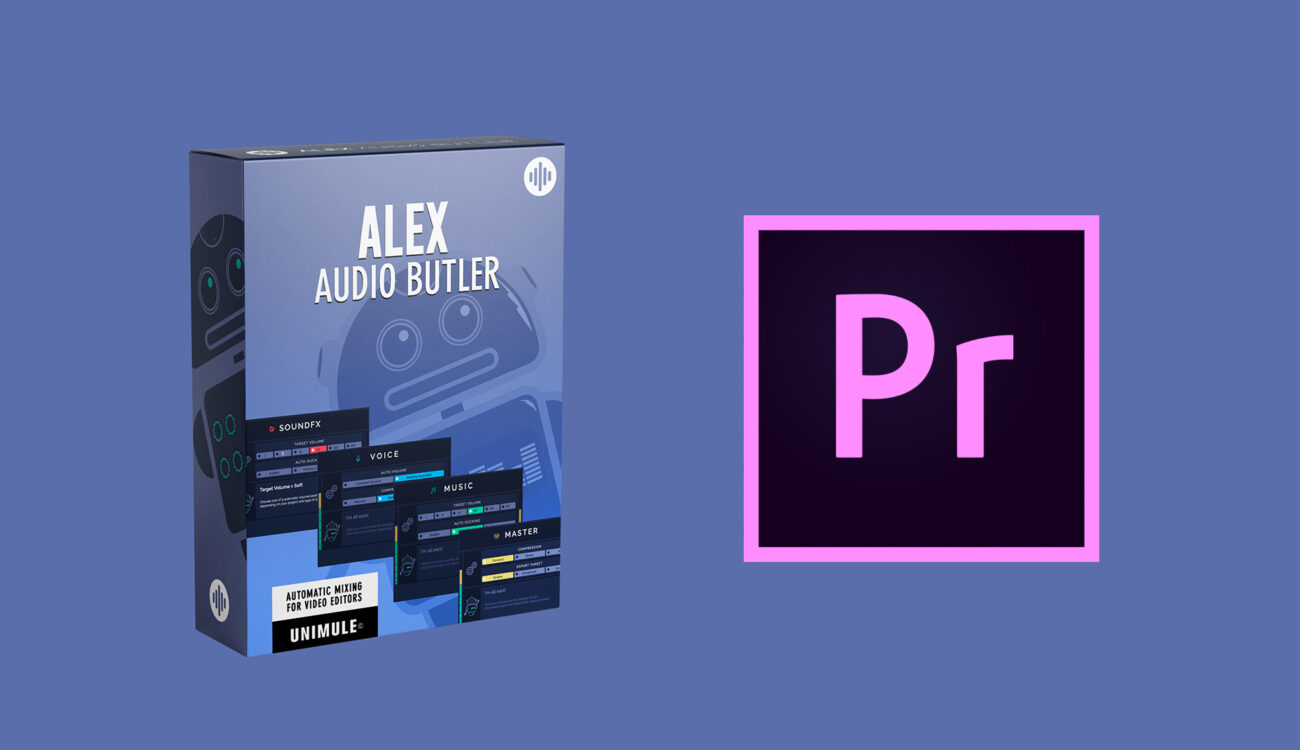 Unimule, a small independent company based in the Netherlands, has just released a useful plugin for Adobe Premiere Pro: Alex Audio Butler. This audio plugin is designed for video editors, YouTubers, and filmmakers that are tired of keyframing the sound level of their music and audio tracks by hands. Let’s take a closer look at how this plugin can save you hours of work!

What Is Audio Ducking?

Audio ducking is a technique that most of you already did without even knowing the name. The concept of audio ducking is to reduce the level of one audio signal when another signal comes in.

As filmmakers and video editors, we mainly do that when we have the voice of a talent and a piece of music. To make the voice of the person stand out – and be audible – the idea is to reduce the volume of the soundtrack.

The concept of audio ducking is quite simple, and you can do it by hand with some keyframes on your audio clips directly inside Adobe Premiere Pro (or any other NLE). Otherwise, if you ever did it by hand, it is a relatively fast task on a 30sec edit, but it takes much more time on longer edits. To solve that problem and save you hours of work by hand, a company called Unimule has just released an audio plugin called Alex Audio Butler. 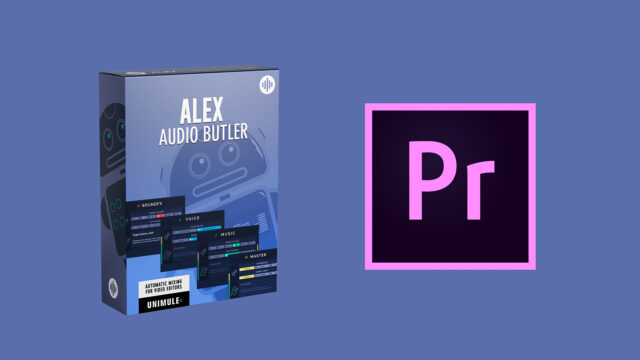 The concept behind Alex Audio Butler is quite simple: put the plugin on each of your audio track – as a VST in the audio track mixer – and let it do the magic for you. 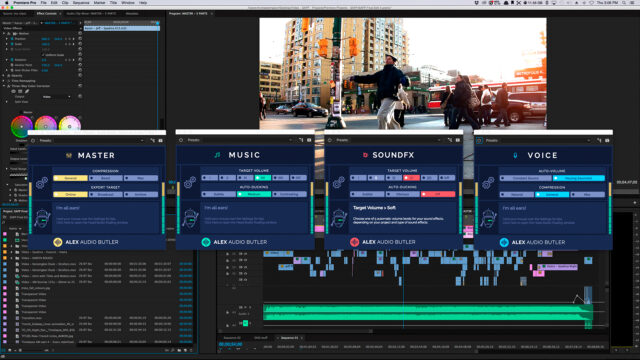 When you purchase Alex Audio Butler, it comes as a series of VST plugins, each with a dedicated purpose: Music/SoundFX/Voice/Master. You can have as many tracks as you want, as long as separate your audio tracks by “type” in your timeline.

Once applied, the plugins will automatically analyze your audio clips and do all the audio ducking tasks for you. Of course, you can click in each plugin to adjust the “strength” of the audio ducking according to the type of result you want.

My colleague Nino Leitner did a first test with the plugin and here is what he has to say about it:

“It works surprisingly well – I used one of our older video reviews and copied the music track and my voice-over freshly onto a timeline. Setting it up only takes a few seconds, because you have to assign an instance of Audio Butler to each audio track and define what it contains. But then, the action pretty much happens automatically. Music gets quieter when I’m speaking over it, and it gets louder again when I stop … and you can influence the “severity” of the effect through changing the attributes, without having to deal with dBs or anything like that. From a first quick test, I can say that for 95% of all Youtubers and people who do occasional voice-overs with music, this is perfect to use. I actually have been asking myself for years why a tool like that isn’t standard inside every single NLE software, because it really should be. It saves you so much time!”

What do you think of Alex Audio Butler? Is audio ducking something you often do? Let us know in the comments below!