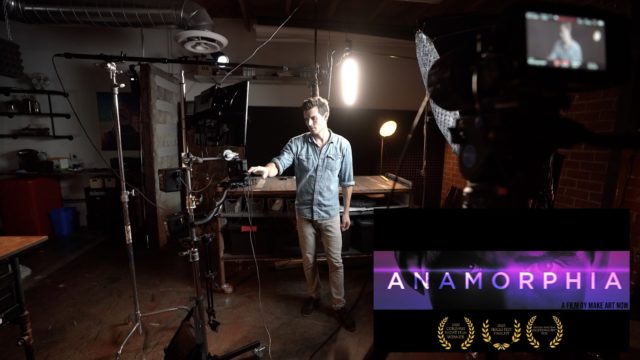 Anamorphia is an interesting video created by Josh Yeo who runs the MAKE.ART.NOW. Youtube channel. It is a review of VAZEN 40mm f/2 1.8x Anamorphic lens for Micro Four Thirds, but features such a high production value, that we decided to feature it on cinema5D. Read on to find more about the “[email protected]” project and the video’s backstory in a short interview with Josh Yeo.

When we came across a Youtube video called Anamorphia, we were really amazed by its incredibly high production value. The video is basically a review of an anamorphic lens for Micro Four Thirds cameras – the VAZEN 40mm f/2 1.8x (for more information about the lens, check our VAZEN 40mm review article with sample footage). Anamorphia is, however, so much different from all the other lens reviews out there, that we decided to write about it.

The video was made by Josh Yeo, who has been running a Youtube channel called MAKE. ART. NOW. for over two years now. Anamorphia features an interesting story, which even had to be modified to reflect the current COVID-19 lockdown situation (more on this later). When watching the video, it definitely reminded me of many scenes from Marvel’s Iron Man (and other movies), where protagonist Tony Stark was talking with J.A.R.V.I.S. all the time.

What is definitely worth mentioning, is the important message at the end of the video. Josh started participating in the [email protected] initiative, which uses the available computing power of registered users for simulating protein dynamics, including the process of protein folding and the movements of proteins implicated in a variety of diseases. 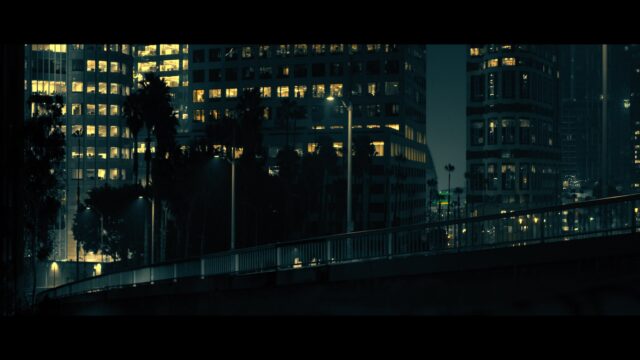 Insights from this data are helping scientists to better understand biology and possibly help find vaccines or cures earlier. The project has gotten a lot of attention lately as the whole world races to find an effective vaccine for COVID-19. If you happen to have some unused computing power, you can join the project as well.

I contacted Josh and asked him a few questions about Anamorphia. I think the resulting backstory is quite interesting.

cinema5D: How much work did you put into this project in total (From pre-production to the final upload)?

Josh: I started the project early in February 2020, with test shots with this lens and figuring out the story. This entailed riding through the financial district in Los Angeles on Sunday evenings when it is the most empty of car and foot traffic. I was mostly looking for interesting buildings that give the future tech vibe. I was also testing what the lens was particularly good at — this was the first time I had worked with an Anamorphic lens so I wanted to see what the big deal was about and make sure I got the information right. “Is anamorphic more than just lens flares and cinemascope”?  The shooting and editing, the whole piece took a little over a month in total, including pre-production and post. 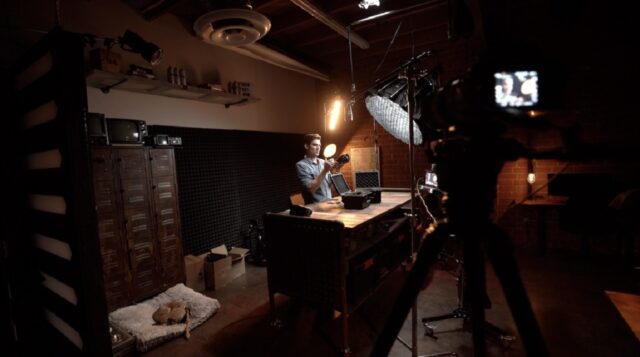 I took about a week or two off in between as the world started crumbling around me and I was stuck with no way to finish the story. I felt It was grossly irresponsible of me to give the audience the message it’s okay to break quarantine and take advantage of filming during all this.

cinema5D: You started this project before the COVID-19 pandemic outbreak and you had to re-write and re-edit it, as you said, to reflect the current situation. What was your original idea and how complicated was it to implement the changes?

Josh: The original story idea was a simple challenge to myself, could I shoot a vlog like a movie? Could I do a one-man show, and also shoot it myself?  Could I lean back on my roots as an actor and tell a story? Could I give the audience the information they would in a vlog, but thread a ‘grounded in plausibility’ theme through a semi imaginary circumstance?  Could I convince the audience of the relationship between the two characters? Would they sense friendship and loyalty?

I started the piece as it was shot, working on the drone and a package delivered.  I didn’t exactly know how I was going to end it, I had a few ideas – one of them entailed having the police chase me and have OTIS pick me up with a getaway vehicle… I did know that I wanted the drone to deliver the goods in an over-the-top way. 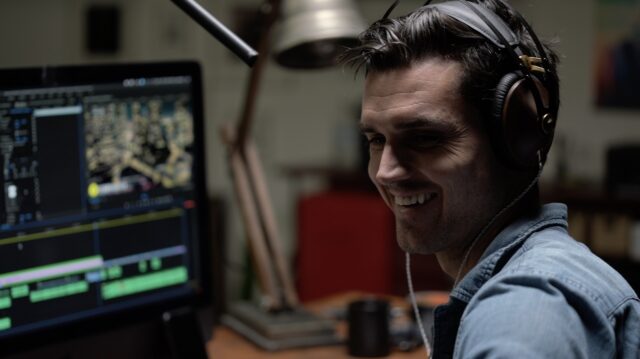 My writing to shooting process is a bit backward, or maybe circular is a better word.  I don’t write stories in advance, I tend to write and edit at the same time, allowing a more organic approach to storytelling. Often I go back and rewrite, re-edit, and reshoot.  So I never had an official ending mapped out, just a few vague ideas that I would try out when I got there in the timeline. One thing I knew for sure was I had to have a point of failure in the story so that OTIS and the drone could save me in this ridiculously overt way, and allow me to continue on my path.

Then the quarantine struck at that point I had shot about 3/4 of the film and had moved to pickup shots.  I personally felt like the rug had been ripped from under me as this new life emerged of fear, anxiety and obsessing over the news.  It felt wrong to tell the original story because of the message people might take away from it.  “Does MAKE ART NOW, say it’s okay to go outside and film”? I was torn. Do I abandon what I spent 2 weeks on and scrap it for later in time when it’s more appropriate? Or do I reshape the message, to embolden a sense of participation in others? Would it even be possible inside the same film? Could I weave a real call to action and make the piece not about me, but about hope. 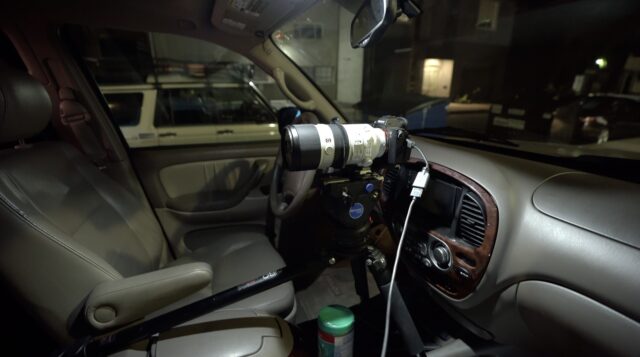 It took me a week of sleepless nights before the idea struck that I could be as reckless and carefree with my story as I wanted, as long as I awoke to the grounded reality. There is the terrible cliche in Hollywood that when you write yourself into a wall, you can always rely on a “dream sequence”. I’m glad I got to experience that now in the youth of my career and not later when the stakes might be higher.

Jakub: What software did you use for the whole post-production process (edit, animations, grading)?

Josh: The edit was handled on Premiere Pro 2020 and the color grading was handled in DaVinci Resolve 16.  I edited and color graded everything, I even did a few animations in After effects, but not much— as that program is still a bit new for me.

Jakub: What was the biggest challenge of this project for you?

Josh: I think the biggest challenge in making this film, if I’m honest, was working up the courage to put on the actor hat again. I was a failed actor in Hollywood, I never got any traction, never any real shot at doing what I had trained to do. I loved the training and I performed well in class, but I failed at auditioning and never booked a sizable role that would keep me pursuing the lost cause. When I left the acting scene back in 2016, it felt like a breakup, I felt like an utter failure. 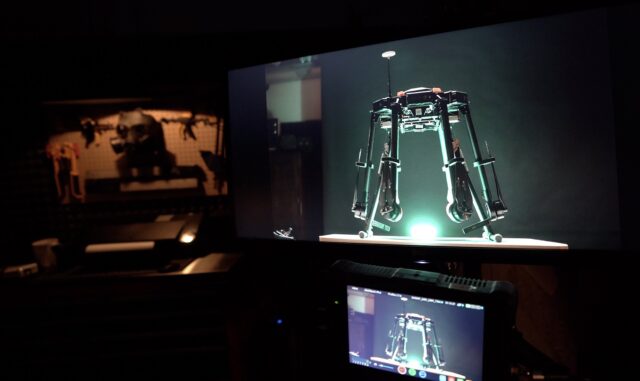 I had spent 8-9 years, and tens of thousands of dollars chasing something that never really wanted anything to do with me, so I closed the door on it like you would on a cheating ex-girlfriend. So for me to then say “let’s give it another shot” and put my head squarely on a chopping block, was a level of courage I had not worked up to yet. After all, If this experiment failed, there’d be only one person to blame.

Jakub: Is there anything else you would like to say?

I say all this because, as a one-man-show, you would think this MUST be some preternatural talent, but it’s not. What I can do, you can do. It’s just layers upon layers upon layers, no different than how a skilled carpenter would build a table, one step at a time. Don’t believe me? Watch that first episode.

In reference to the last sentence from Josh’s last answer, I am putting a link to his first Youtube video from January 2018 right here. What do you think when comparing this to his latest project Anamorphia?

What do you think about Anamorphia? How has filmmaking art progressed on Youtube over the last few years? What are your favorite filmmaking Youtube channels? Let us know in the comment section below the article.