The chinese manufacturer VAZEN has recently announced a line of 3 new anamorphic lenses for the Micro Four Thirds mount. Wait a minute – for Micro Four Thirds!? Interested to see sample footage? Read on …

Those of you who followed my recent posts know that I have a great relationship with Micro Four Thirds (MFT). It was my entry into large sensor filmmaking 10 years ago, and I was (and still am) fascinated by the possibilities this format has offered over the years.

I started to collect old, affordable glass (like the Canon FD’s) which offer shallow depth of field while not being supersharp, hence taking the “digital edge” off the image and enabling a dreamy emotional atmosphere.

Anamorphic shooting always interested me, as I knew it is an essential ingredient of the “cinematic look”, but I never got into it because lenses are not affordable, and the MFT crop of 2x  hampers the ability to shoot wide and I didn’t want to deal with anamorphic adapters as an add-on to my standard lenses.

And here comes VAZEN, a chinese company offering a range of anamorphic lenses specifically for the MFT mount – quite amazing how far this format has come! 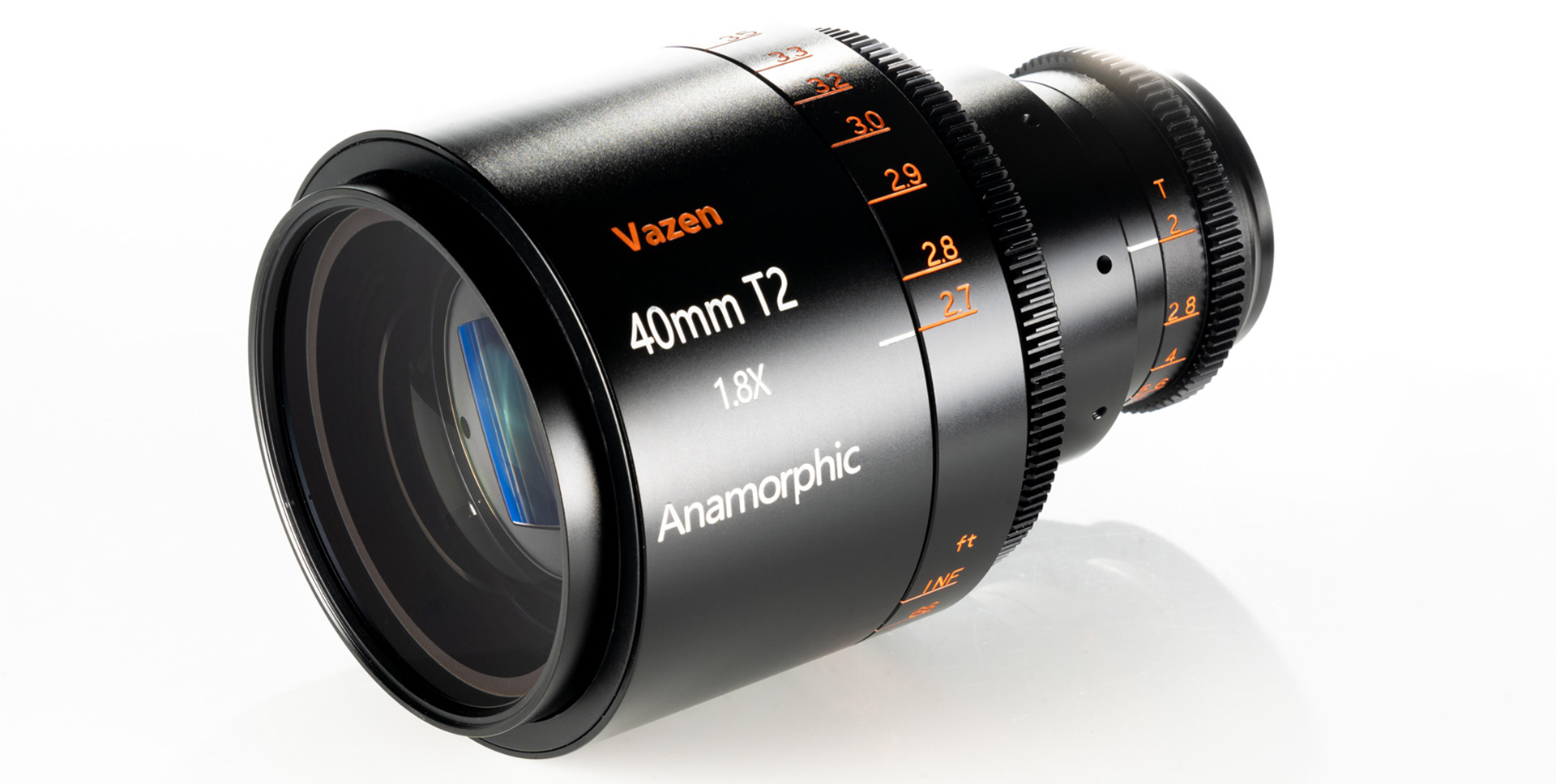 When my colleagues at cinema5D told me this loaner lens has arrived at the office for testing, I couldn’t resist and took it for a spin – so, this is my first time using an anamorphic lens, so please take a look at my sample footage and let me know in the comments below if I missed anything!

If you are interested in more details of the specification of this lens, take a look at the article of our colleague Olaf here.

In order to see how this lens performs, I shot both day and night footage with it. For the test I used the Z CAM E2 which offers an almost full sensor 3696 x 2772 4:3 mode handheld at 23.98fps ProResHQ which desqueezes nicely to a cinema widescreen format of about 1:2.4. Also, you can select a desqueezed image preview in camera.

If you are interested which anamorphic modes different MFT cameras on the market offer, take a look at the article of Tito here.

At night, I used the lens wide open at T/2 for all the shots – having such a fast aperture at your disposal is a big plus. In general, the lens is a bit soft at T2 (reminding me of legacy glass), which is not a bad thing in my opinion. Also, it has a field curvature, especially noticable at faster apertures – for example at almost infinity focus, areas in the center can be in focus while areas on the outside are soft – or vice versa by adjusting the focus ring.

The lens becomes tack sharp however when stopping down, and the more you stop down the more modern and contrasty the look becomes.

As you can see above, at T2 you get these buttery smooth, oval out-of-focus areas which are a key characteristic of anamorphic glass. The minimum focus distance of 82cm permits to get relatively close to your subject, so you can create a very blurry background if needed.

In daylight I was using a Vocas matte box with a 0.9 and 0.6 ND filter inserted to bring the exposure down, in addition I mostly stopped down to T/4 or slower. The lens still renders fine blue horizontal streaks at higher aperture values, and the background stays smooth. Also, in the image below the “swirly bokeh” characteristics becomes obvious – something which I personally like a lot.

Also, as you can see in the wide shot above, the lens has a beautiful rendition of out of focus fore and background areas. All in all, I like very much what I see! But as mentioned above, let me know what you think seeing these images!

Things to be aware of

Because the lens comes as it is without any lens support or tripod collar, I initially made the mistake to put it on a tripod via the Z CAM E2 – and wondered later in front of my computer why certain areas of the image are blurry –  for example the top half at infinity focus. Until I noticed that the lens mount flexes significantly, mainly because of the weight of the lens (1.8kg). Thats a disadvantage of the MFT lens mount which was never designed for heavy lenses. Therefore, make sure you support the lens properly when rigging up your camera!

Hence, for all the shots in the video and the corresponding screen grabs above I went handheld as I didn’t have any fitting rods or support pieces with me. The handheld worked quite nicely, as the weight of the setup helps and the Z CAM E2 has a very low rolling shutter (11.1 [ms]).

The second thing to be aware of is the rather large focus throw of 300° – probably nice when using a follow focus, too much for focus adjustments via your hand. In short, I was not properly rigged for this shoot, and this is hardly the fault of the lens.

Thirdly, the lens breathes quite significantly and the very nature of an anamorphic lens creates a shape distortion of objects in focus, that are thrown out of focus by a focus pull (see two examples in the video) – can be distracting.

The VAZEN anamorphic 1.8x 40mm T2 lens is the one lens that I could imagine shooting an entire film with. The field of view corresponds more or less to a 40mm lens on a full frame sensor – a sweet spot for filmmaking – and quite close to the 35mm “never comes off my camera” lens for many shooters.

This is certainly less of a run & gun lens – the whole setup with matte box and support somewhat defies the small form factor philosophy of MFT. But if you intend to get that signature, widescreen look that screams “cinematic” I highly suggest you go for it!

I hope that local rental houses will add this lens to their portfolio as it has a price tag of 3250 USD which is typically not the price range MFT shooters are looking at when buying their lenses, so renting should be a nice option. However compared to many other anamorphics on the market, it’s a steal.

Have you shot with anamorphic lenses? What do you think of this lens? Let us know in the comments below!