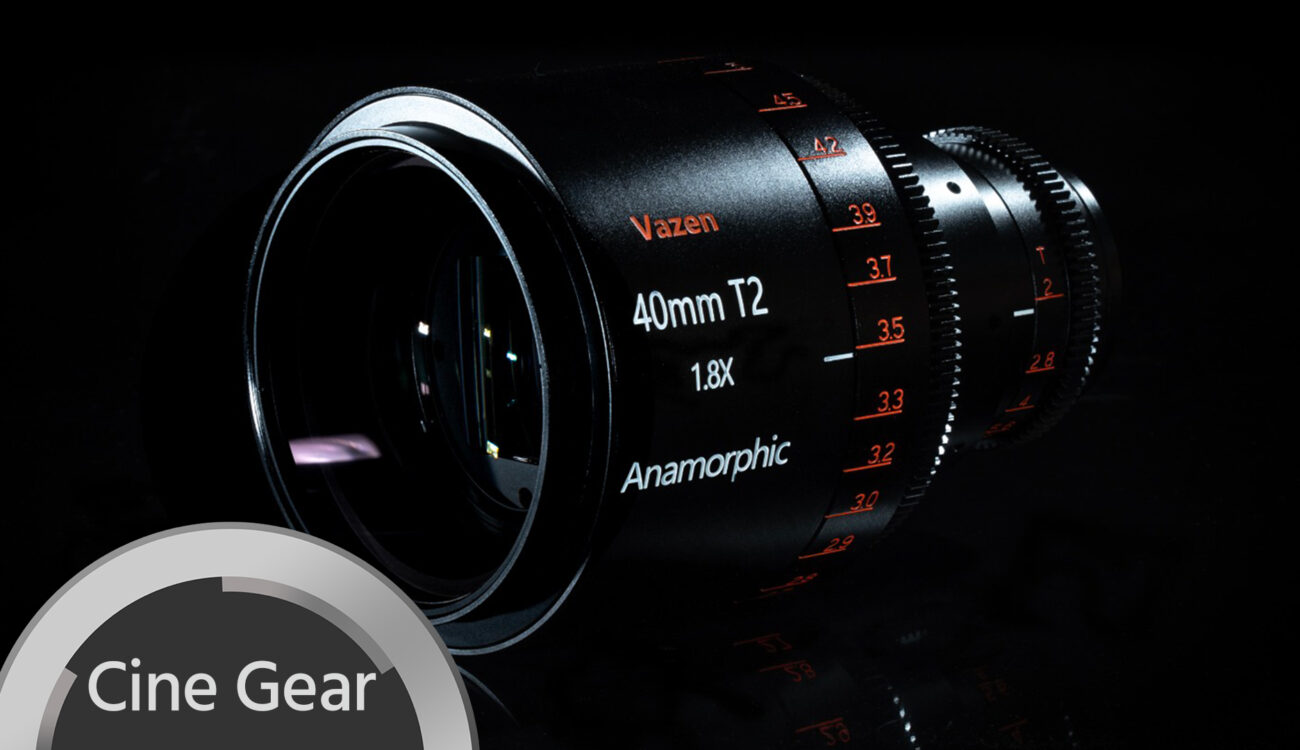 What’s the secret sauce to that cinematic look? One of the ingredients is using anamorphic lenses rather than spherical ones, that’s for sure. Vazen is a new company and their first product is a pretty special lens: A 40mm T2 1.8x anamorphic prime lens designed for micro four thirds sensors. 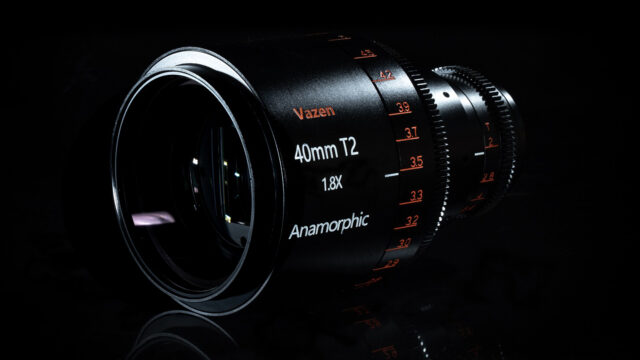 Vazen, or VZ for short, is not the first brand to launch anamorphic lenses for MFT (mirco four thirds) sized sensors. But this Vazen 40mm T2 anamorphic, the first out of a set of three lenses, seems to offer a well-made housing along with very decent optical performance. First tests will tell us more about the quality of this lens but it looks good, indeed.

This 40mm prime is the first lens of the set of three lenses in total. A 28mm and a 65mm will follow towards the end of 2019. The 40mm will be available by the end of June.

The lens itself is pretty heavy (3.97 lbs / 1.8kg), so expect to tweak your existing rig in order to support it a bit if necessary. As you can see below, the Vazen dwarfs an attached LUMIX GH5. You can blame the front anamorphic design and the 110mm front element for this.

Both, the focus ring and the iris ring sport standard 0.8mod cine gears and the focus throw is 300°, which is very handy when using a follow focus, but not so much when operating the focus ring with your hand. Minimum focus distance is 2.7′ (82 cm).

The Vazen line of new lenses offers a 1.8x anamorphic squeeze, which is not quite the 2x “Hollywood” squeeze but – given its MFT design – it gives you an impressive 2.39:1 aspect ratio when used with 4:3 MFT sensors found in the Panasonic LUMIX GH5 or the Z Cam E2. The BMPCC 4K can also handle this Vazen lens, yet since it sports a 16:9 sensor some cropping will be necessary in post.

Since seeing is believing, you can watch two short demo clips of the Vazen 40mm T2 below:

It definitely looks pretty good to my eye, but again, we’ll have to wait for a few more tests and see if the look matches the build quality and how this lens performs under varying conditions. 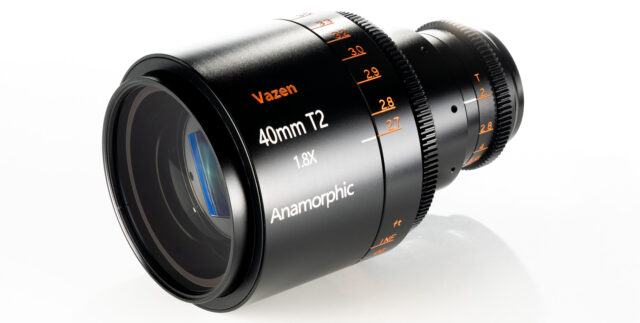 What do you think? Would you buy one of these lenses or do you prefer buying long-standing brands instead? What are your thoughts about anamorphic shooting on MFT sensors? Let us know in the comments below!